Since his 2013’s ‘Birdz Eye View’ EP release, BIRDZ has been at the forefront of the emerging  hip hop movement in Australia.  After a slew of incredible singles including the anthemic call to action ‘BLACK LIVES MATTER’,  the thought provoking, heart string pulling ‘RISE’ and his most recent release ‘THIS SIDE’ Featuring Darwin’s Serina Pech the young emcee has now delivered his highly anticipated debut album ‘TRAIN OF THOUGHT’ and he did not disappoint. 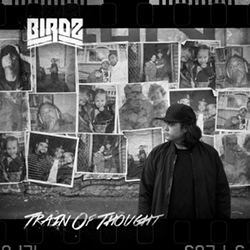 BIRDZ has made a name for himself as a rapper with something to say and is not shy about it. The Northern Territory rappers 12 track debut album  is a no holds barred examination of Indigenous Australia. Tracks like Questions and Testify are harrowing insights of abuse of power and the effects on people’s lives and latest single This Side shows BIRDZ artistic range, bringing out RnB and harmonic influences to the front.  Lessons gives us insight to his childhood life, and title track Train of Thought, is BIRDZ defending his right to be who he wants to be. Tracks like Black Lives Matter may have given him the tag as a political rapper but the tracks true power lies in the songs’ ties to his own life. “Political” are really just labels that other people have given them. What we have here is an album of stories from the heart of BIRDZ. From his perspective. It’s in the realness and true tales of an artist who is expressing inner frustrations that gives the album an authenticity, that is BIRDZ’s greatest strength.

‘TRAIN OF THOUGHT’ is powerful not only  in that it highlights unique indigenous hardships, but human existence.

Throughout his career BIRDZ has received critical acclaim and support from the national broadcaster Triple J, Triple J Unearthed, community radio nationally and media across the board;

“A continuous power force. Every song is compelling and full of strength” JJJ UNEARTHED

“Birdz’s passion and conviction is off the charts”  TRIPLE J

“The content in Birdz’ songs is abundantly important, and he still manages to be musically interesting and creative plus, the dude got skills for days!” THE MUSIC

Now signed to the Briggs lead record label, BAD APPLES MUSIC  BIRDZ shares a roster with other determined and empowered hip hop artists who not only share the same vision but support each other in their artistic journey. 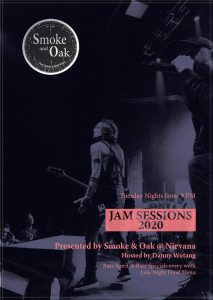