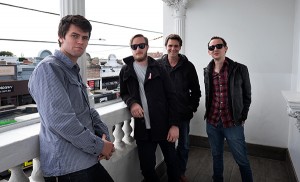 Ward Hancock and the Bastard Sons in Melbourne 2016

Former Darwin local Ward Hancock, and The Bastard Sons are an electric, energetic four piece that chop and change from Funk, Blues and Reggae – specialising in long sweeping jams and intense breakdowns. Although from opposite sides of the country – Darwin, Yuendumu and Fish Creek – the mystical power of music brought them together in Melbourne.

Fronted by singer, songwriter and guitarist Ward Hancock – with a silky falsetto, dynamic voice and soulful guitar playing likened to John Mayor and Stevie Ray Vaughn – the Bastard Sons produce a hot rhythm section like no other – beefy basslines full of attitude, tight grooves filled with flavour and skilfu 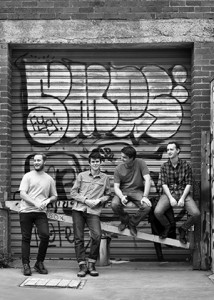 Ward Hancock and the Bastard Sons in Melbourne 2016

With songs of love, loss, modern mindsets and problems Ward Hancock has toured with a band around the North – from Kunnunarra to Broome, Timber Creek and Katherine – he’s managed to get even the most un-rhythmic of characters up and dancing in the Territory’s hardest pubs.

So whether it be a monsoon downpour, hail or shine, Ward Hancock and The Bastard Sons are sure to the bring the Funk and get feet tapping, heads nodding and bodies moving.