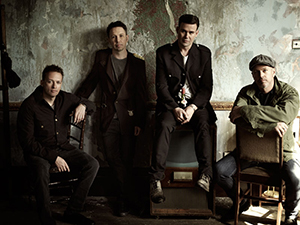 Bigger and better and back for its second year Shakafest is a reflection of the Gold Coast’s street scene combining Hip Hop, Grunge, Surf Rock, graffiti art as well as a massive half pipe with all round skaters to create the ultimate skate demo.

Promoter Tamie Bennett states ‘Shakafest aims to combine all of the Gold Coasts most loved past times into one unique mini festival by bringing together skate, a mixed genre lineup, live graffiti and market stalls. We are creating an experience that will appeal to a diverse community on the coast and we are happy to be the leader in in such a gathering.’ 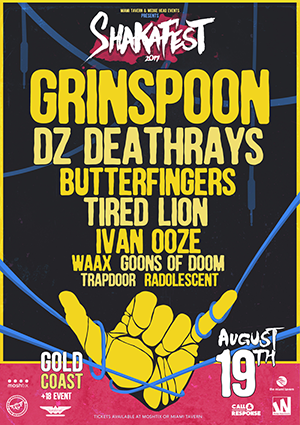 It’s time to hang loose once again at the best new street festival on the Gold Coast!

Shakafest goes down on Saturday 19th of August at The Miami Tavern Precinct, early bird tickets go on sale through Moshtix on the 10th of April 2017 at 9am.

TICKETS ON SALE MONDAY 10TH OF APRIL VIA MOSHTIX

Sweat Season presents: DJ Mangohig w/ Jenelle Saunders
You’ll begin surrounded by a special a-cappella arrangement of raw human voices. You may notice a lone dancer embodying the visceral. This leads into a shared duet crafted from The Collective and for the people. Next will come plump bursts of sound, each building to further inspire your newfound movement and uninhibited freedom. A crescendo of ripe beats will take you on your way to embracing the heady, seasonal night. Soak the sweat in.
FREE EVENT
Sweat Season carves out space for the creation of enmeshed experiences specific to the local place, environment and people of Garrmalang/Darwin

Welcome back to 2021.
We are back again and happy to play along side D-Day.
Come on down and support your local band and DJ.