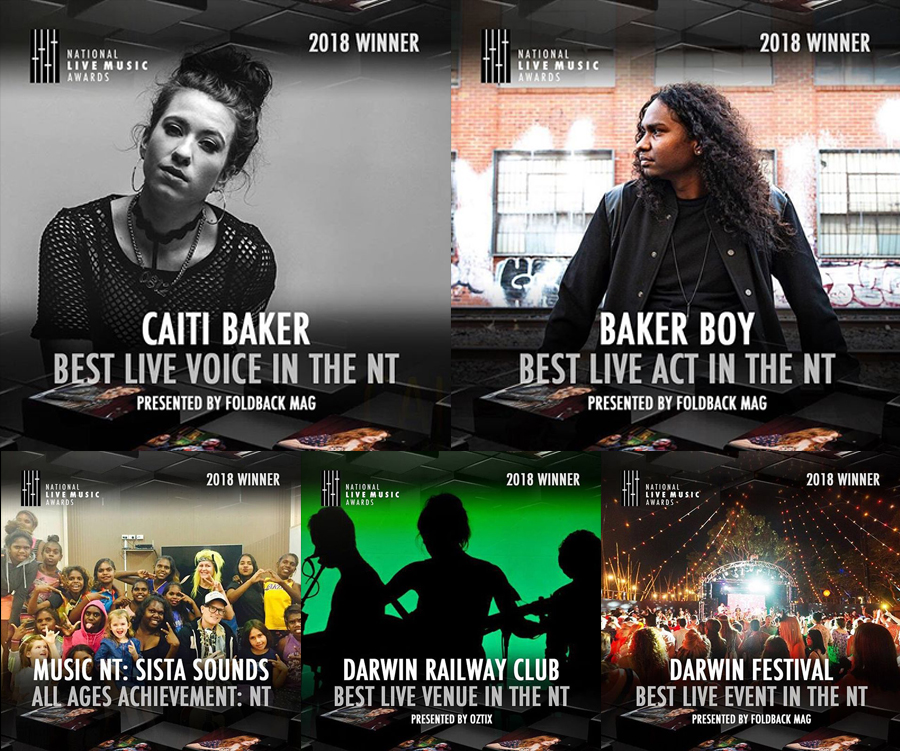 Foldback Magazine is proud to be media partners for the 3rd annual National Live Music Awards for the Northern Territory Division, held at the Darwin Railway Club. These awards were held simultaneously on Thursday, 6th December 2018 in each individual State and Territory, as well as a National category in Wollongong New South Wales.

The National Live Music Awards is unique in recognising the special value that live performance brings to our collective musical culture in this country, and the awards recognising NT performing artists helps to give them a voice nationally.

Here are your winners: