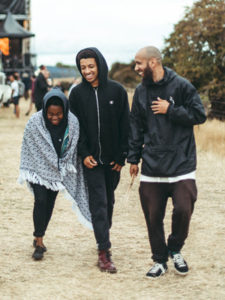 Darwin crew! Hip-hop legends Remi. and Sampa The Great are playing at The Beachfront Hotel Nightcliff this Saturday July 8 on the last leg of their national Fire Sign Tour. Thanks to Perambulator Records, Foldback Magazine is giving away two free double passes to the show!

REMI. will also be making a meet-and-greet appearance at Top End Music Centre, 26 Stuart Highway, Stuart park on Friday July 7 at 5.00pm, which will be live-streamed by Foldback Magazine on Facebook. For a chance to win one of two double passes to the Beachfront Hotel gig, here is what you have to do:

1. In 50 words or less, tell us why you think you deserve to win a free double-pass to see REMI and Sampa The Great’s Fire Sign show at the Beachfront Hotel on Saturday July 8 by writing in the comments below and ‘liking and sharing’ this post. The two most original and compelling comments will be chosen by Foldback’s editorial team and the decision is final;

2. Winners will be announced on Foldback’s Facebook page Thursday July 6 at 8.00pm so make sure you keep an eye on Facebook for that!

And…if you want to meet two of the hippest Australian hip-hop acts in the country, head on down to Top End Music Centre at 5.00pm Friday July 7!!