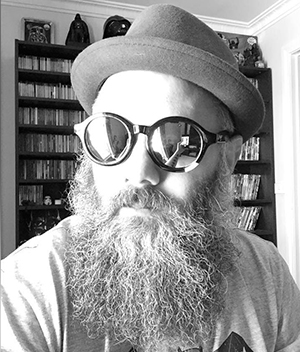 Adam Glynn has been at the forefront of the Australian Alternative/Metal scene since 1994 and has fronted some of Australia’s more unique acts such as FIVE STAR PRISON CELL and FRANKENBOK.

Adam has been compared to the likes of Mike Patton for his creativity, vocal diversity and is renown for his live performances with intensity, energy, humour and left of centre approach to music. Adam has also been involved in various side projects with members of ANNE OF THE WOLVES, CIRCLES and TWELVE FOOT NINJA.

2017 sees Adam return from a hiatus of music and step out as a solo artist and composer on his debut album: THE VOGUE OF AMBITION.

This new body of work, although strange and unique is still something he has never really done before and is a complete 180 from his Metal background. The new album sees him experimenting with more ambience, creating a body of work that is more of an experience than an album of songs. Adam has created 12 very versatile tracks that experiment with various genres, samples and several pieces that are in fact all made up of just vocal manipulation and layering with no instruments or samples at all.

Adam over his diverse musical career has shared stages with the likes of SLAYER, JEWEL, DANZIG, SYSTEM OF A DOWN, SILVER-CHAIR, BLOODUSTER, CLUTCH, SPIDER-BAIT, THE DILLINGER ESCAPE PLAN, KARNIVOOL, TEX PERKINS and MACHINE HEAD. 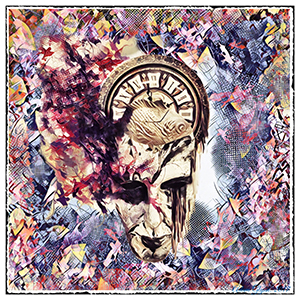 THE VOGUE OF AMBITION album is a digital only release available to stream via www.adamglynn.bandcamp.com