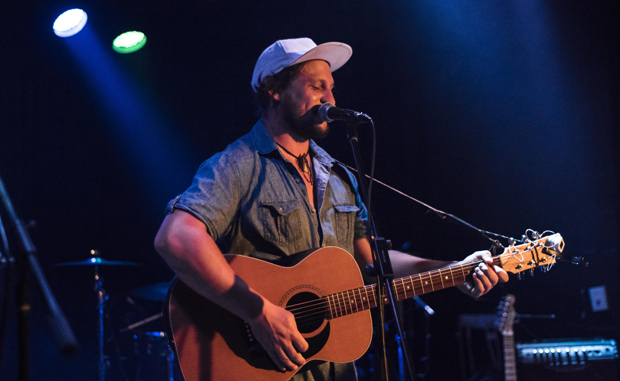 Foldback Magazine caught up with Darwin folk/reggae/blues singer-songwriter Ben Evolent to talk about his new EP ‘Next Time’, his (until recently) nomadic lifestyle and his love of teaching music and developing future artists in the Territory

Sitting on the verandah of a typical Darwin elevated house in suburban Alawa, you could be forgiven for thinking that Ben Evolent (Joshua Tarca) was anything other than a wandering minstrel with musical stories to tell about his nomadic life and vast travel around the world. He seems happy, relaxed and settled in the home he has made for himself and his partner and perhaps he is settled, for now at least.

Having spent eleven or so years travelling the country and the world playing music, including two stints in Africa and a period playing in a band on the east coast of Australia, the South Australian native put up stumps in Darwin a few years ago and for the moment is concentrating on getting his music out in the form of his new EP ‘Next Time’. Says Ben of his travels: 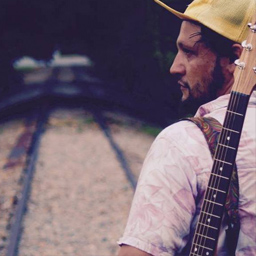 “I left SA pretty much as soon as I finished high school and went cruising up the east coast originally, then cruised over to New Zealand, went and lived over in Africa for three years. I was in Ethiopia for a long time, worked in Kenya for a bit and did some recording down in Malawi – so basically from Ethiopia all the way down to Zimbabwe.”

Finding himself (randomly, as he says) working as a tour guide in the Top End, a chance conversation with a client saw him apply for a job delivering music lessons on the Tiwi Islands in a program that ran for two years. He remains a music teacher to this day and he is always welcome on the islands and other communities he has worked in due to the enduring relationships he forged with the children and parents in those places. As Ben notes:

“You just see your impact (on the communities) through music. It’s amazing, you know. You are planting seeds for the future and if one of these guys picks up music later or just to keep themselves out of trouble, or to follow it through, that is so rewarding for everyone.”

This altruistic side of Ben is complimented by his easy, laid back nature and no doubt this is all a result of his natural style coupled the many years and miles he has travelled and the many different people from all walks of life he has encountered over the years, making for a young artist able to easily connect with people. This attitude to life and to people comes out in his music. 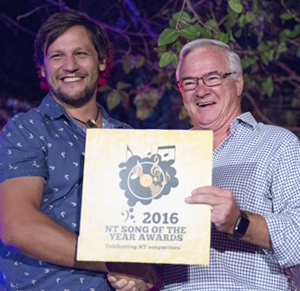 ‘Next Time’ is Ben Evolent’s second EP and includes the titular single that saw him win the Tourism Territory category of the 2016 NT Song of the Year Awards. His prize for this included a free music video and resulted in the track featuring on a number of Tourism NT video campaigns. As a traveller and adventurer, Ben has produced in the single ‘Next Time’ a country-folk anthem that captures a carefree spirit, a ‘she’ll be right’ attitude that knows not to worry as something will always turn up – there will always be a ‘next time’.  A very catchy track, one can see why it was picked up by Tourism NT. The accompanying video is world class, highlights some great Top End scenery (and weather) while getting its message across – the song is not lost in hyperbole. The bass line is inspired and driving.

Of the other tracks on the EP, a personal favourite of the writer is ‘Winner’ – a driven, country-bluesy number that also has the potential to be an anthem for this songwriter. This will get people up and grooving. Some almost subliminal slide guitar sitting in the background complements perfectly an aggressive, rolling bass line, all cleverly interrupted by an inspired clap-fest of a breakdown towards the end. This song has attitude to burn.

Juxtapose that with the folksy ‘Larry Kin’, all violin and female backing vocals, as well as with the floaty, ethereal ballad ‘Gentle Friend’ and you can see the versatility of this artist. A gravelly blues voice on some tracks, an imploring lilt on others and an ability to mix up his genres makes this singer-songwriter anything but a one-trick pony. The stomp-boxy ‘Riddle’ features some fulsome harmonica and will git yer up dancin’.

Ben Evolent has shown us with this EP that he has grown into his own musical skin. It is confident without being pushy, much like the artist himself.  Production values are top-notch (Duane Preston strikes again). It is very playable and accessible with a wide appeal and no doubt a great stepping-stone for which to build his future success. If he never makes another EP, he can certainly be proud of this one.

Ben is launching the EP ‘Next Time’ with band Friday, March 24 at the Darwin Railway Club. Support by Melanie Gray and Paul Brandis.

Winner of the 2016 NT Song of the Year TourismNT Song.