The Barunga Festival, one of Australia‟s most important cultural events has announced its 2017 program will be held from June 9 – 11.

With thirty-three years as Indigenous Australia’s premier destination for music, sportand culture, Barunga holds a special place in the nation‟s history as the birthplace of Bob Hawke‟s Barunga Statement which called for a Treaty with Indigenous people which was the inspiration for Yothu Yindi‟s iconic anthem.

The event attracts over 4000 people to the Northern Territory, showcasing the Katherine region in all its aesthetic and cultural beauty. With an audience of over 65% Indigenous attendees, the event has become an important and immersive experience for both Australians and travellers seeking a unique and authentic experience of Indigenous Australia.

This year‟s event sees an amazing lineup of musical talent including Missy Higgins, Bunna Laurie, Skinnyfish Sound System as well as a special appearance by Justine Clarke who will perform with students from the Barunga School and Coloured Stone who will be celebrating their 40-year anniversary.

“I had such an amazing experience at Barunga Festival when I attended a few years ago,” said Missy Higgins. “I loved being immersed in the local culture and getting to see some really awesome bands from surrounding communities. I’m super excited to go back this time to be a part of the musical line up.” 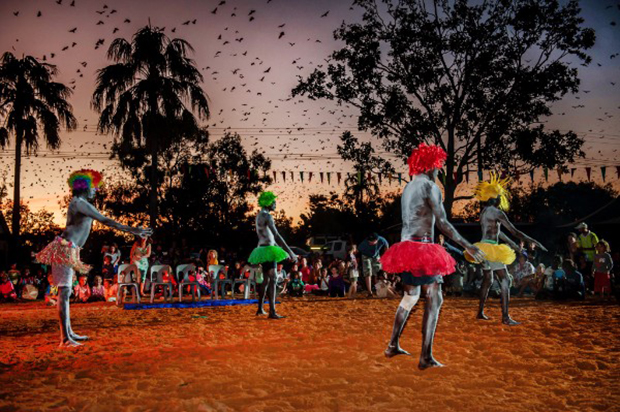 “The meaning of the word Barunga is ‘a happy place for families to live’, and that’s exactly what we want for the festival, a happy place for people to come an enjoy themselves.”
Jamie Ahfat – Barunga Community Member

The event has a healthy food policy, with a range of cuisines on offer as well as a 100% drug, smoke and alcohol free policy to ensure the family spirit of the Barungacommunity is maintained. A road safety short film competition will also be held in communities throughout the leadup to Barunga with shortlisted films screened under a blanket of stars on the main stage big screen.

Barunga is not about political dialogue or fine art sales, it is an inclusive community event that doesn‟t talk about reconciliation, it lives it. It is a platform for cross cultural participation for both Indigenous and non- Indigenous alike, where Australians eat together, dance together, play together, learn together and meet each other‟s families.

Barunga isn’t staged for cameras or created for tourists. Barunga is a real community
welcoming you to their home to celebrate all that is great about being Australian through their eyes. Whether you fly, drive or walk, make sure Barunga is on your calendar this June and change the way you see Australia. 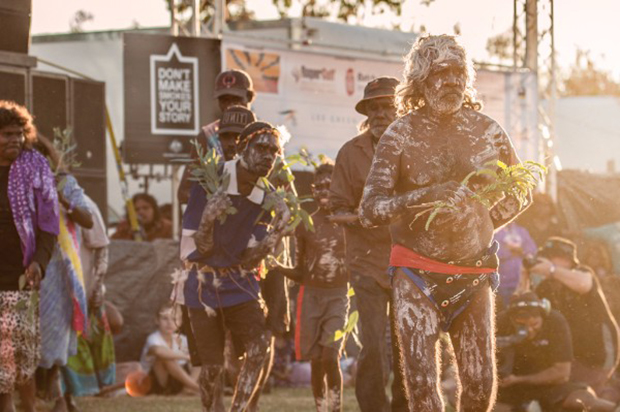 “We had emerged early that day from campsites among the paperbarks and pandanus trees of Barunga’s bushland backyards. Some joined a Kriol language class by the river (”light Kriol” is primary among the seven first tongues spoken here) or watched a barefoot basketball game between teams from places such as Papunya, near Alice Springs, or Kununurra in Western Australia.

Kids spent the day in a fury of fun on a water slide and a climbing wall, while white women sat with a local woman, Diane, weaving baskets from pandanus fronds and marvelling at how long it took. Nearby, in the sun, white men endeavoured to strip and sand termite-hollowed logs into didgeridoos under the watchful eye of Barunga local Jamie Ahfat.
Kate Hennessy – The Guardian

Tickets Are Available Now via Moshtix or at the gate
http://www.moshtix.com.au/v2/event/barunga-festival-2017/92335