The 2018 Barunga Festival again proved to be one of Australia’s most important cultural events, with its biggest turnout ever of over 4,000 people descending on the remote Aboriginal community east of Katherine to witness and share in Indigenous music, sport and culture.

In 2015, the Festival’s 30th anniversary celebrations prompted renewed calls for the long-awaited treaty promised by Bob Hawke in 1988. It was also the last time that Barunga audiences were treated to an intimate performance by the late Dr G Yunupingu. 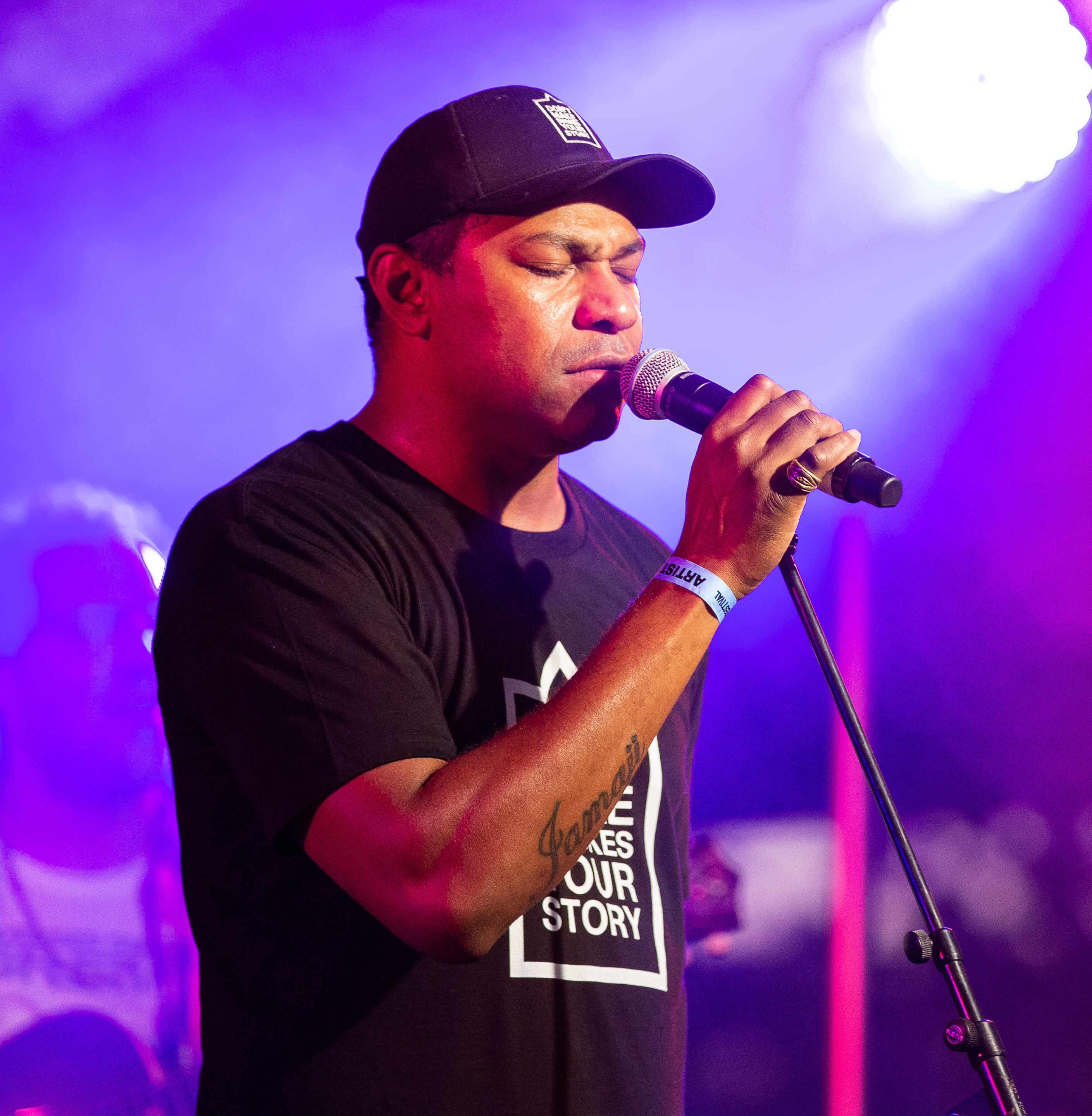 The 2018 Barunga Festival finally delivered concrete action towards a Northern Territory treaty, with the Barunga agreement signed by the NT Government and the NT’s four land councils on the opening day of the Festival. Another standout moment saw Galiwin’ku’s Saltwater Band and dancers perform a moving tribute to the late Dr G.

The all-Indigenous line up featured performers from across the NT and Australia, including Shellie Morris and Dhapanbal Yunupingu, Tasman Keith, Dewayne Everettsmith, Tjupi Band and the Black Rock Band. Yirrmal, Lonely Boys, B2M and Mambali Band, some of the most well-known contemporary Indigenous bands to emerge from the Northern Territory, were crowd favourites.

While most of the performers were men, all-female band Ripple Effect took the stage on Saturday night with a rock and roots set performed by the band’s seven women from Maningrida and manager Jodie Kell, swapping languages and instruments between songs.

Shellie Morris and Dhapanbal Yunupingu, the daughter of the famous lead singer of Yothu Yindi, Dr Yunipingu, performed an intimate and moving set on the APRA stage by the creek, with a mix of contemporary and traditional songs.

Skinnyfish Sound System collaborated with Mambali, the Lonely Boys and B2M on Sunday night to create a modern tribal late-night dance party that had crowds going wild and dancing in the dust to the strong beats, yidaki and vocals. 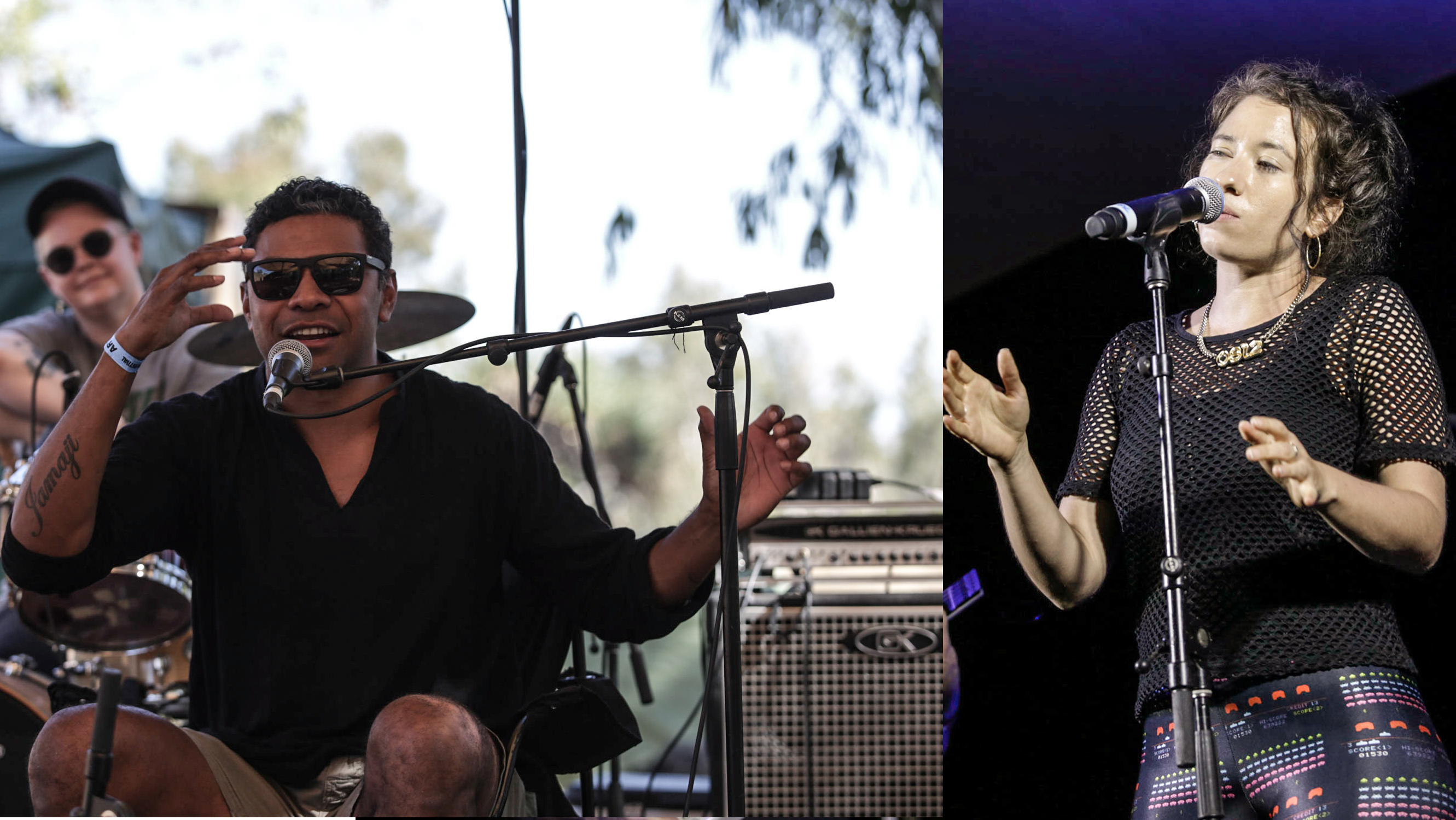 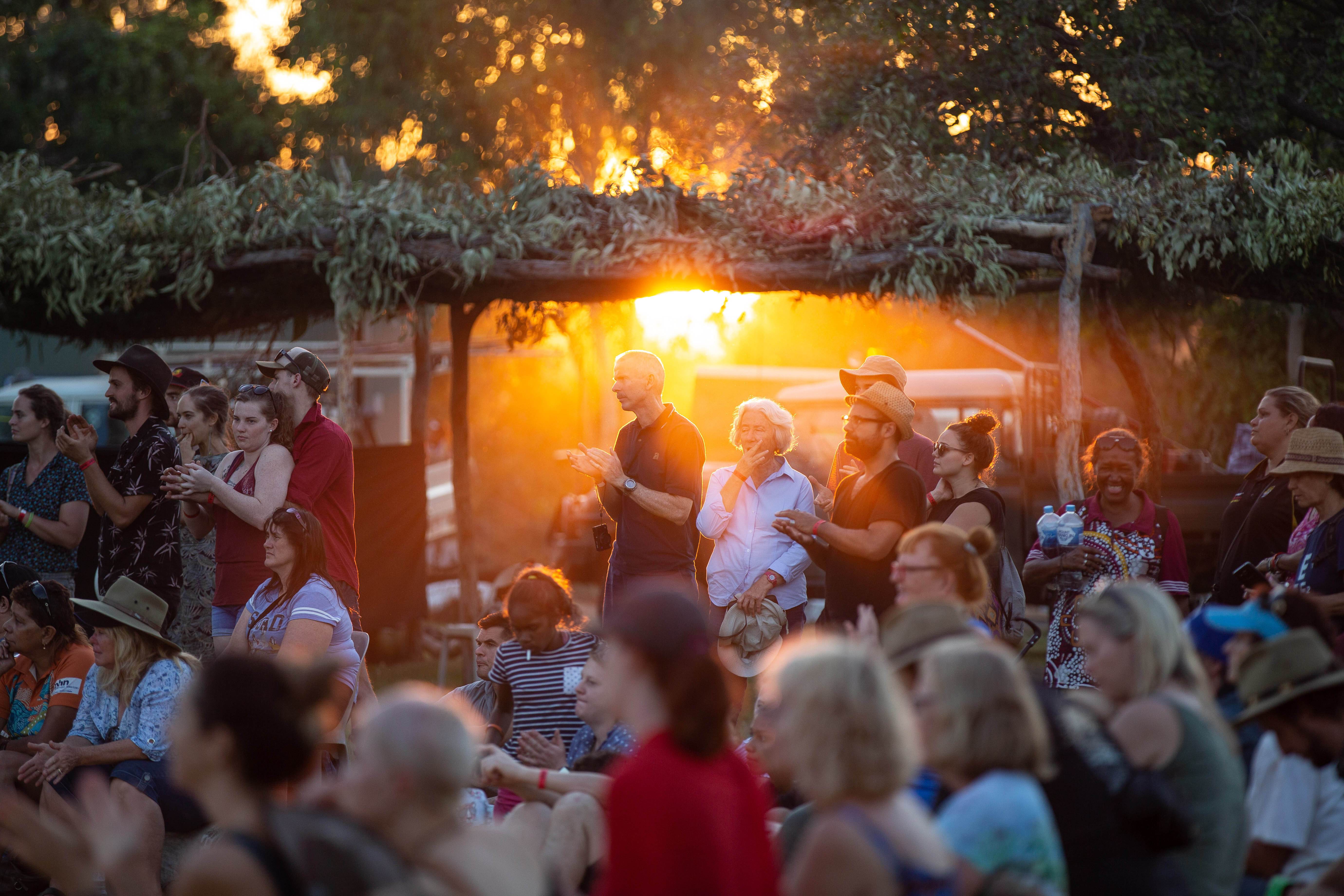 Traditional bungul dances were performed each afternoon, with a stunning backdrop of the afternoon  rays filtering through the dust kicked up by dancers from communities spanning the Territory and Western Australia. Crowds gathered around the bungul ceremony circle cross-legged to experience the diversity and beauty of ancient song-lines and dance, providing a unique cross-cultural exchange between Aboriginal communities and non-Indigenous attendees alike. 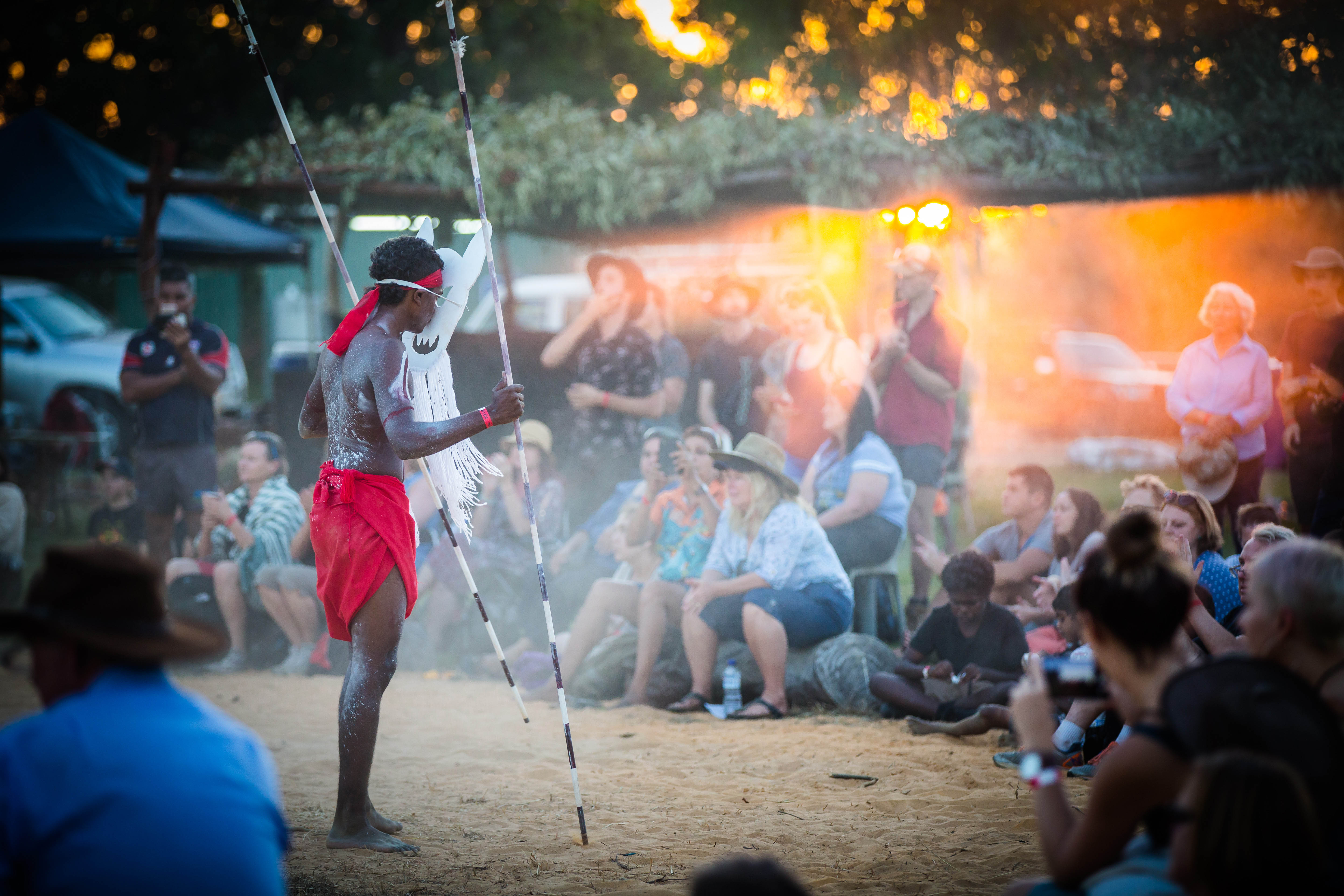 Festival guests set up camp along creek banks, sporting ovals and in campsites surrounded by bushlands, falling asleep to music late into the night amongst campfires dotted throughout the community. Cultural activities on offer during the day included didgeridoo, basket weaving and bush medicine workshops, junior ranger guided tours through the community and a spear throwing competition. The festival has a drug, smoke and alcohol-free policy, which created a relaxed atmosphere and a natural buzz and positive community vibes. 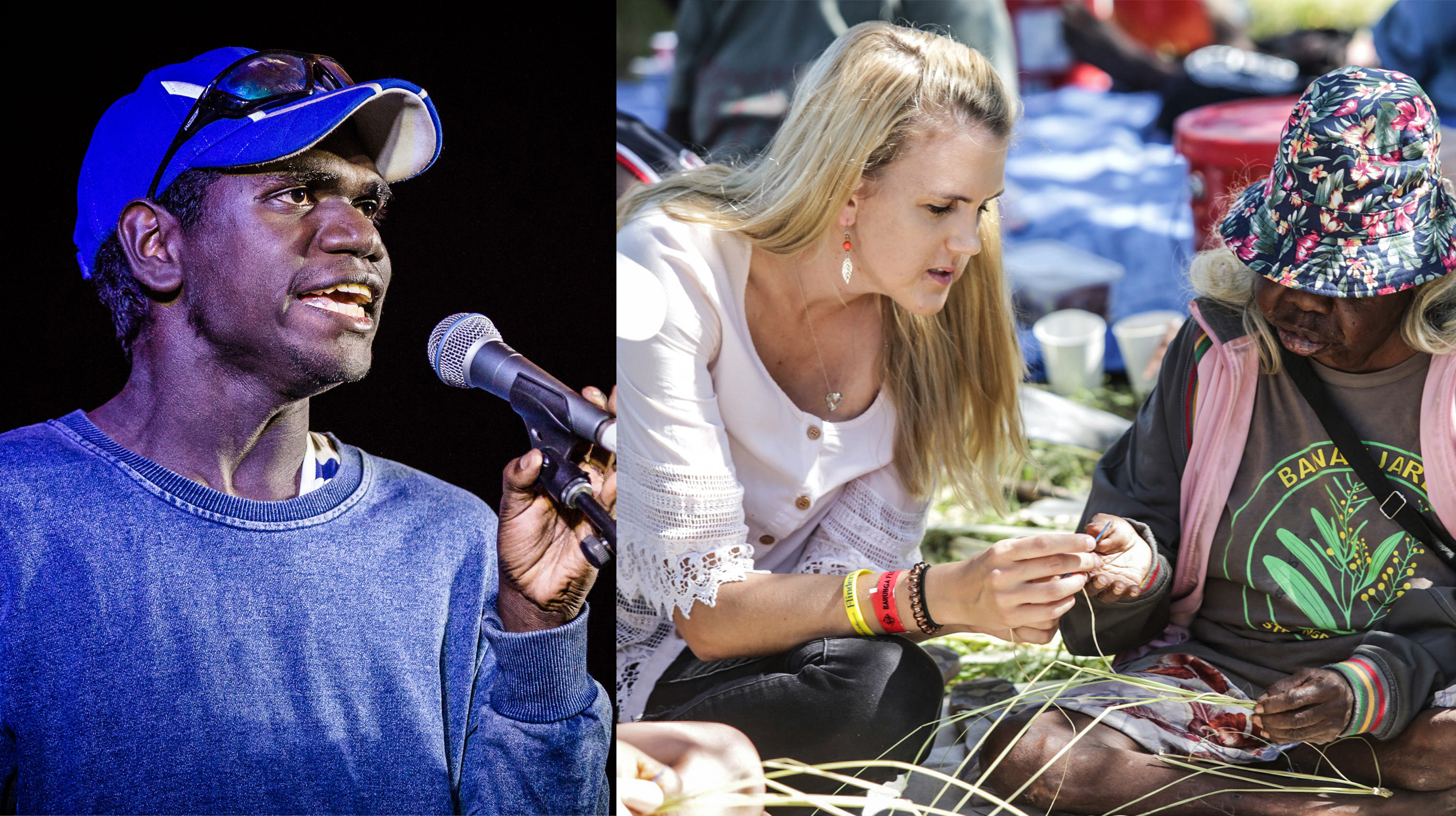 Sporting prowess was also on show, with men and women’s AFL, softball and basketball tournaments, drawing enthusiastic supporters who witnessed the skills of the top end’s finest athletes.