Foldback Magazine had a talk with cabaret performer Sarah Ward about her alter-ego Yana Alana and Yana’s new show with all-female band Tha Paranas, performing at this year’s Darwin Festival.

“She’s somewhere between Devine and Elizabeth Taylor on a bad day.”
Sarah Ward, on her character Yana Alana

It’s good that you’re coming back up to Darwin. You’ve been to Darwin a few times now haven’t you?

Yeah quite a few, I think at least four times. I’m not sure all of them were to perform though.  I was there last year for a holiday as I have a very good friend and family connections up here. I have done La Soirée and came up again in 2014 with Between the Cracks and now I am coming back. 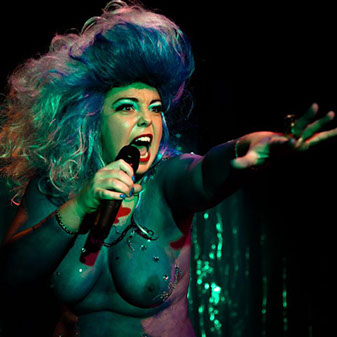 You are performing ‘covered-up’ this time? (referencing Yana’s disrobed appearance in Between the Cracks at the 2014 festival where all she wore was blue body paint).  There was a lot of, um, ‘interest’ in your last show…

(laughs) It can be quite provocative for some people. For me nudity is not a big deal. I was a life model for years and also being a performer, being an actor and also growing up with hippy parents, nudity, it’s no big deal. I suppose also with blue paint, no one can touch you or they’ll get paint on themselves.

Yeah I’m coming back this time and singing other people’s songs but doing original interpretations of them. There area some beautiful songs in there and we’re just really exited to come up to Darwin and share this show with the community up there. It’s a great show and has been really well received.

You’re with your band this time and singing other people’s songs, what can we expect?

Great musicianship and you’ll hear Yana singing, because there was more of a focus on the narrative with Between the Cracks whereas this is more focused on the music. I’m singing songs like History Repeating but with our version and then there’s The Real Thing by Johnny Young, there’s opera, there’s songs by Jeff Buckley, Tom Waits, Joy Division, it’s really eclectic. We’re re-interpreting Strawberry Fields by the Beatles but turning that into Trip-Hop so it’s really not what you would expect. Every single song has been chosen because the lyrics could have been written by Yana.

The character Yana Alana, it’s about ten years ago you developed her? 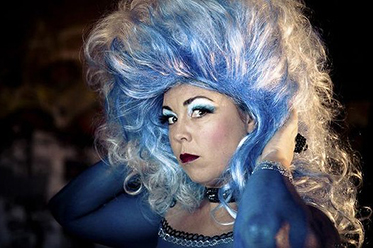 Yeah that’s right. For two years I was in Circus Oz and I wasn’t doing any Yana but it’s exciting to be focusing most of my energy on the development of this character and trying to establish her as a little bit of a cult figure in Australia and then she is heading overseas.

How do you think Yana has evolved over time since she made her first appearance?

I wouldn’t say that Yana evolved.  I would say that she ‘grows’ because to say ‘evolved’ insinuates a mental…well when I say ‘grow’, it’s hard to explain…let’s just say that she doesn’t become a better person (laughs)…if you know what I mean! She’s still narcissistic, she is still self-obsessed and she is still mentally unstable. But the good thing is she is a little less angry and a little less blamey but still unstable. Which is fun, that’s why she is still a great clown. Because people identify aspects of themselves, or aspects of other people and identify it and have a bit of a laugh at it and not take it seriously.

She’s certainly not beige, is she. 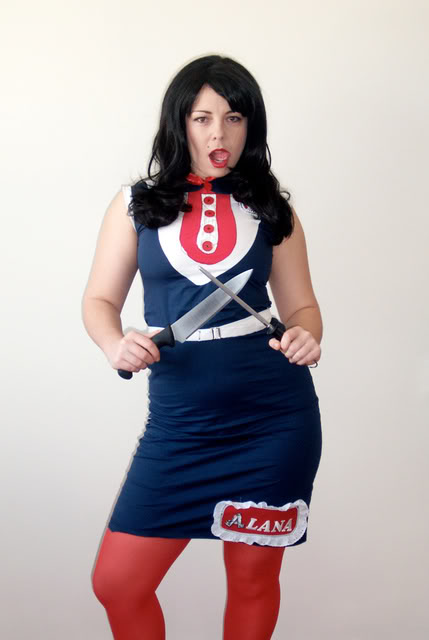 No she’s not, she’s really colourful! And I think that’s exciting and I think that’s really important to have those characters, particularly for a community to see those characters as human. Those women who take up a lot of space, those women who aren’t apologetic. I suppose I identify Yana Alana as a ‘femme-drag’, which means she is a drag character but she’s a hyper-feminine drag character that I step into and I’m a woman, you know what I mean? Because for me it’s drag because I don’t dress like that, I don’t wear shoes like that, I don’t get out like that. I’m wearing ugg boots today and a jumper (laughs). If I was Yana around the house I would probably be in platforms.

Is ‘grotesque’ the right word for her?

She is grotesque, she’s too much. She’s somewhere between Devine and Elizabeth Taylor on a bad day.

Apart from your friends and family ties, is there something that keeps bringing you back to Darwin as a performer?

Well you know Yana actually has a fan base in Darwin and that’s largely due to her spot in La Soirée. That’s why those variety shows are so great for artists because they showcase a character, they showcase an artist and then the community gets to decide if they’d like to see that artists again and they did. A producer won’t back you if you don’t have an audience and that’s why Yana is able to come back, because people came to see her. 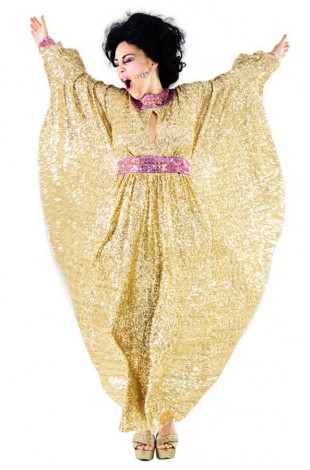 I love Darwin audiences because they want to have a laugh, they want to have a good time. They are not there to sit back and critique and compare with other artists. They want to see it, they are hungry for it and they appreciate it. I can’t tell you how great that is as an artist.

What’s next for you after this?

There’s quite a bit happening. We’re going overseas next year. But myself as an artist, I’m starting to be employed too, because I’ve mainly focused on Yana but in the last couple of years, people have reached out and asked me to be in plays and puppet shows and I’m a bit busy myself, Sarah’s a bit busy and doesn’t have as much time for Yana but we’re developing a new show for Yana which is really exciting, which is like a Rock Cabaret and then there are festivals next year. We’re going to do a regional tour and then go overseas with Yana.