Deceptively presenting itself as another cliché hustler’s anthem, Defron’s Phantoms, produced by Wagga Wagga basedRahjconkas (Urthboy, 360, The Funkoars), is a haunting ode which depicts the tormented daily obsession with earning money as a romanticised curse.

For those of you unfamiliar with Defron, he has been rapping since adolescence, a music career was initially unlikely for Defron after he was diagnosed with hearing impairment at five years of age. Since 2009 he has been running his own independent lyric writing & rapping workshops with Freeza & The Push at rural and metropolitan youth services where he promotes overcoming hardship through creative expression and positive resolve. 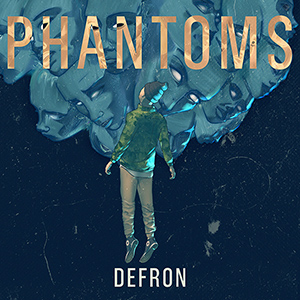 His second album “Maybe You’ll Be Famous When You’re Dead” is nearing completion and set for release in 2017. ‘Phantoms’ is available today from the usual outlets.