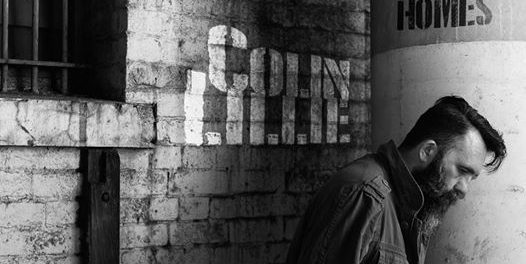 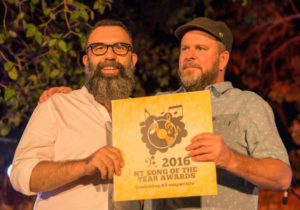 It’s been a long and bumpy road for Colin Lille to get where he is now. After years of battling with drugs and alcohol he migrated to the center of Australia, picked up a guitar, met the love of his life, became sober and devoted his life to music. Colin Lillie’s Debut album Glass Homes is full of stories about genuine struggles and songs that cut straight to the bone.

Colin’s first single “Give Thanks” won him an NT Miusic award and saw the self proclaimed gypsy Scotsman tour the East Coast impressing crowds with his intense live performances. His latest offering “Within” is a slow burning epic that sees Lillie wear his heart on his sleeve once again. “At some point I had to leave fear and open up to the idea that sharing can bring change. That we may still have pain fear and anxiety that burn within but it is better to free the truth than to keep it inside.” Explains Lillie on the meaning behind his new single.

Glass Homes was recorded in Cairns with renowned singer-songwriter and producer Mark Myers (The Middle East, Emma Louise) at Big Sister Studios. The pair worked closely together in pre-production over many months and developed a strong artistic relationship that really shows in the albums diversity. Lillie pushed himself in both the writing and recording process of Glass Homes and ncreated something truly special.

“This is the most raw and honest songwriting I have ever done, as it is about letting go and growing. Most importantly it’s about impressing me and those who are seeking the real me. I don’t think I have ever been as honest in song before and i have opened the door to something greater than just my self.” – Colin Lillie

A song that shares that if we do not open ourselves up to change then we continue to pass the pain on to those we are here to teach. That with out the gratitude to that which helps us grow then we can never truly be thankful for what we have in ourselves.

The one who abandons that which is seen to be the normal way. The outcast the rebel the one who say no more the one who bring change to themselves and those around. A fuck you to convention

as we have seen over and over again the world fails due to the lack of being open to change. To taking the cotton wool out of our ears and sticking it in our mouth so to listen rather push down with hypocrisy.

Simply the fear of intimacy after living in the darkness knowing that to share oneself is opening the heart to the light.

We all have those who has always been there through our life’s adventures . This is a thank you to all those who traveled with us as we discovered our true path even when we have opened a few wrong doors traveled roads where the heart has been blackened by fear.

At some point I had to leave fear and open up to the idea that sharing can bring change. That we may still have pain fear and anxiety that burn within but it is better to free the truth than to keep it inside.

A love story that is passion yet not lust the hunger that drives a commitment to one soul that creates a lifetime of love that everyone is entitled to have. A love that is as strong as the first kiss to the last breath of life. All relationships that are built on hard work and love.

After finding Alice Springs I discovered me and with that I discovered music family and love. She is the feminine that softens the masculine in me to allow change to occur.

After reading Peter Pan to my son I rediscovered my inner child enough to find love. Enough to remember that we must never forget that to play is just as an important way to learn no matter how old we are.

I chose to finish the album off with this song as it is a prayer that each night I say in the hope I will reconnect with those I am so far from. A prayer that I hope I will say to my children face to face who I have not seen in 15yrs. It finishes the album with the sense of there is plenty more to come.