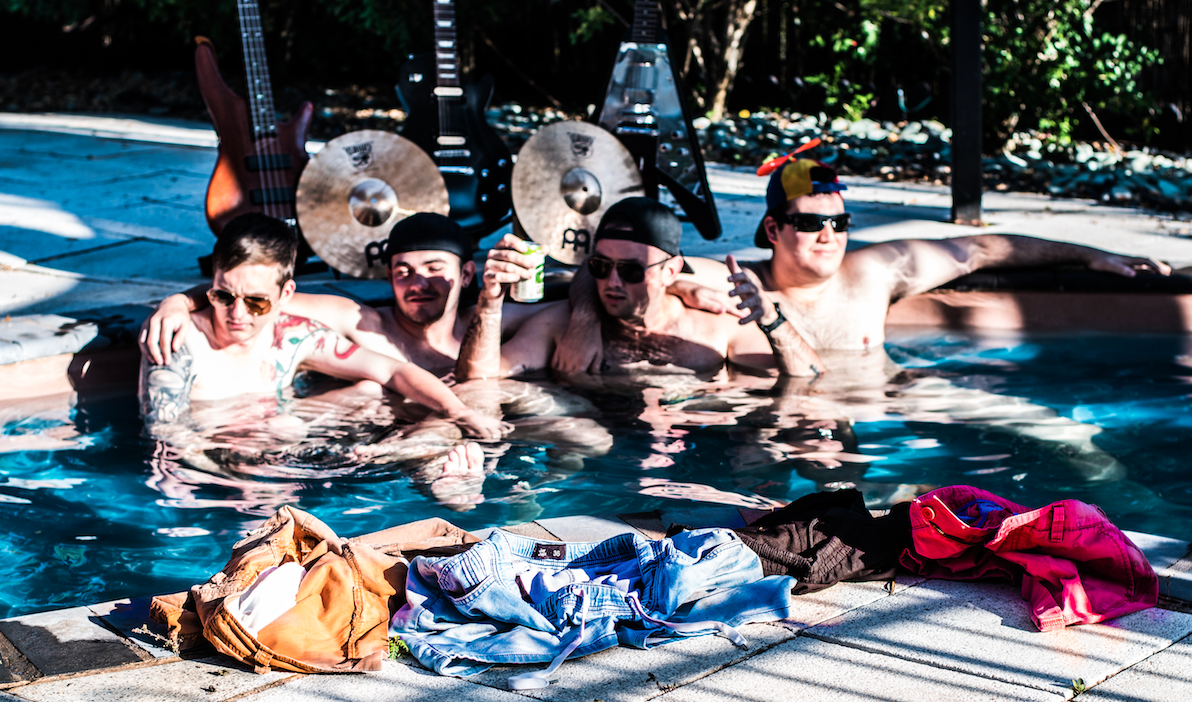 Clearly, some people using social media app Snapchat do have regrets from time to time, but then that is what life is like in your early 20’s these days when you are still trying to master the world around you and you end up getting ‘caught with your pants down’ every now and then. What has been seen, as they say, cannot be unseen.

So with that understanding, here we have local Darwin band Snapchat Regret releasing their first EP ‘Pants Down’, full of songs about girls (mostly) and all the things that make being a 20-something young man in this day and age like navigating a minefield – and they have gone back a generation to find the right note to carry their messages along. The band is unashamedly ‘pop-punk’, harking back to the 90’s with a sound that channels US bands like Good Charlotte, Wheatus, Green Day, Blink 182 and The Offspring, with a bit of Aussie Living End thrown in as well. There is even an American twang to the vocals for good measure.

Snapchat Regret are first and foremost out for a good time. Their live shows are energetic and fun, the music accessible, danceable and lively. If you want dark, brooding, deep and meaningful music, look elsewhere. That is not a criticism – Snapchat Regret fill a space in the NT music scene that is usually only given a glancing blow by the odd cover band here and there. 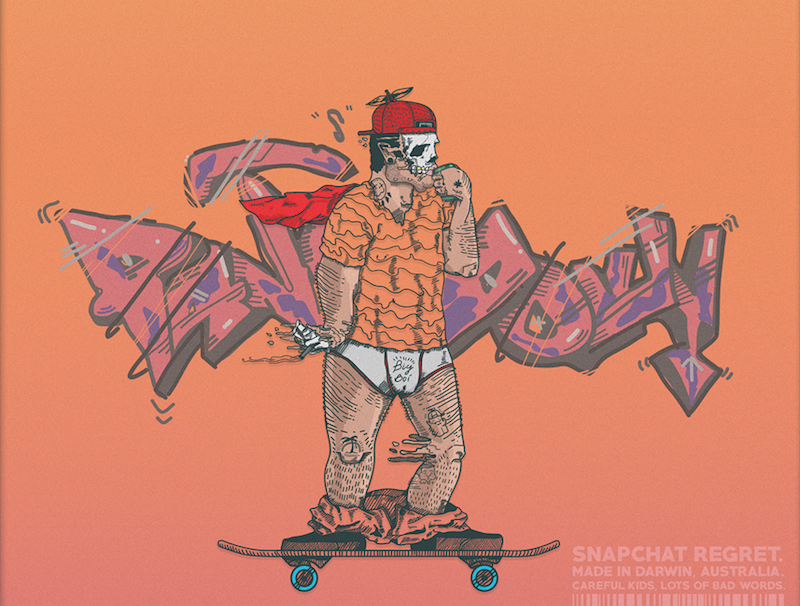 This also doesn’t mean that Snapchat Regret are not to be taken seriously – the musicianship is there, as is the chemistry between band members, some of whom have been friends since middle-school. Front man Joshua Latter, a little older then the rest and a new father at that, whips things into shape fairly robustly to keep his ‘youngerlings’ – bassist Peter Georgiou, guitarist/vocalist Mitch Matos and drummer James Davies – on track with some fine work both in and out of the studio (*as the band was between drummers during recording, Ben Masters played drums on the EP).

Speaking of the studio – the EP ‘Pants Down’ (very professionally produced by Darwin young gun Manolis Kamitsis at Lovely Audio) comes right out of the blocks with ‘Make Your Move’, an anthem-in-the-making classic 90’s style boy-lusts-after-girl four-chorder that is just itching to be played at beach parties at 1.00am during games of beer pong. Yes it is anachronistic, as is the whole concept, but hey, so are the new Mini and the Triumph retro motorcycles that are selling like hotcakes – call it a ‘modern classic’ if you will, but nostalgia moves people if it is done right. ‘Stop Crying’, a track inspired by Josh’s infant daughter, is a bit more political and cranky about First World problems and those that whinge. ‘Reality Check’, a more aggressive track, is a wakeup call about relationships, while the whimsical ‘Harley Quinn’, as the name suggests, is about a free-spirited and unattainable girl as per the pop culture icon herself. The last track ‘Pants Down’ talks of a frustrating ‘revolving door’ relationship and not wanting to keep making the same mistakes (getting caught with your pants down), something that only comes with experience.

According to Josh, Snapchat Regret has the enviable attribute of being a truly democratic institution, with all having input into a song no matter who instigated the idea and ‘artistic differences’ are dealt with respectfully. They are keen to tour, or at least in the short term fill support slots for other top NT and interstate touring acts as a springboard. Money, work and family commitments are, as so often is the case, the big speed-humps facing the band. Having said that, there is no reason that this band could not gather a significant following both in the NT and elsewhere.

As to the pop-punk genre – this was not something deep in the background of Joshua who, other than his solo work of a few years ago, comes from a heavy rock scene from his days playing in bands in Perth. The other band members’ love of the style soon had Josh realising how much he actually enjoyed playing this genre and the band’s direction was then set. Green Day was a big influence on Josh growing up, especially the aggressive vocals that are ubiquitous throughout this EP. Having said that, bands evolve and Josh sees that there is much room for exploring other areas in the future.

At the end of the day however, the trick with this band is they do not take themselves too seriously. Punters at their gigs have a nice night, a dance, a drink and leave happy. This is party music, and that is all it is claiming to be. If that is what you are after, this EP is for you. Whichever direction Snapchat Regret decide to take in the future, let’s hope that they keep their youthful joie de vivre.

Snapchat Regret launch their debut EP ‘Pants Down’ tomorrow night (Friday September 29) at the Darwin Railway Club supported by local heavy hitters Tapestry, At The Dakota, SUMMIT and The World’s Fear. CDs of the EP and merch are available. Tickets $15.00, doors at 7.00pm.

‘Pants Down’ is also available on Spotify and the other usual suspects.