The NT Hip Hop scene is richer for artists such and Ben Iota and Dan The Underdog – passionate about their craft, putting in effort to produce worthy tracks with thoughtful rhymes and imaginative beats, taking it to the people.

‘Jazz’ is a concept album, for want of a better term. Ben and Dan (producing) have dug deep into the past, rekindling the notion that ‘Jazz was the Hip Hop of its day’ – protest music against the mainstream dross. As the album title suggests, this is Hip Hop ‘with Jazz in the DNA’ – Hip Hop rhythm and jazz instrument overlays propel these tracks along, with a smattering of cleverly-sourced and glitched vocal grabs which work really well to bump up the narrative. Double bass, horns, and quirky percussion, along with some funky synth, make it all very hep (now there’s a word you young’uns might not have heard before).

The similarities between Jazz and Hip Hop, both musically and socially, are legion. Both were considered immoral – the Devil’s music. Both have been subject to censorship and court battles. Both rendered improvisation and new ideas over traditional norms and forms – anathema to a conservative mindset.

We found the following excerpts from an article on a Jazz documentary that put things into perspective: 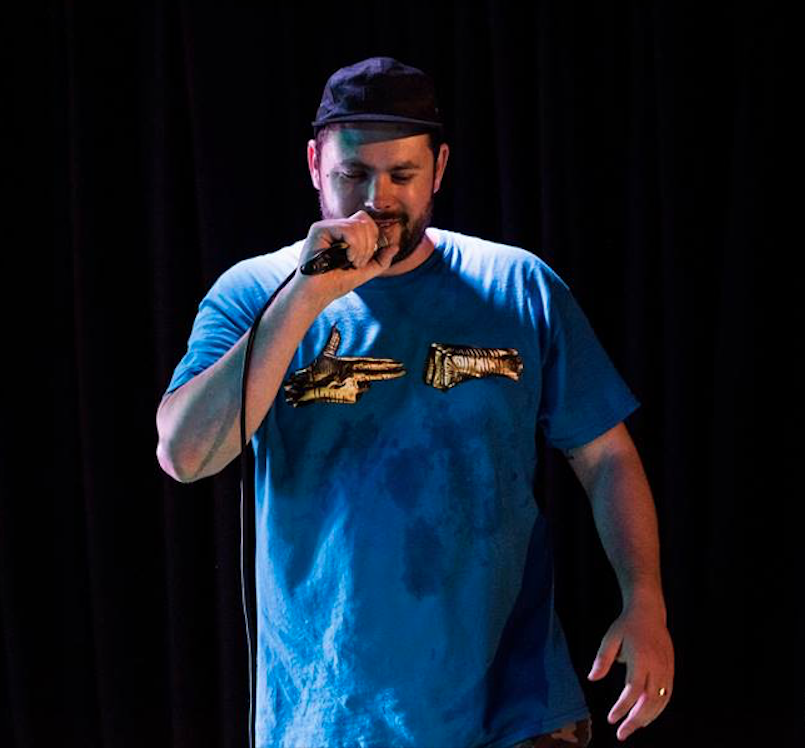 “When the new sound of Jazz first spread across America in the early twentieth century, it left delight and controversy in its wake. The more popular it became, the more the liberating and sensuous music was criticised by everyone and everything – from carmaker Henry Ford to publications like the Ladies Home Journal and the New York Times. Yet Jazz survived….Jazz was different because it broke the rules – musical and social. It featured improvisation over traditional structure, performer over composer and black American experience over conventional white sensibilities. Undercurrents of racism bore strongly upon the opposition to Jazz, which was seen as barbaric and immoral.” (source: pbs.org)

Of course, melding Jazz with Hip Hop is not a new idea and Ben makes it plain that this album is also a shout-out to the Jazz Rap of the more recent past. What Ben and Dan have done though is fallen back on a genre and updated it to reflect the tenuous times we live in, both in this country and in the wider world. Things are different now, faster paced with modern communication and the instant reach of not only news, but also of propaganda feeding the fear, dividing the masses, promoting bigotry and keeping the elites in charge – themes Ben deals with in a number of the tracks. The issues raised are skillfully woven throughout this razor-wire of an album – climb over it gently if you are a supporter of bigotry, hypocrisy and the status quo.

The Jazz aspect of these tracks is an effective counterpoint to the withering verbal assault levelled against the antagonists in Ben’s rhymes and enhances the effect without overstating the case, as more gloomy music might do. Listening to these tracks, one could almost picture oneself in a smoky bar in Greenwich Village in the early 60’s watching a guy with square dark glasses, a goatee, a black beret and a turtle-neck laying down spoken word over a restrained drum-and-double bass combo behind him – only here and now, the message is more urgent, the stakes much higher and the beret has been replaced by a flat peak cap – this is Jack Kerouac for the digital age. Groovy. 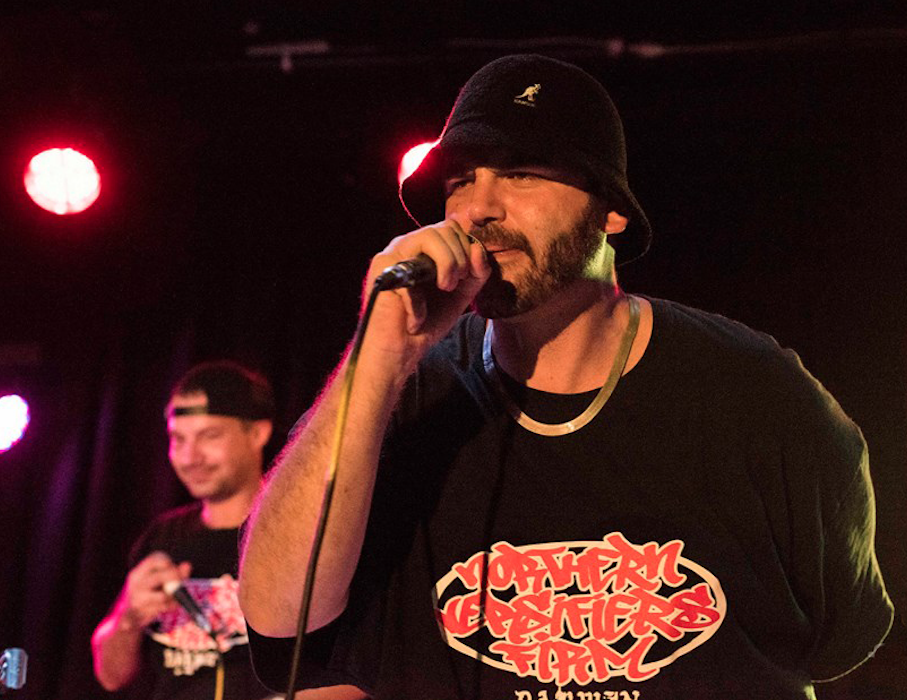 Racists and bigots come in for a lashing on tracks such as ‘By The Fear’ and ‘Meanwhile, Somewhere in Austraya’. This is anathema to white Nationalism. The establishment gets torn a new one in ‘By The Fear’, ‘On To The Next’ and ‘All There For You To See’, as does the mainstream population for their apathy towards their masters, both government and corporate. ‘Agitators, Misfits and Underdogs’ – that’s the Australia Ben Iota is proud of. Yes, there is politics in these rhymes and Ben surgically dissects modern Australia and shows its bare arse to the world like few before him.

Tracks like ‘Sun Shine’ and ‘Peace Of Mind’ are more personal narratives on the journey through this more complex, difficult-to-navigate century, while ‘Beautiful Thing’ talks of rediscovering the lost energy of a relationship. The quirky ‘Do Dat’ is a more traditional rap-journey anthem, expertly crafted and executed. Bonus track ‘Once The People Feel The Hunger’ rakes on consumerism and on the propaganda and lies that keeps us as divided as a nation. ‘Jazz Is’ is a chill beat overlaid with voice grabs of musicians telling us, well, what Jazz is and the connection of Jazz to Hip Hop. 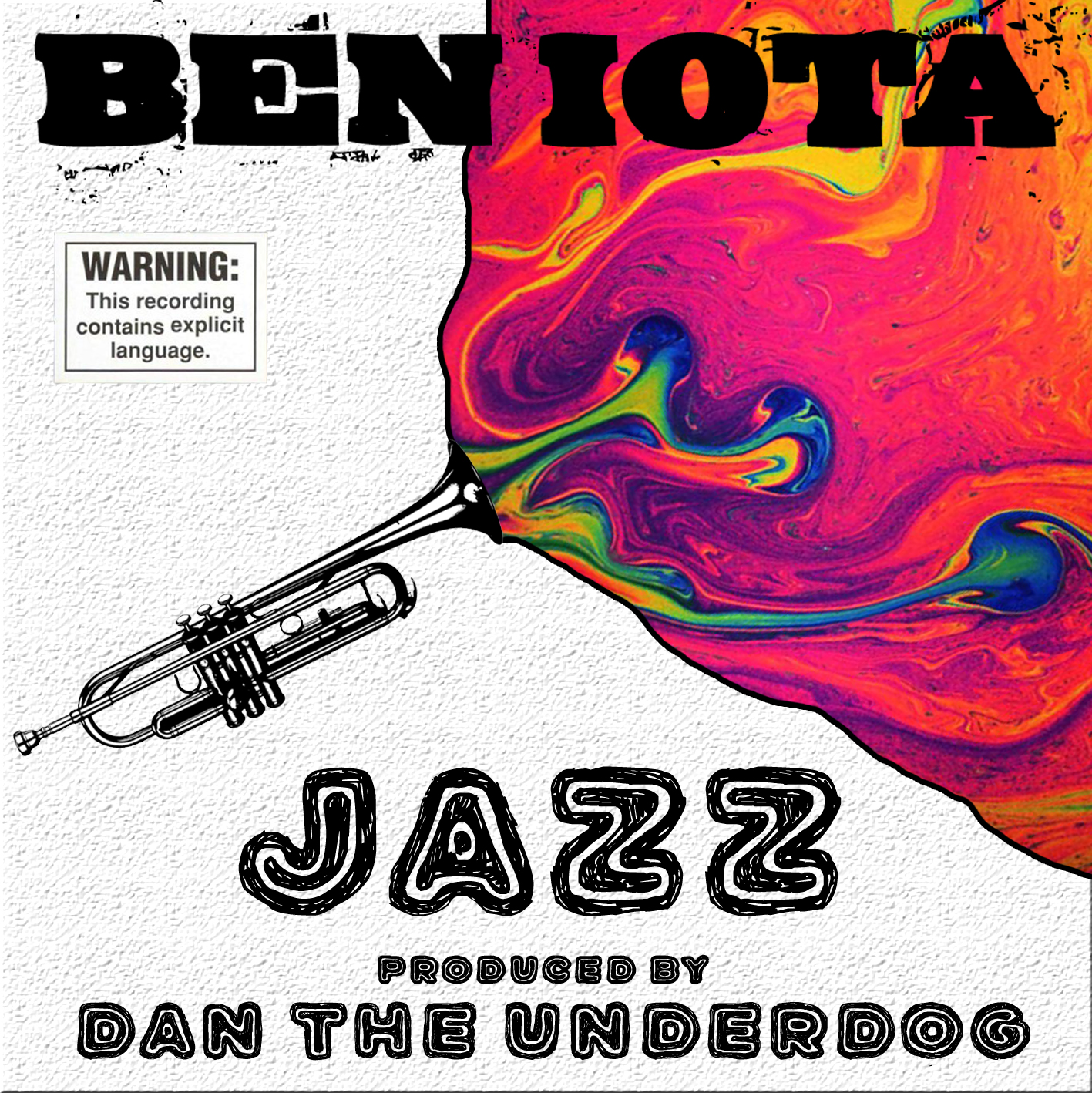 Ben’s vocal acrobatics are a standout feature of this album, machine-gun like in parts and deadly accurate in their meaning. There is nothing cliché about these rhymes as Ben reaches for and succeeds in grasping new ways to talk about hot topics. This is not elevator music – it is meant to be listened to and intently, if you are to get the full force of it. It is not however a manifesto – Ben isn’t preaching, he’s just tellin’ it like it is.

Ben and Dan are joined variously by guests Tall Papi, Task, Patti, The Five Flag General of the Million Flag Patriots, The Scout and Raven. Guest producers General Scrunchface and Realizm contribute on one each of the two bonus tracks.

Dan The Underdog has produced a class album and his ear for what’s up is decidedly en pointe. Dan is also responsible for the cover art, channelling those album sleeves of the 50’s and 60’s and cheekily so. Both Ben and Dan and indeed all involved in this album should be proud to have set the bar so high for NT Hip Hop.

‘Jazz’ is available independently on CD and free digital download GoogleDrive and all the usual streaming providers. See: