Australia’s most “out there” music, culture and arts festival is happening again in 2017! If you love adventure, appreciate unique immersive environments, and could see yourself enjoying lush sounds in an oasis in the beating heart of Australia, then Wide Open Space Festival invites you to join the party.

This will be the 9th instalment of the Wide Open Space Festival, a multi-day festival held at Ross River Resort, nestled in the East MacDonnell Ranges under an hour’s drive from Alice Springs. The festival celebrates desert culture and the ancient landscape through its incredibly diverse creative program of music, art, workshops, performance. There is fun for all the family, and plenty of family to be a part of. Expect headliner artists from around Australia and some big name Internationals. 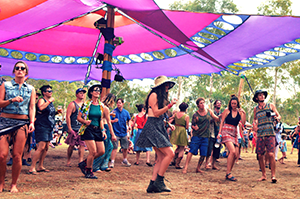 The festival is still an intimate affair, run by an independent team of locals, who are committed to keeping it real through quality entertainment and bringing people together. With 1,600 people at the 2016 event, and plenty of magic brewing, 2017 is looking to be the freshest WOS yet.

“Wide Open Space brings together a really special group of people from around Australia, who are seeking something a bit beyond the normal festival style” says Artistic Director, Scott Large, “we attract people who are seeking new experiences and opportunities. The very active music and arts community in the Centre is building an incredible interactive space and invites visitors to don their festival attire and get amongst it.

You’d be hard-pressed to find a friendlier group of people anywhere. We can’t wait to see who comes to WOS2017.” 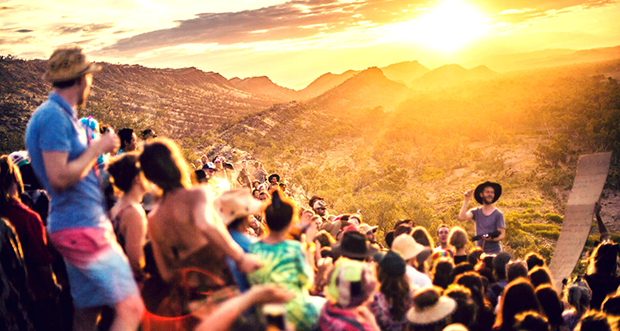 The Space Is Wide Open Just Go There

Wide Open Space Festival is proud to announce the artists featured in the first music announcement for the 9th annual installation Breath and depth of diversity is central to this and every expression of the Wide Open Space, held near Alice Springs in the NT: April 28-30, 2017.

The performers featured on the recent announcement demonstrate that there is always interesting new space for us all to explore, and they have been continuously making waves of progress through collaboration and genre-blending.

Artistic Director, Scott Large said, “We embrace all kinds of music at WOS! We’ve always celebrated sounds from across the spectrum from straight up live bands to experimental electronic to the downright theatrical. Alice Springs style has always been a bit of a mash-up, and that adds to the magnetism of this event and it’s part of what draws people from near and far to share these 3 special days.”

Since winning the award for best NT Live Music Event of the year in 2016, WOS is renewing it’s commitment to local live acts and this is where this announcement begins. With roots as deep as they go to the centre, and melodies that take their audiences there too, Kardajala Kirri-Darra (The Sand Hill Women) join the festival from the Northern Territory communities of Marlinja and Elliott. Performing songs in Mudburra and English, singing the story of what it is to be an Indigenous woman, walking in two worlds, their music sits in the space between the old and the new, journeying through the heart songs of their beautiful desert Country.

Expect the fresh flavour of Indigenous Hip Hop with the Red Dirt Crew aka: D7’z and E Town Boyz and Hill Boyz, reprezenting the local deadly mob from the Barkly region of the NT, these boys hail from three Aboriginal communities; spanning a radius of 700 kms. Bringing the massive vibe, with expertly crafted beats and many lyrics in their own languages, these artists provide an important connection to the land and the history, every present.

Alice Springs’ Dave Crowe aka Resin Moon is amongst the initial announcement and says the landscape of Central Australia is a huge influence on his style of sophisticated, lush, experimental electronica; “The sense of space, the surreal, and beautiful landscapes are a source of endless inspiration to my sound.” he says. Another local live act in the line-up that will challenge the limits of physical and musical boundaries is Edi Donald and the Transients, well known for their morsels of ethereal, trans-genre, genre-warpers.

Maybe Australia’s ultimate purveyor of change, evolution and exploration, Mojo Juju, is bringing her strong soul-filled racquet to the centre once again, to delight and bemuse the WOS tribe with wild, soul filled tunes.

Bringing more innovative live acts, WOS will host the electric two-piece This Way North. With a universally appealing groove and melody, and an eclectic appreciation of the subtleties of interaction, This Way North’s first ever show at WOS promises to be powerful and engaging.

WOSers will also experience the high energy grooves of the 11 piece explosion that is the locally based Tamala Express. Delivering high energy grooves the Tamala Express fuses the centuries old traditions of West Africa with contemporary styles, creating a vibrant blend of irresistible dance music that moves young and old alike with centuries old rhythms and high levels of audience engagment.

WOS will be witnessing the magic of Plutonic Lab, whose latest LP “Deep Above The Noise” WON best Hip-Hop Album at the Vic Music Awards 2016. Stand by for craftily blended Hip-Hop beats and lyrics with strings and piano, creating an ambient bigness for grovers and swayer’s alike. 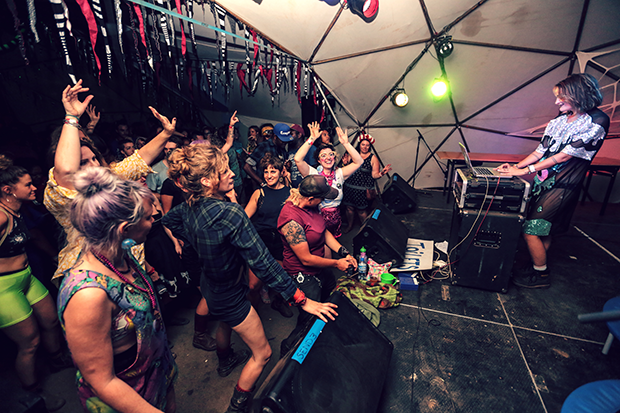 Book your tickets, pack your costumes, make your travel arrangements and get to Wide Open Space Festival in 2017. There are so many reasons this one will be the most memorable experience of your year.

Tickets, artist applications and more info are at: www.wideopenspace.net.au