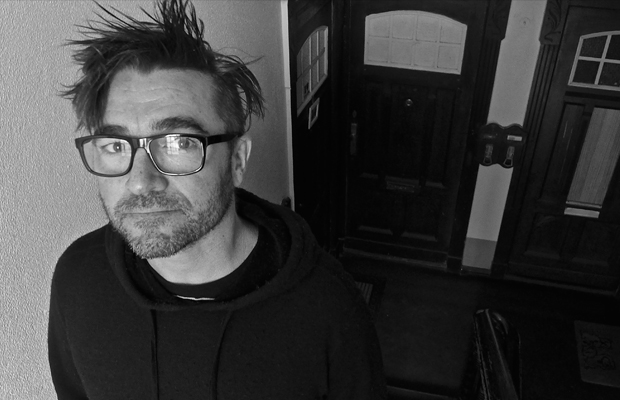 We have written often about the surprising amount of musical talent that is to be found in the Centralian desert of the Northern Territory. An ancient landscape of vast, spectacular and primal nothingness, it keeps producing inspired artists who can take the energy from that timeless expanse and turn out work worthy of any ‘big city’ outfit, whether it be hard rock, metal, alternative or indeed electronica. Cooperblack is one of those artists.

Perhaps it is the almost overwhelming quiet of the Northern Territory arid regions that makes organic sounds stand out more and gives the producer a better ‘ear’ for such things when recording them for their works. Certainly it seems to be the case that working in such a remote location gives Cooperblack (Jeremy Conlon) and his compatriots an edge in that respect – an ability to take from the surroundings the energy of the sun, the flora and fauna and of the traditional peoples of the land. 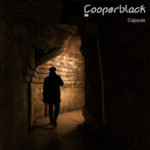 With Cooperblack’s new EP ‘Capsule’, he has taken that edge with him to wintry Northern Europe – a more opposite place to his desert home at Yuendumu you couldn’t get – and recorded organic sounds of a distinctly different type to weave into his new work. These ‘found sounds’ as they are referred to, randomly and coincidentally mined as the artist’s inspiration took him, were then transported back to the harsh heat and wilderness of Central Australia where they were intertwined with very personal lyrics, synths, electronic beats and ethereal vocals to produce the rapturous ‘synthphony’ of melancholia that is ‘Capsule’.   We are guessing that the artist’s mood at the time was as winter-like as his environment and provided that dark inspiration that is both a blessing and a curse. That he blended his sounds back under the harsh solar glare of his remote desert community is juxtaposition taken to the next level. The contrasting vibe is tangible. Kris Keogh of ZZAAPP HQ has mastered the recording with his usual expertise.

Track by track, this EP delivers in spades. ‘When I’m Gone’ has a distinct 70’s feel about it, back in the early days of the synth. While still of dark subject matter, it bounces along with floating, gossamer, plaintive vocals – this track takes this reviewer’s head back to his youth while keeping his feet firmly planted in the now – it rocks. ‘Play On Forever’ kicks it with organic trebly bass underscoring a surreal vocal dreamscape with definite hints of New Order influences peeking through here and there.  ‘Flags Wave (Flags Fall)’ uses found sounds overlain on doom-synth to make for an effective moodiness. To this reviewer (especially with the title), it invokes the current spectre of the march of Nationalism around the world towards war. It could almost be a leitmotif for some dark warlord villain. ‘Fail (Face Away)’ broods and moodily meanders along a fuzzy path with muted, distant kick drum – a track made for quiet introspection.  ‘Suomenlinna’ is a dark and wintery blend that very well could be the score for a blockbuster space-horror movie, the rumbling organics reminiscent of the low growl of an interstellar warp drive – Kubrick could have found a use for this track were he still with us. The final track, ‘You’re So Sure’ is a bit more poppy and has radio potential. You can move and groove to this, slowly but with purpose. Hypnotic and chill, it is yet still emotionally questioning, in the right measure.

Cooperblack has shown with ‘Capsule’ that he is willing to explore the darker side of his nature, of human relationships and the state of world. It is a departure from his more pumping, dancey and trippy earlier offerings but in no way does that make it less of an EP.  It is a softer (but not necessarily gentler) offering, perhaps a catharsis for the artist and could be for the listener as well. ‘Capsule’ is an introspective EP meant for headphones, soft lighting and deep thought.