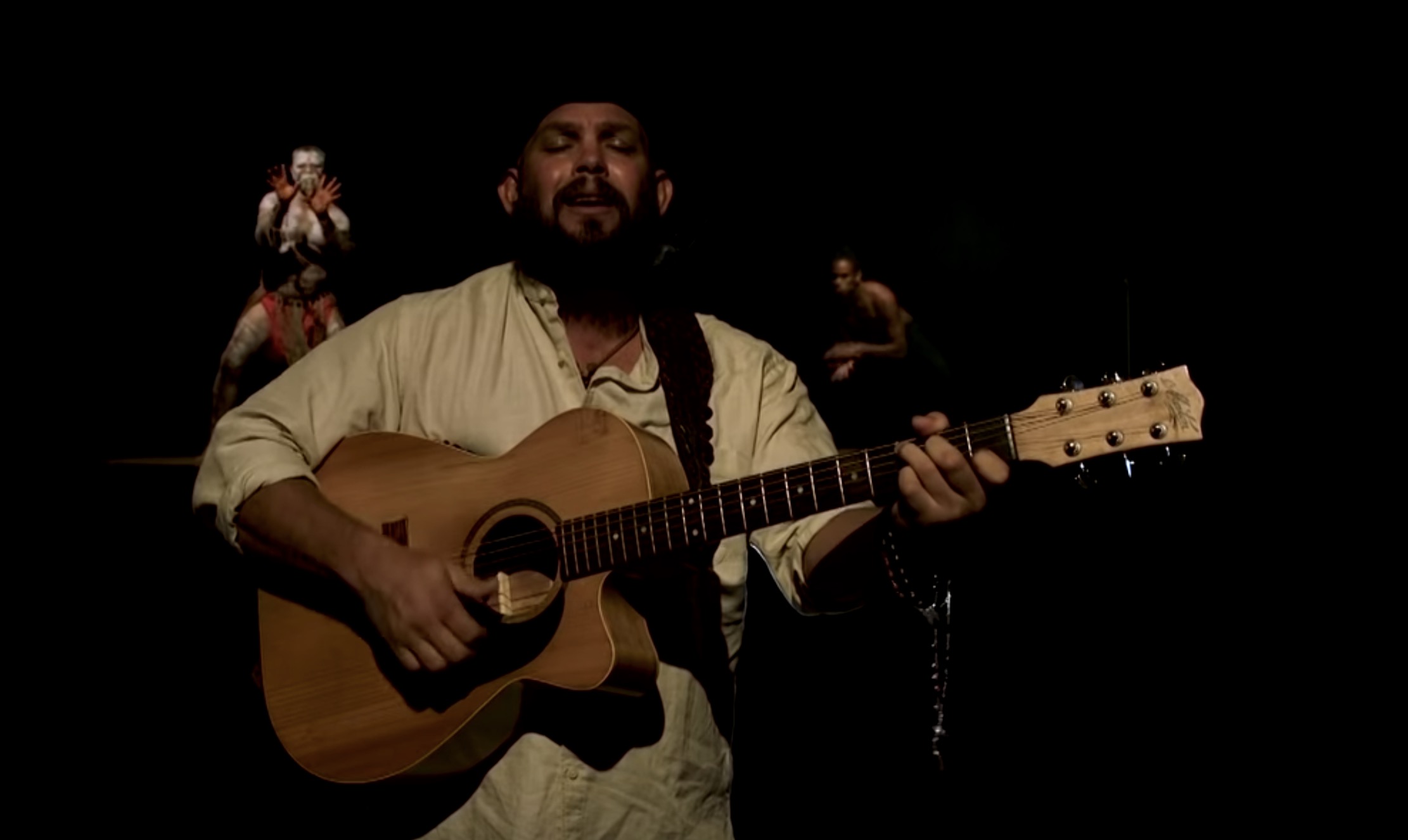 Indigenous singer-songwriter David Spry has released a forceful new track ‘Free‘, along with a haunting video for the number.

The track, featuring Anthony Kemp and Zachariah Kechup and released on David’s Vevo channel, mourns the loss of Indigenous culture through white settlement and the religious indoctrination of traditional people. On his channel, David says of this track:

“(‘Free’ is) a modern commentary on how some First Nations People have lost their sense of sovereignty through the systemic and continued colonization of their spirits and lands. ‘Free’ explores the influence of religion on Indigenous culture and the subsequent loss of traditional knowledge. Free encourages us all to think deeply, investigate issues, be informed, free-thinking and responsible citizens of the world.”

The long-time Territory artist uses his unique voice and musical phrasings to bring his message across in a staccato style that cleverly emphasises the tension of the subject matter, while at the same time the minimalist video captures that subject matter succinctly, juxtaposing traditional and modern Indigenous dance with the subtle placement of Western religious iconography. Crisp keys give the track a feel of urgency, like a Morse Code message from a ship in trouble yearning to be received, while stirring strings overarch and eventually envelop the song and uplift it towards hope, the colour literally returning to the characters in the video to signify a regaining of culture once lost to outside influences. This is thoughtful stuff from Spry, and indicative of his depth as an artist.

Have a look and listen of ‘Free’ below: