‘Reinvent Yourself With Every Breath’ – Resin Moon

Central Australian producer Resin Moon (aka Dave Crowe) once again shows that he is truly a contender in an oversaturated market with his latest video release for his subtle track ‘Bullet‘.

The heavily stylised vid, featuring historical clips of the Space Race of the 50’s and 60’s, shows the relentless and cyclical march of science and progress as an allegory of the relentlessness and restlessness of the human condition – like progress, love is a bullet that never slows down. It is a high voltage, edge of your seat, topsy turvy slingshot into the future, an ever-compelling game of Russian Roulette played over and over in our collective quest to reinvent ourselves in our search for connection. The video captures this notion masterfully. Says Dave:

“The Bullet video grew out of hours and hours trawling vintage footage of experimental technology and space programs. We wanted to capture the theme of the song’s chorus ‘Love is the bullet that never slows down’ in the sense of motion and movement, in cycles and repetitions.” 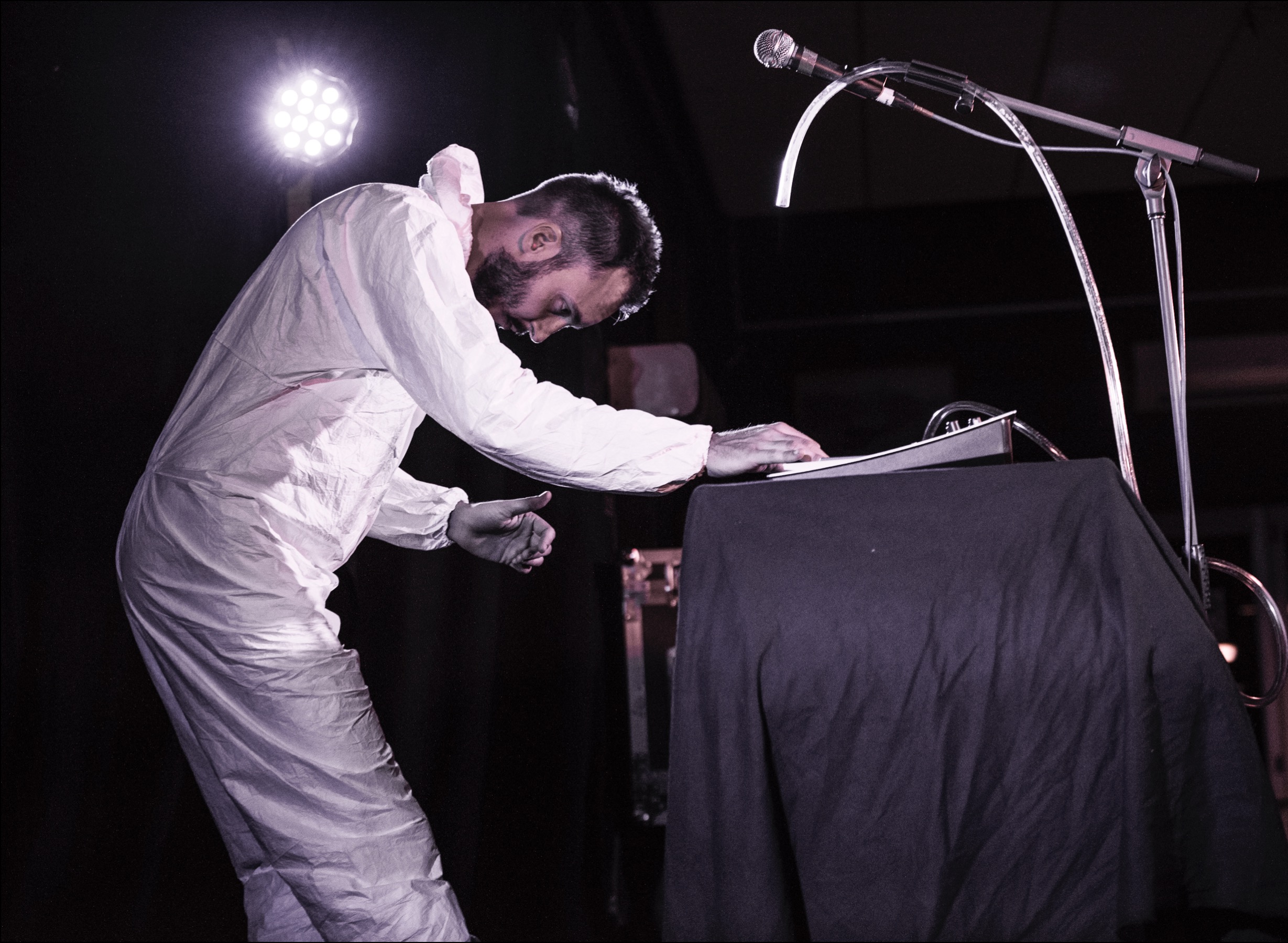 We wrote of ‘Bullet‘ (from his debut album ‘Oscillations‘) back in April this year:

“Lead track off this latest work, ‘Bullet’, starts off deliciously glitchy, followed by the dulcet vocals of this master producer and a surprisingly funky beat, which together will have your bottom end moving while your top end digests the subtle psychological musings in the lyrics – this is a track that will pull you in opposite directions and happily so.”

Resin Moon has a knack for symbolism, both in his lyrics and his videos. A medical scientist by vocation, it is perhaps unsurprising that he would use such iconography for his message in this offering. An oscilloscope pulsing a heart beat features prominently throughout the vid, merging science and strong emotions in one fell swoop, and is perhaps further symbolic of the album’s title ‘Oscillations‘ and on-point thematically. Pure genius.

Part of that genius is credited in no small measure to filmmaker Kyle Wilson, who has collaborated with Resin Moon on his past videos, including the Capricornia Film Award nominated ‘Salt‘. Of Wilson’s contribution, Dave says:

“I feel like Kyle nailed the sense of fun, experimentation, gravity with a vintage aesthetic that I searched for when producing the track. He’s a beautiful, crazy dude and he injected ‘Bullet’ with the perfect visual.” 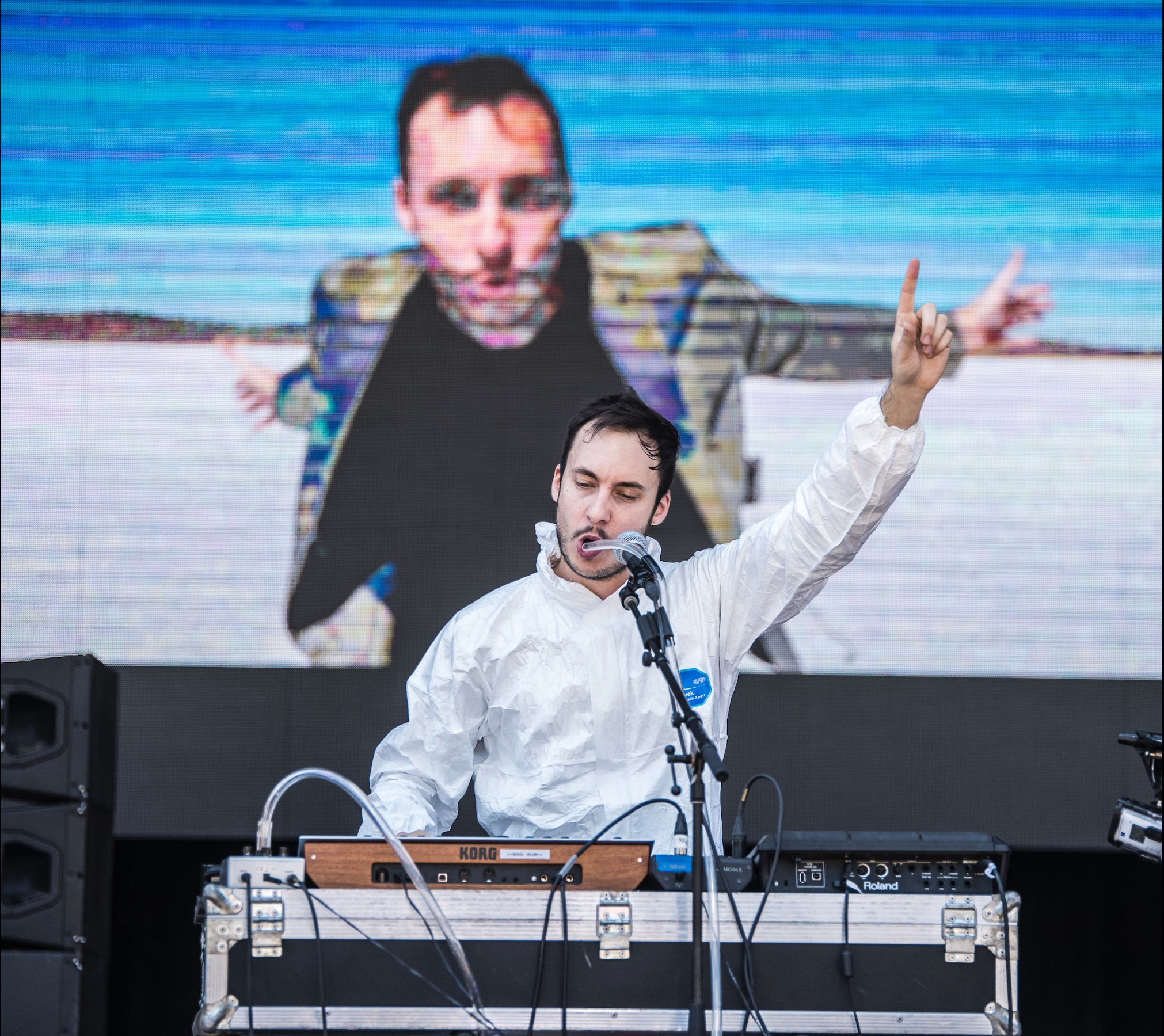 Dave cites early 1970’s Kraftwerk as one of his electronic music inspirations, and perhaps the irony of this is that the relentless march of the development of electronic music production, and of the technology that enables it, is also thematically analogous to the message in this track and video. Dave has certainly made valuable contributions to the development and wide appeal of EM, both at home and abroad. His works are on high rotation on national radio trendsetter Double J, and can boast over a million Apple Music streams. Clearly Resin Moon is doing something right.

The Northern Territory in general and Central Australia in particular continues to produce world-class artists and Resin Moon is prominent amongst his peers. This award-winning experimental pop composer and producer brings an intellectual bent to the genre – radio friendly, yet captivating on a much deeper emotional and philosophical level. Put on the headphones, crank up Youtube and imbibe Resin Moon’s message. Check out the video below:

Resin Moon’s music can be accessed via Spotify, Apple Music and all the usual streaming suspects. Limited edition vinyls can be purchased from his record label SING HUM website http://www.singhum.com/