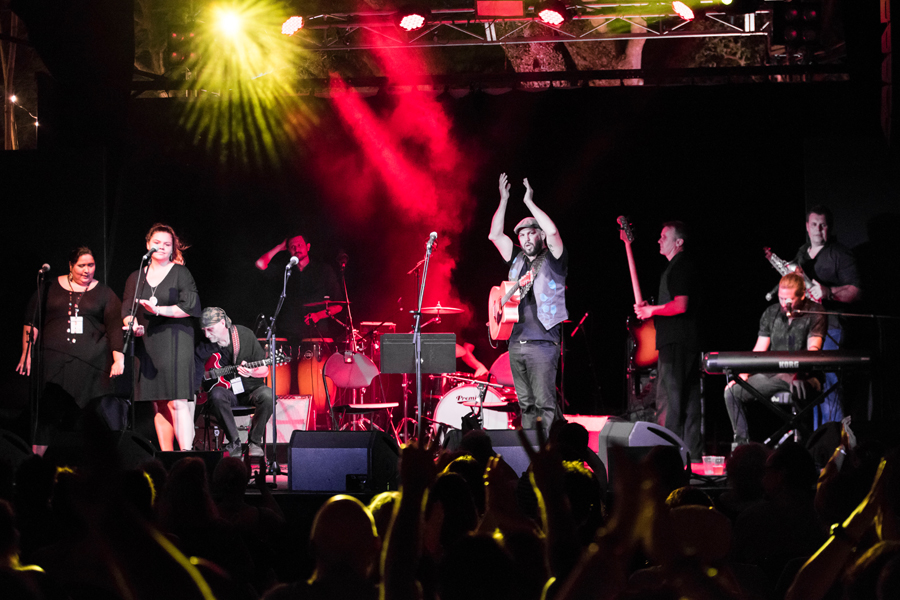 David’s punchy yet thoughtful songs played out to a spellbound audience as Dave, through his music, told his story of pain, loss, substance abuse and the process of rediscovering himself and regaining his direction, some of which through early songs revisited with a more mature hand.

David comes from a long line of Indigenous musicians and storytellers and the talent certainly did not skip a generation with him. It was also a very special night for David, having his father join him on stage, life coming full circle, as it were. The vibe, both on stage and off, was as positive as a vibe can be.

Those in attendance last night witnessed more than a world-class performance – they witnessed a musical coming-of-age of an artist now clearly comfortable and in command on stage and humbly appreciative of his audience’s enthusiasm for his work.