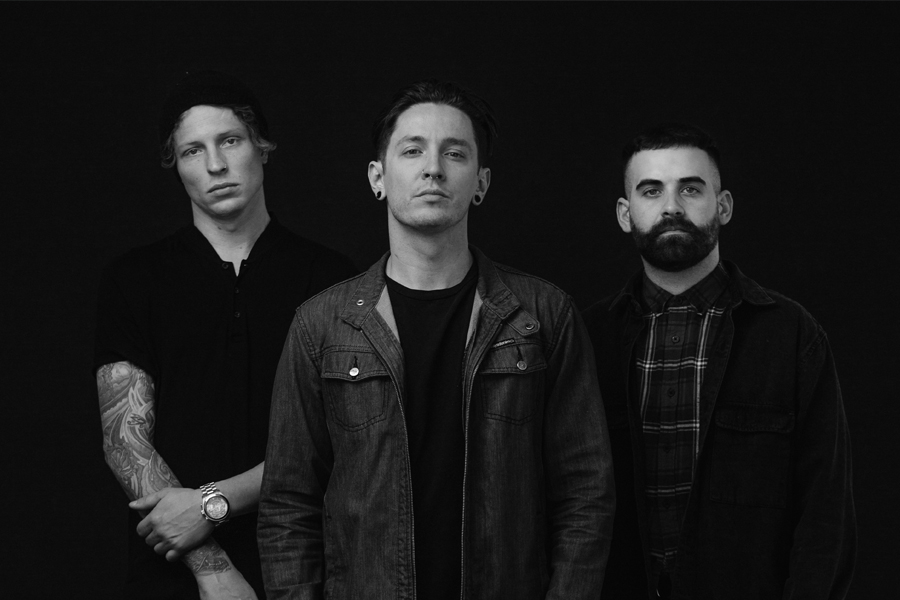 The album is available to pre-order and can check out ‘Red Clouds’ here: http://smarturl.it/violentnoise

“‘Red Clouds’ is the first single off Violent Noise and tells the story of how The Word Alive came to be,” explains vocalist Telle Smith. “Before we knew each other, every step we took into life’s unknown led us to each other and to creating the songs we’ve played across the world to our incredible fans for the last nine years. We’ve endured every challenge a band can face, and have continued to rededicate ourselves to each other as friends throughout. The same passion that ignited this band remains today. We’re more than individuals because The Word Alive could never be a single person or a single song. We’re a family that includes every single one of you. So as we begin this new chapter together, and we let you into our lives and minds more than ever we hope you’re ready to overcome your own challenges and fears to chase your dreams with us. It begins…”

The band’s fifth record Violent Noise is yet another step in the evolution of the highly impressive group, who reached as high as #31 on the Billboard Top 200 with previous release Dark Matter.

Now a trio – Tyler “Telle” Smith [vocals], Zack Hansen [guitars], Tony Pizzuti [guitars] – Violent Noise represents the culmination of a decade of a band and an unbreakable bond. In many ways, THE WORD ALIVE set the stage for the next progression on Violent Noise with Dark Matter. They’ve re-teamed with the producer behind their last offering,Matt Good [Asking Alexandria, From First To Last], and followed a similar spirit unafraid to experiment.

Previously touring alongside the likes of Killswitch Engage, A Day To Remember, Motionless in White and more, THE WORD ALIVE are set to tour the US with In This Moment prior to the release of new album Violent Noise. UK dates to be announced for later in the year, more news soon.

THE WORD ALIVE – Since 2008, The Word Alive have steadily maintained a course towards the forefront of alternative music and continue the upward trajectory with their fifth studio album Violent Noise. The Phoenix-based trio-Telle Smith [vocals], Zack Hansen [guitars], Tony Pizzuti [guitars]-tosses and turns between visceral metallic power and entrancing emotionality encased in swathes of otherworldly electronics. It’s a singular sound that has naturally evolved since Deceiver [2010] and through Life Cycles [2012], Real. [2014], and Dark Matter [2016]. They’ve earned acclaim from the likes of Alternative Press, Revolver, Guitar World, and Modern Drummer, have supported I Prevail, Killswitch Engage, A Day To Remember, Asking Alexandria, Motionless In White, and Parkway Drive, among others, and are known for their ability to ignite crowds across the globe. 2018’s Violent Noise represents the culmination of a decade and the unbreakable bond shared by Telle, Zack, and Tony. They re-teamed with the producer behind their last offering Matt Good [Asking Alexandria, From First To Last] and followed a spirit unafraid to experiment. By holding nothing back, The Word Alive’s connection rings out louder than ever before on Violent Noise. “The most distracting noise in life is the one that comes from your head,” Telle explains. “We all battle with self-doubt, insecurities, and trust. This record is about the balance. There’s light and dark. Nevertheless, you always have control. I want to show everybody that. I’m proof.”