This is an unusual one for us.

Unusual in that The Harry Macintosh Project is a band from the UK but their guitarist and main songwriter, Thomas Jessen-Cox, moved to Alice Springs a couple of years ago and formed up Adjuster, plays in Bug-Eyed and plays live with local EM maestro Resin Moon (aka Dave Crowe), their first gig together being last year’s Wide Open Space Festival.  The Harry Macintosh Project is therefore on an indefinite hiatus due to Jessen-Cox’s geographical absence from the UK scene – which is a damned shame because they are very, very good at what they do. If we are lucky and the stars align, we may see them tour Australia and in particular the NT – this is not out of the question.

Forming in Berkshire, UK in 2005, The Harry Macintosh Project toured extensively around the UK and gigged sporadically up until Jessen-Cox’ and his wife Kate moved to Alice Springs in March 2017 to take up education roles at Yirara College, with Thomas teaching music and Kate taking the role of Classroom Assistant. A culture shock yes, but Thomas and Kate do not regret the decision to gain a better life for themselves. This, of course, was at the expense of The Harry Macintosh Project’s continuity.

But Thomas moving to the other side of the world did not mean the very end of the band, and there was still unfinished business in the form of their latest (last?) album, the kinda-self-titled ‘T.H.M.P‘, released in August this year. Earlier EP releases by the band are ‘Macrofage‘ (2006), ‘The Craniofacial Blues‘ (2014) and ‘Such Is The Vulture’s Love‘ (2015).

“I like to think we created something pretty original though. Lyrical themes were a mixture of disappointment and anger at humankind, personal experiences and complete gibberish”

The Harry Macintosh Project consider themselves to be experimental punk, or perhaps prog-punk (‘pronk’ seems to be a good descriptor). Is it punk? Yes it is. What makes it ‘more than’ punk is a progressive texture and philosophy, and damned fine musicianship and production. The subject matter is (was?) the typical angry youth aggressive stuff you would expect, but this has matured over the last decade and a half into a more layered and thoughtful musical experience, still retaining though etchings of the raw lyrical and vocal emotion that started the whole thing. Says Jessen-Cox: 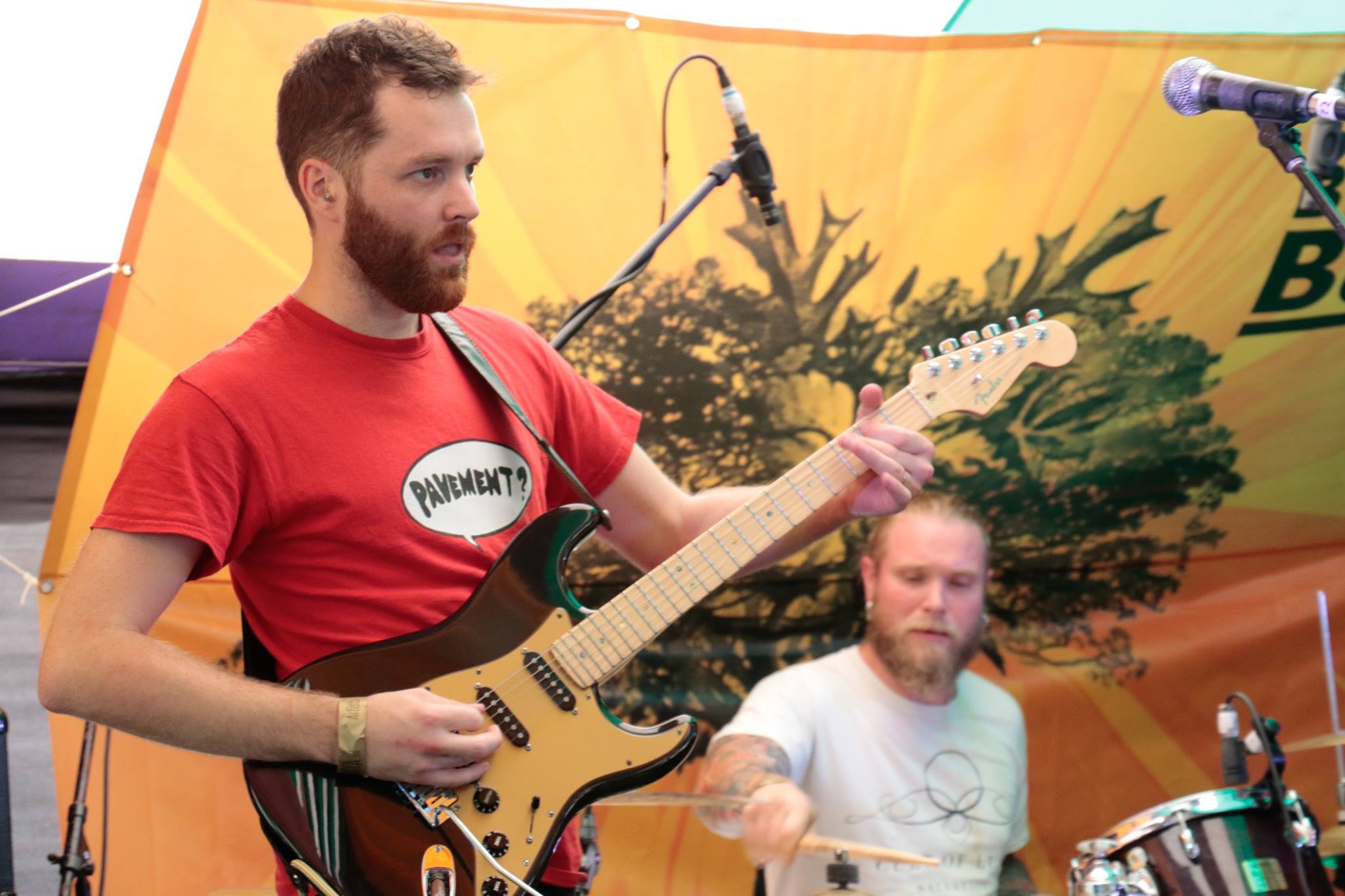 “(The Harry Macintosh Project is) just a melting pot of lots of very different influences. We heard The Murder Of Rosa Luxemburg and The Blood Brothers when we were teenagers and were just blown away, so we thought we’d start a band like that. It eventually ended up being a sort of progressive punk, I suppose. Like The Jesus Lizard meets Cardiacs. I like to think we created something pretty original though. Lyrical themes were a mixture of disappointment and anger at humankind, personal experiences and complete gibberish.”

As mentioned, the band’s music has evolved over time. Of this, Jessen-Cox says:

“Yeah, we played all over the UK. Reception in the early days was pretty contrasted as our music was even more confronting, and our vocalist was a bit of an unpredictable nutcase (laughs). As we matured we saw audiences appreciating us more. I suppose the last two EPs are more accessible than the first two. We started out intentionally writing jarring, awkward music to try and piss people off.”

T.H.M.P. should be a required listing on any punk/alternative playlist. The band achieved their goal of ‘creating something pretty original’, and it is definitely accessible. What sets this offering apart from a lot of others in the genre is seriously good production, over and above the musicianship and writing, making it much easier to digest the messages therein. The songs on this EP are not four-chord wonders. Cleverly-arranged atypical chord-progressions underpinned by strong bass-lines, tight drumming and confident guitar riffs are made whole by an instantly recognisable vocal style often at odds with the more melodic sections of their tracks. The juxtaposition of the vocals to the melody will often pull the listener in two directions – sometimes sweetly, sometimes violently. There is plenty to imbibe here, especially on the last and longest track ‘Zouk Puma‘, which could easily chart if it were given airplay. Are you listening, Triple J???

We sincerely hope that we have not heard the last of this band. We are also grateful to have the likes of Thomas Jessen-Cox in the Territory to pass on his musical knowledge and acumen to Centralian youth, and to immerse himself in the ever-surprising Alice Springs music scene. The UK’s loss is the NT’s gain – now if we can only convince the rest of the band to make the journey to our shores.

T.H.M.P.  is available on Spotify, Apple Music and from Zube Records:

You can listen here: https://open.spotify.com/album/0igl9nAfj8pfncerNf8TfJ?si=GOhBjNOBS-Gtqal6_vQ2OA&fbclid=IwAR2vkJ9_oSYD0m8SQM4ogjHE66BzIK6ZnGajLyyGZwOLWCpazzPIY-LKU-s

Give this album a go – if prog-punk is your thing, you won’t be disappointed.