Foldback Magazine went along to the Happy Yess last night to catch At The Dakota launching their new single ‘Arrow Holder’ from their upcoming EP ‘Melt’. 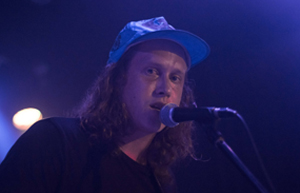 It was a dark and misty Happy Yess that played host to Darwin’s favourite Indie-Pop outfit At The Dakota last night as they launched their highly-anticipated new single ‘Arrow Holder’ to a crowd of over 160 punters.

Featuring on their upcoming EP ‘Melt’, the new release ‘Arrow Holder’ was launched online early due to popular demand, along with a quirky video featuring lush tropical bush landscapes and a strangely bipedal, kleptomaniac buffalo with a drinking problem.  Yes, you read that right.

No doubt the well-deserved hype from the early release contributed to a great turn-out at the venue for these local funsters and they did not disappoint their fans, slamming through a great set of old and new material with their usual gusto and cheeky attitudes. Interestingly the subdued lighting (come on Happy Yess, sort out your lighting issues already!) and mist-machine ambience worked well in opposition to the bright and cheery grooves that these lads bring to a gig. 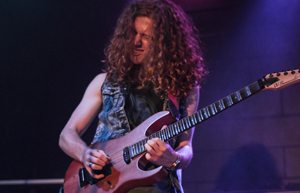 At The Dakota was ably supported by Ben Evolent with a rocking solo set, while the inimitable GAIA, using their youthful exuberance to whip up the crowd for the main act, continue to show that the young artists of the local scene can not only punch above their weight, but go a long way towards setting the standard – as one of the At The Dakota boys was heard to say after GAIA’s set – “That’s a hard act to follow!” Big thanks go to the Happy Yess and crew for putting on a great show while run off their feet.