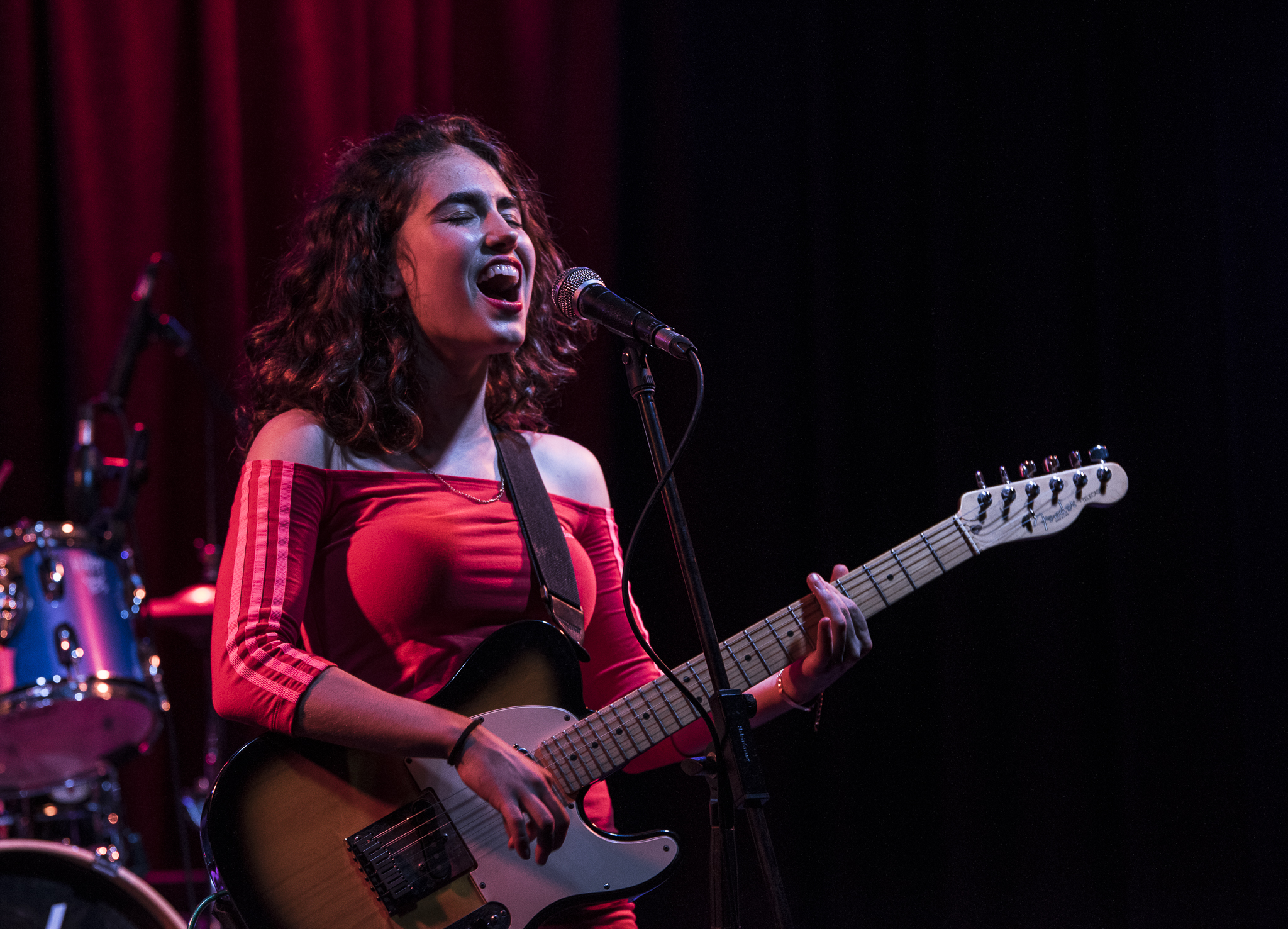 An hour or so before performing all the tracks from her latest EP ‘Blame Game‘ at Darwin’s Happy Yess, Stevie Jean was in Browns Mart Theatre next door, playing a major role in Mary Anne Butler’s intense new play, ‘Cusp‘ for the final Darwin performance before the show goes on the road, her parents in the audience. Far from being worn out, frazzled, or in need of a stiff drink to calm her nerves before the rapidly-filling Happy Yess welcomed her to the stage, Stevie Jean opted for a quick freshen-up and new outfit and came bouncing out of the theatre ready for the next phase of her very busy night. Such is the energy of youth, and of a multi-faceted and confident artist keen to kick things along.

The 20 year-old Darwin singer-songwriter has a lot more going for her than just her incredibly powerful voice. Stevie is highly charismatic without a hint of effort to be so, and the rapidly-rising star’s ego is firmly in check. She is approachable, always has time for her friends and fans before and after shows, and mingled freely in the crowd as the Yess put on the final touches to get ready for her performance. We would guess that Stevie’s grounded approach to her craft, and to rising fame, comes not only from her supportive parents and friends, but more directly in this space from the guidance and mentorship of producer and fellow band member James Mangohig, and Stevie’s ‘Settle Down Sisters’, Caiti Baker and Serina Pech, both of whom played support slots for Stevie’s launch this night. Stevie is a seasoned recording artist and performer by now, having supported Tash Sultana earlier in the year, her collaboration with rapper Tasman Keith with the track ‘Prey’, and a lot of other stuff besides. On November 7th, Stevie heads off on a national tour support slot with the incredible Montaigne, and that won’t hurt her résumé one bit. 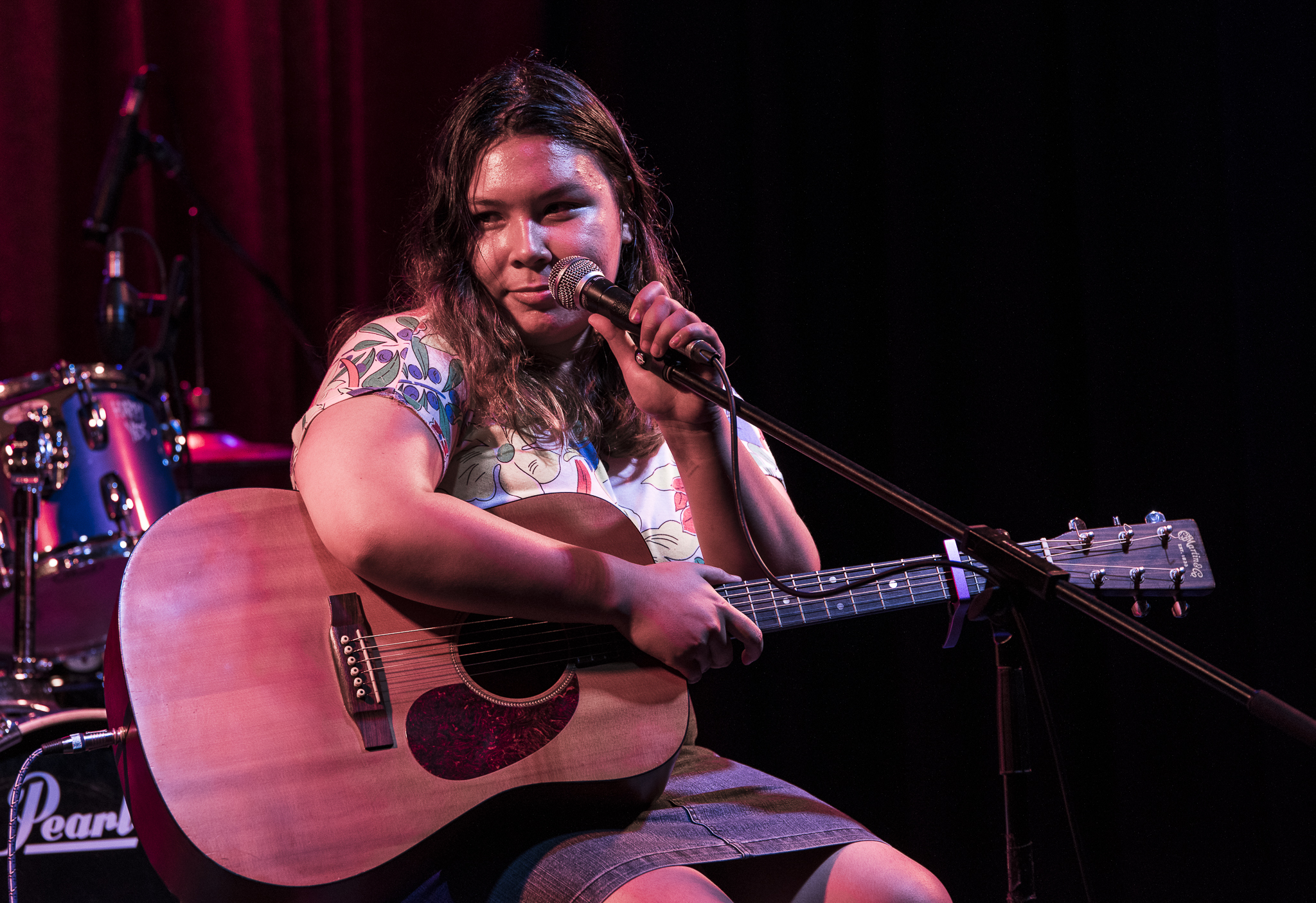 A very chill Happy Yess crowd were nonetheless eager for all three acts on this night – it is not often the immensely successful and sublime Caiti Baker drops into Darwin for a short, intimate guest set, warming up the crowd who were mostly seated on the floor like good students as she gave a vocal master class, with guitar backing by James Mangohig. The school analogy was not lost on Serina Pech, the shy but angel-voiced songwriter from the Territory town of Katherine, who riffed that she felt akin to a school ma’am, sitting on a stool with her acoustic guitar on the small stage in front of her ‘class’. Serina has a very understated energy that comes deep from within, a transcendence of sorts, with deeply stirring lyrics and a voice you get lost in. 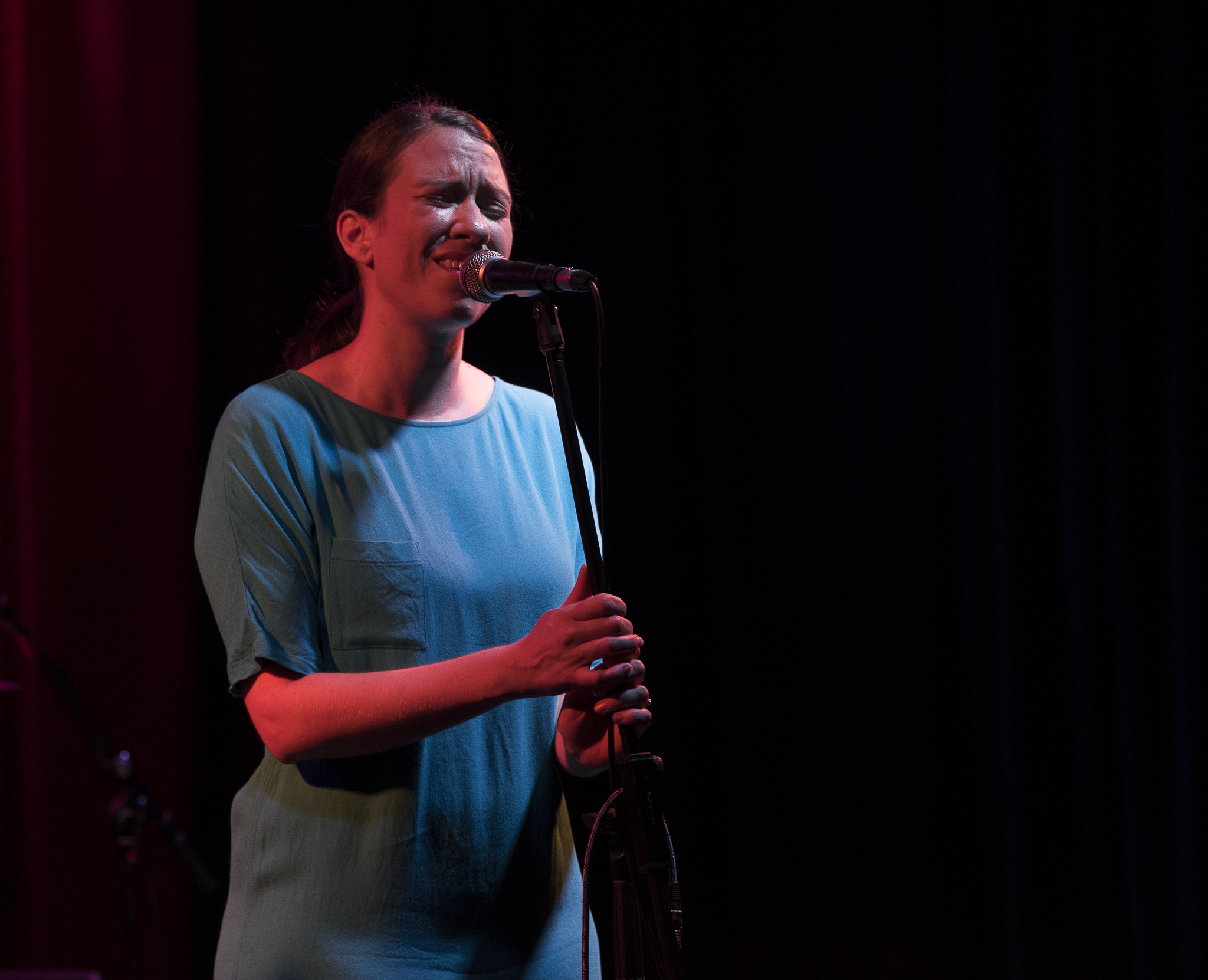 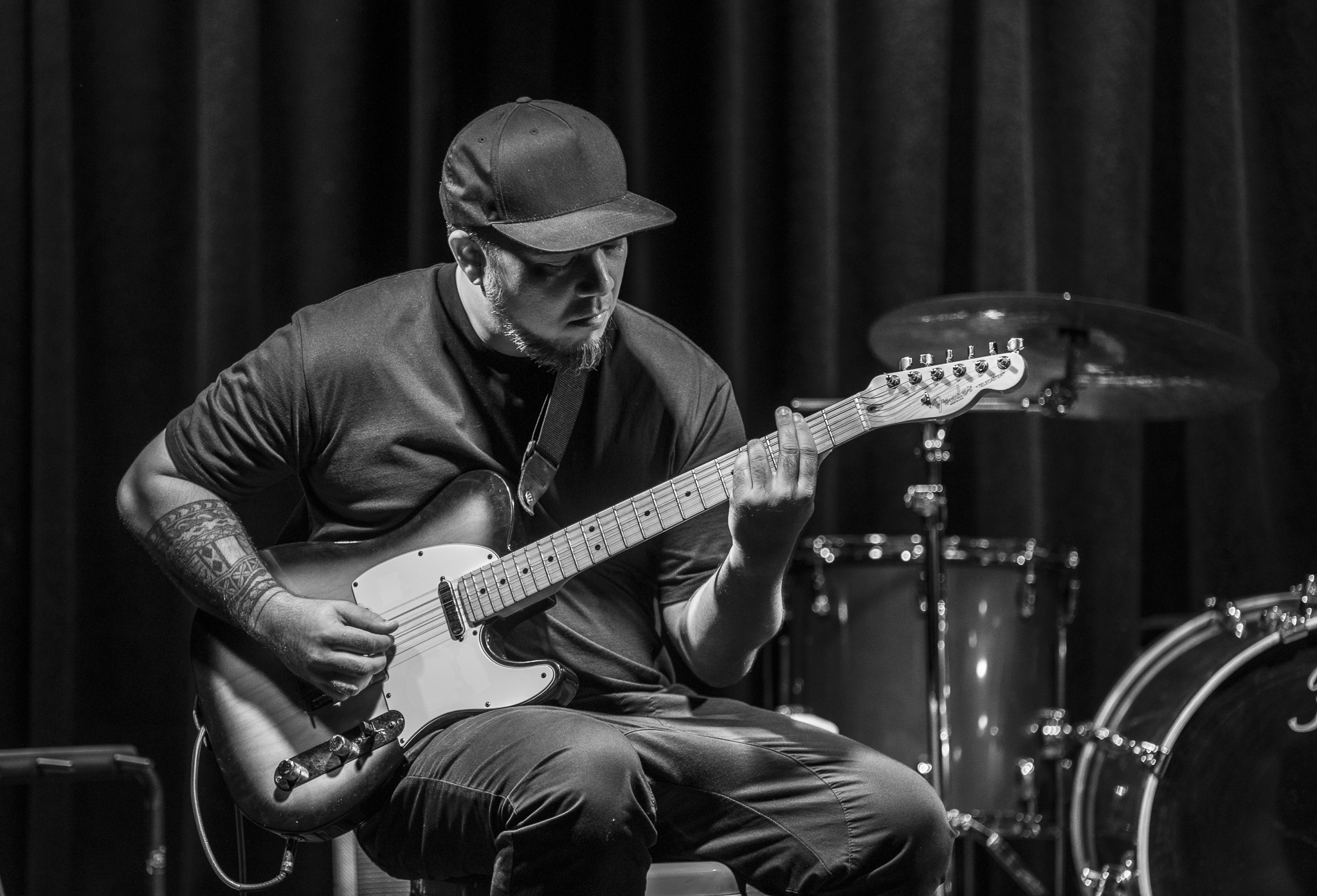 Stevie, Telecaster in hand, performed ‘Blame Game‘ in reverse order, starting with her Triple J Unearthed High Top five single ‘Hell In Every Religion‘ breakout track. The vibe she gave out was one of ‘fun, pumped-to-be-doing-this’ enthusiasm as she shared the stage with her rhythm section of James Mangohig (bass) and Liam Budalasia (drums). The Happy Yess is the perfect venue for a small live production and Asher Gregory on sound made the stripped-down stage sound huge, loud and crystal-clear. Teghan Hughes, the HY Manager, has certainly turned a good venue into a great one in the short time she has been there. 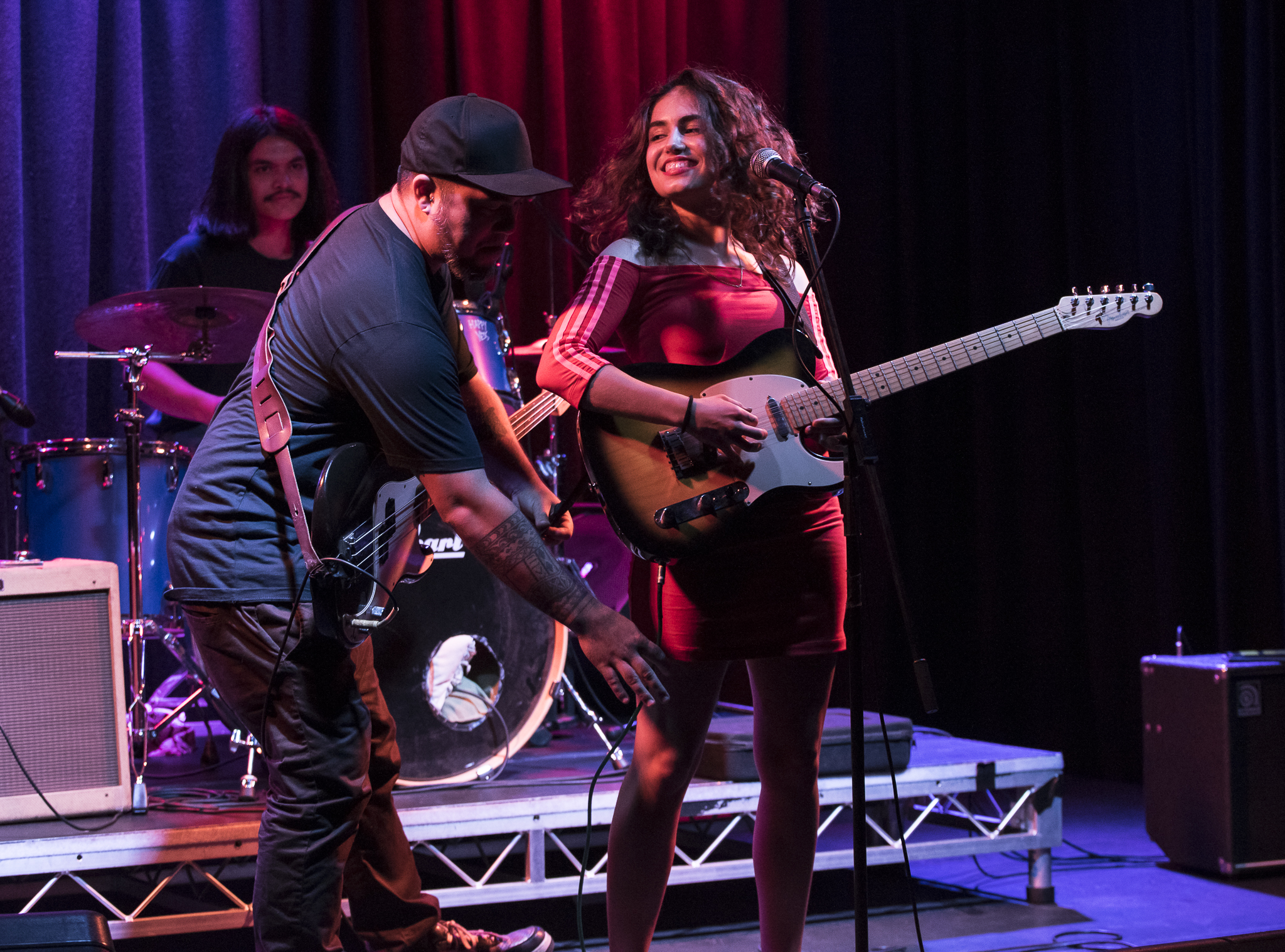 Stevie’s excitement got the better of her during one of the latter tracks and she suddenly found herself with a detached guitar strap – a situation rapidly corrected by the veteran performer Mangohig, undertaking running repairs as the set wound up to it’s conclusion. The final song of the set, ‘December Song‘, is a deeply personal one for Stevie Jean, stemming from a high school romance that had strings attached. As reported elsewhere, Stevie had this to say about ‘December Song‘:

“I’m willing to admit to being an entire cliche in high-school. I fell in love with my best-friend who had a boyfriend. As we got older, she started calling me every time she drank. “December Song” is the ultimate “I bet you want me now I’m gone” anthem. It’s petty and it’s triumphant!” 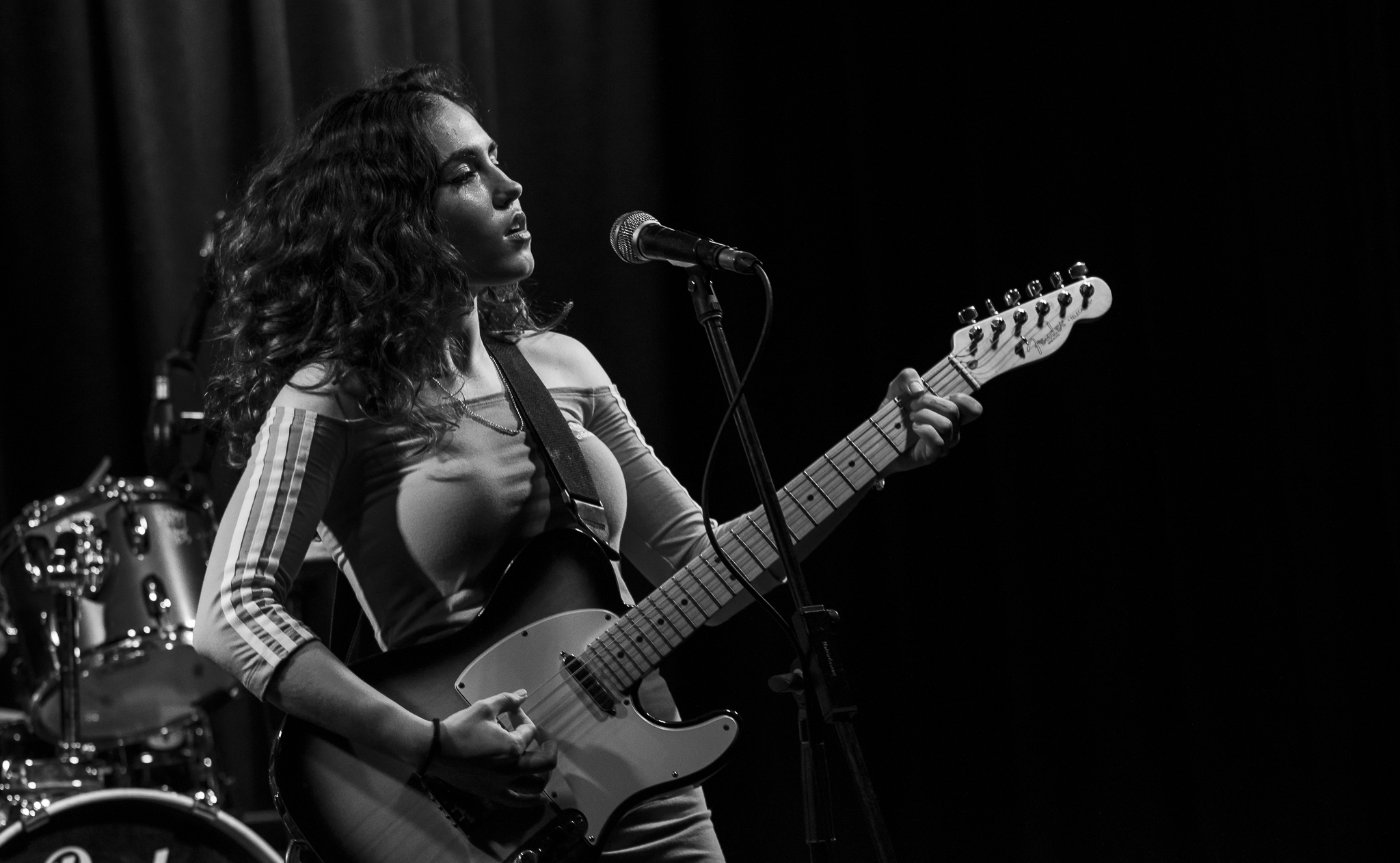 We don’t know about petty, but Stevie was certainly triumphant on this night. She joked that she was expecting to have to close the Yess’ iconic roller door to keep the vibe in for the ‘crowd of five’ that she was expecting to turn up – sorry Stevie, that was never going to be the case. Darwin loves a humble local girl with the guts to go and make her own path and there was a lot of love in the room this night. Stevie has the go in her to do exactly that and then some, whether it be music or acting – or whatever direction she decides to take. 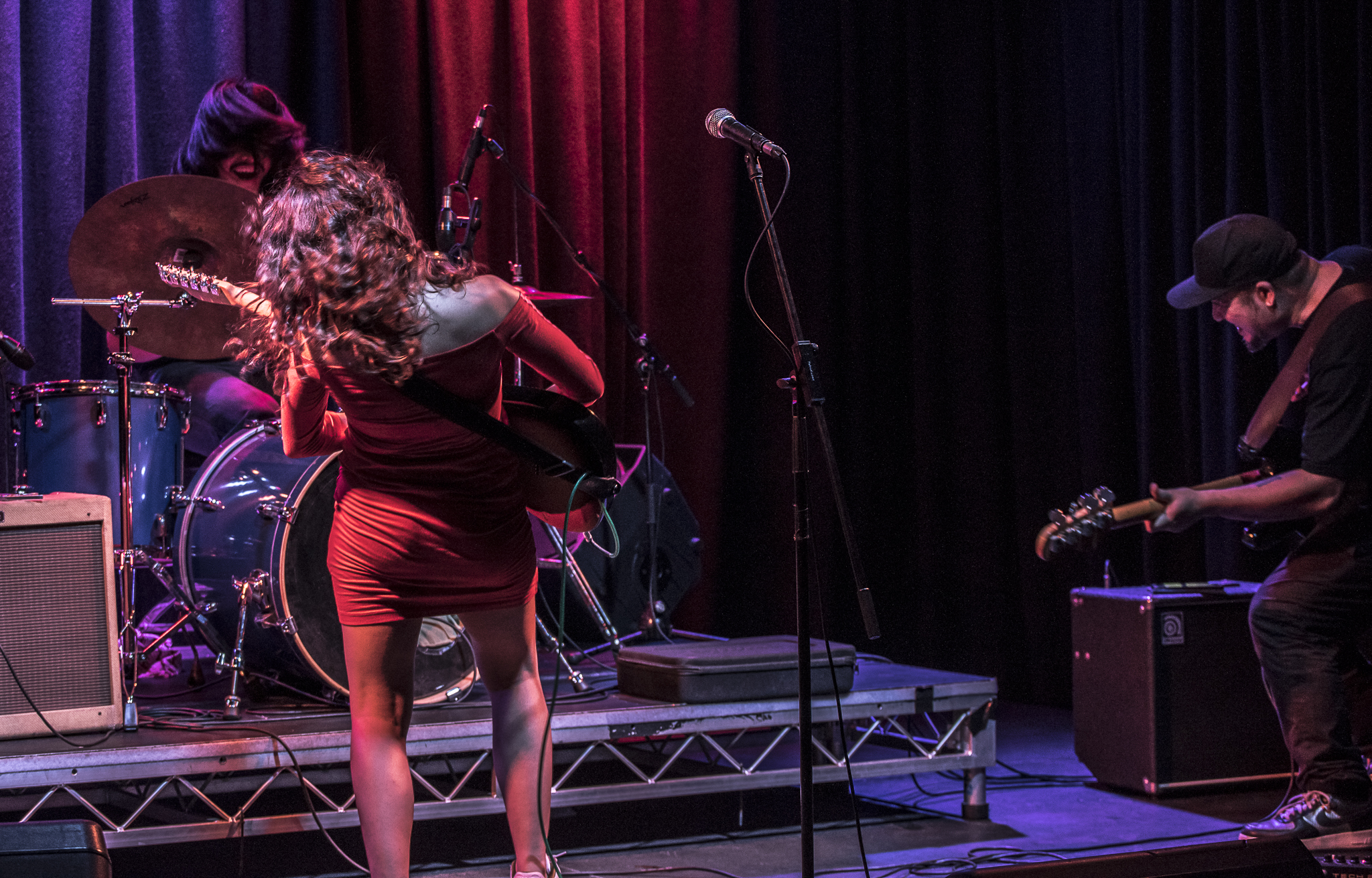 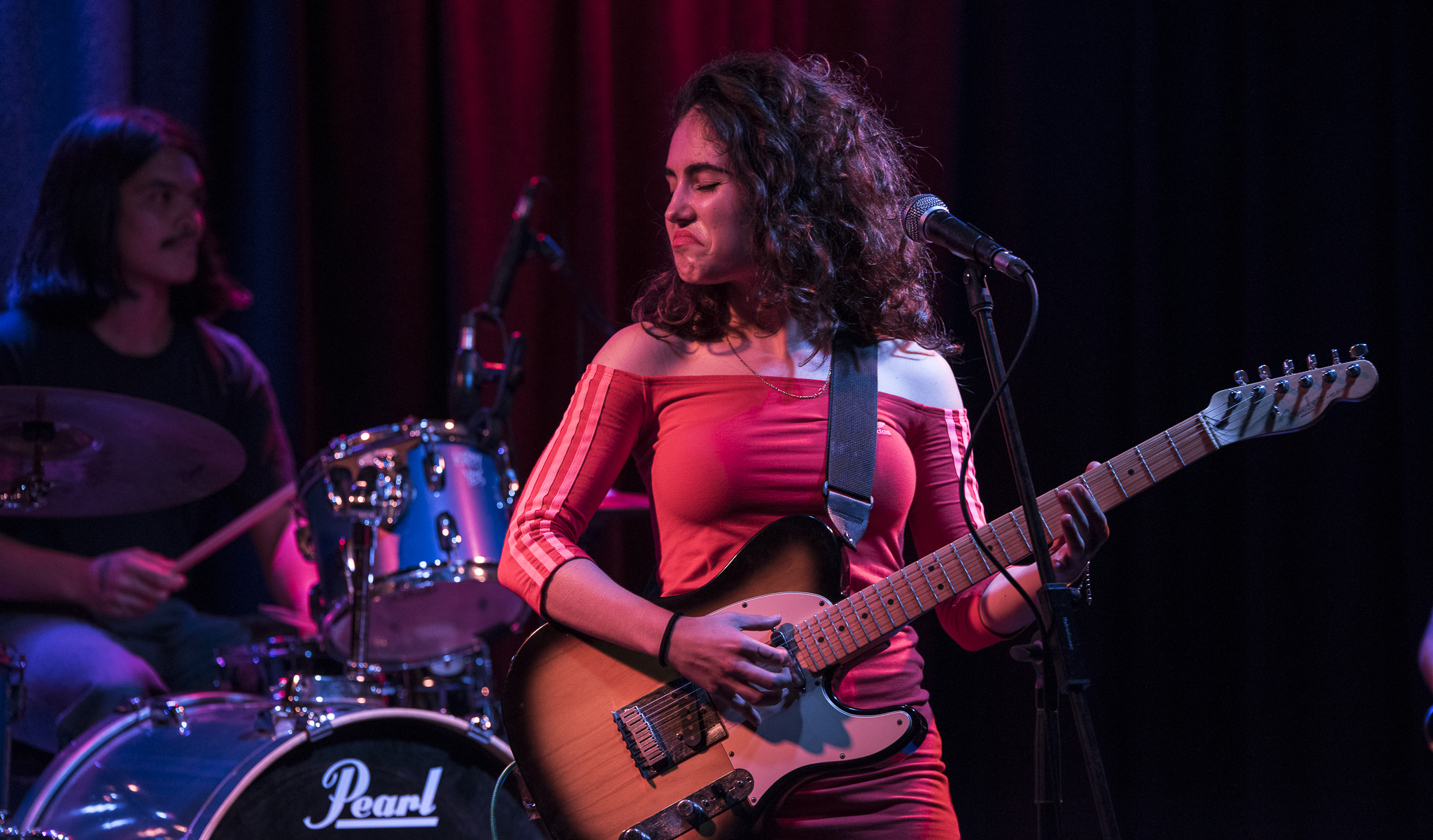 You can listen to ‘Blame Game’ on Spotify here: https://open.spotify.com/artist/2dgU0YtDtHnKAWxVrTeNZP?si=mOd0-eVCQGCwbogCzD-Ezg