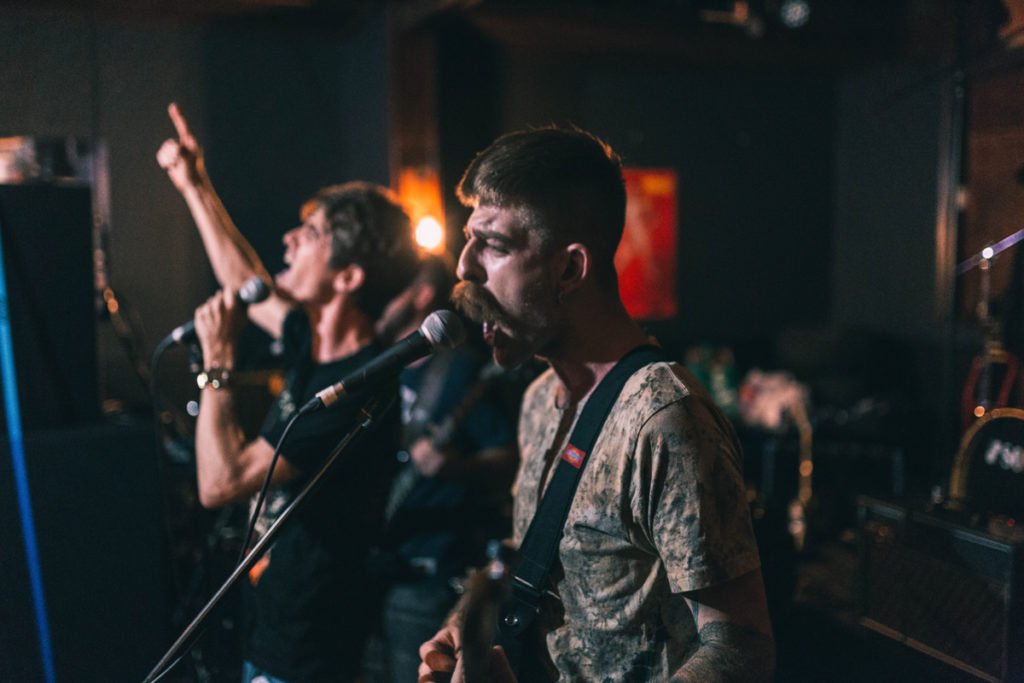 A new home for local live music in Darwin opened it’s doors on Friday April 12th to an eager crowd of punters with the inaugural Alternative Night at Bar 3 gig, featuring some of Darwin’s most left-of-centre bands. Located at Bar 3 on Edmunds Street in the CBD, the revamped Squires venue has provided a much-needed breath of fresh air to live music entertainment in Darwin.

The idea to open up Bar 3 for gigs was the brainchild of local musician Lindsay Wright. Says Lindsay:

“Ive always wished there was somewhere in Darwin that we could go and hear alternative/heavy music. Going out to town just isn’t as inviting to someone that doesn’t like the untz untz or the doof doof, and in a town like Darwin where going out is about all there is to do, it can get a bit repetitive. About a year ago Sam Clements and I even looked very seriously into reopening the Chippo, but unfortunately it ended up not looking like the best idea at the time. Then one day I was walking past Bar 3 and a light bulb appeared above my head.”

So Lindsay’s light bulb moment finally came to fruition on April 12th, and these ‘alternative nights’ at Bar 3 look set to become a regular event. Don’t be put off by the ‘alternative’ tag – it of course depends what you consider mainstream live music to mean, but Lindsay is hell-bent on inclusiveness, including genres such as hip-hop, grunge, all metal codes and lots more. says Lindsay:

“If this first ALT night goes well, not only will I be trying to make it a monthly thing, but I’m already in discussions with local artists about a hip hop night and heavier music nights in the near future. Hopefully if I build it (and market the shit out of it) they will come.”

Lindsay says he has received excellent support and advice from local tech Asher Gregory in working out the setup for the venue and what gear to hire for the gig, with Lindsay sourcing equipment through favours and Michael Vernau from Charles Darwin University.

Opening the night on April 12th was 12 deg sth, a trio powerhouse who gave a raw unfiltered squeeze of trashy punk,  building up the pace before local thrashers Temperamental took to the stage to bring a full force of their head-banging riffage.

Next up was Danger Den, a new addition to the Darwin music circuit over the last year who bring a certain edge of indie punk-rock to the scene.

Headlining the night was The World’s Fear, who were playing their last gig with legend drummer and DJ Fletcher Kane Bowman before he parts way to focus on his upcoming radio presenting career. A bittersweet moment for sure, nonetheless they hit the ground running from the first note and had our energies on a high with their fast paced catchy tunes. We will be sad to see Fletcher go and we are sure that we have not heard the last of him.

Bar 3 provides a fresh new venue for local musicians to delve into their craft, and helps broaden our already diverse music community and rich music culture, opening up more opportunities for us to experience new live music. Well done team!