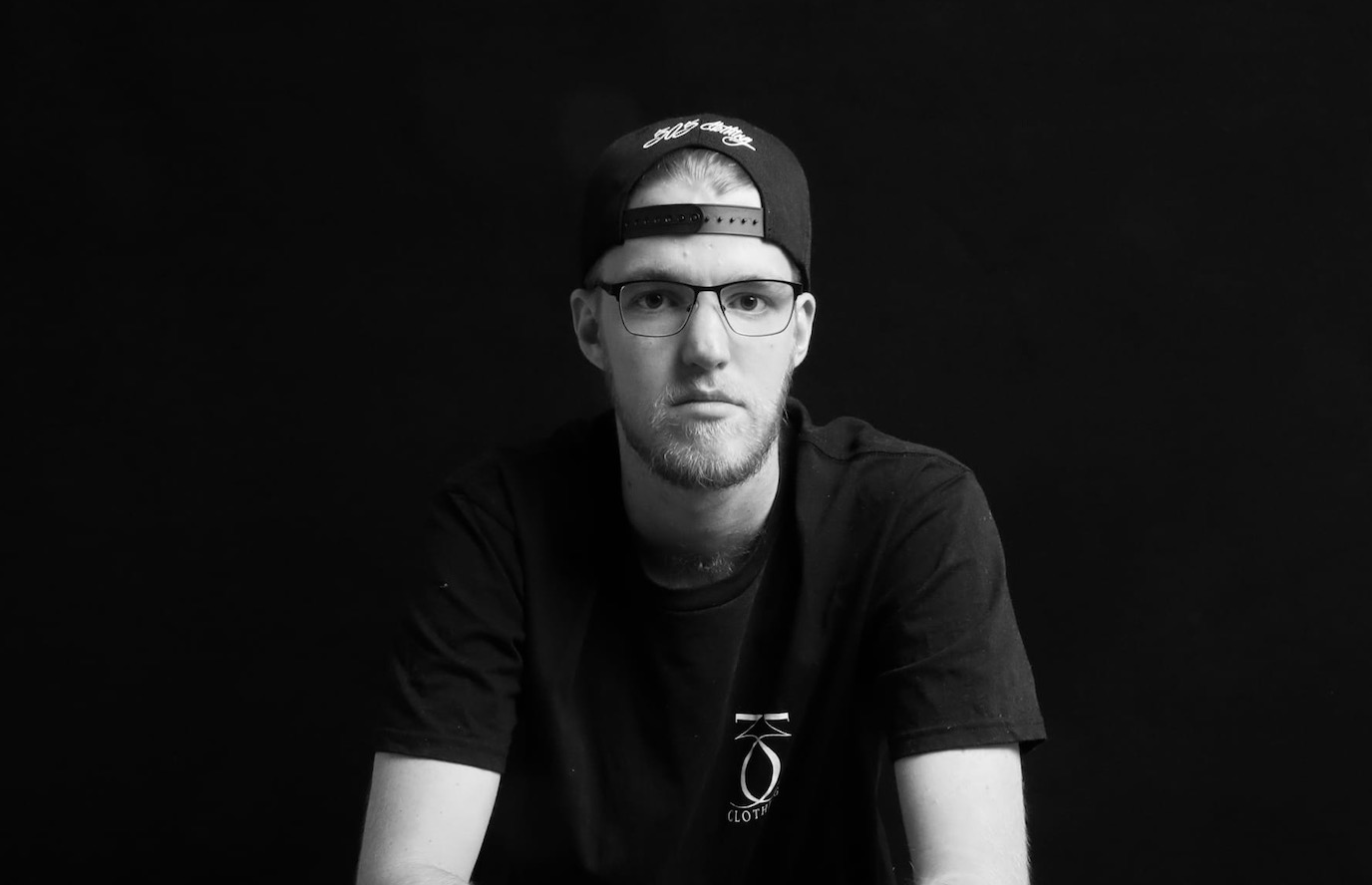 Emcee Clifton (aka Nicholas Clifton) is a focused young Darwin rapper with a mission to produce quality hip hop for Top End audiences and raise the bar for the local hip hop scene. He will be performing his mixtape ‘The Rabbit Hole‘ this Friday, May 10 at the Happy Yess in Darwin, along with support from Devine MC + Tor

The first thing you notice about Clifton’s tracks are the mature, articulate rhymes and technical flow that sound like they should be emanating from a much older and experienced hip hop artist. The next realisation you come to is that Clifton has put a lot of effort into the production of his tracks. The net effect of this can be summed up in one word – quality.

And quality never goes out of style. It is the quality of the beats, flow and production that is setting Clifton apart from his contemporaries. Whether or not you pick up what Clifton is putting down lyrically, that is subjective and a matter of taste. What is objectively good, whatever your lyrical bent, is that his works are finely tuned, pedantically produced and fit for listening. Clifton could be talking absolute bollocks and it would still sound professional.

With the dropping of his mixtape ‘The Rabbit Hole‘, Clifton takes us on that Wonderland journey through his emotions, raw with the passion of youth not yet curtailed by the passage of time, nor cauterised by meek acceptance of the status quo. Clifton has something to say and goals to achieve. Manhood, sex, love, truth, substance abuse, false friends and existential angst compete for pole position on this philosophical racetrack that runs riot through the open plains of the mind like a Kansas twister, upending everything. 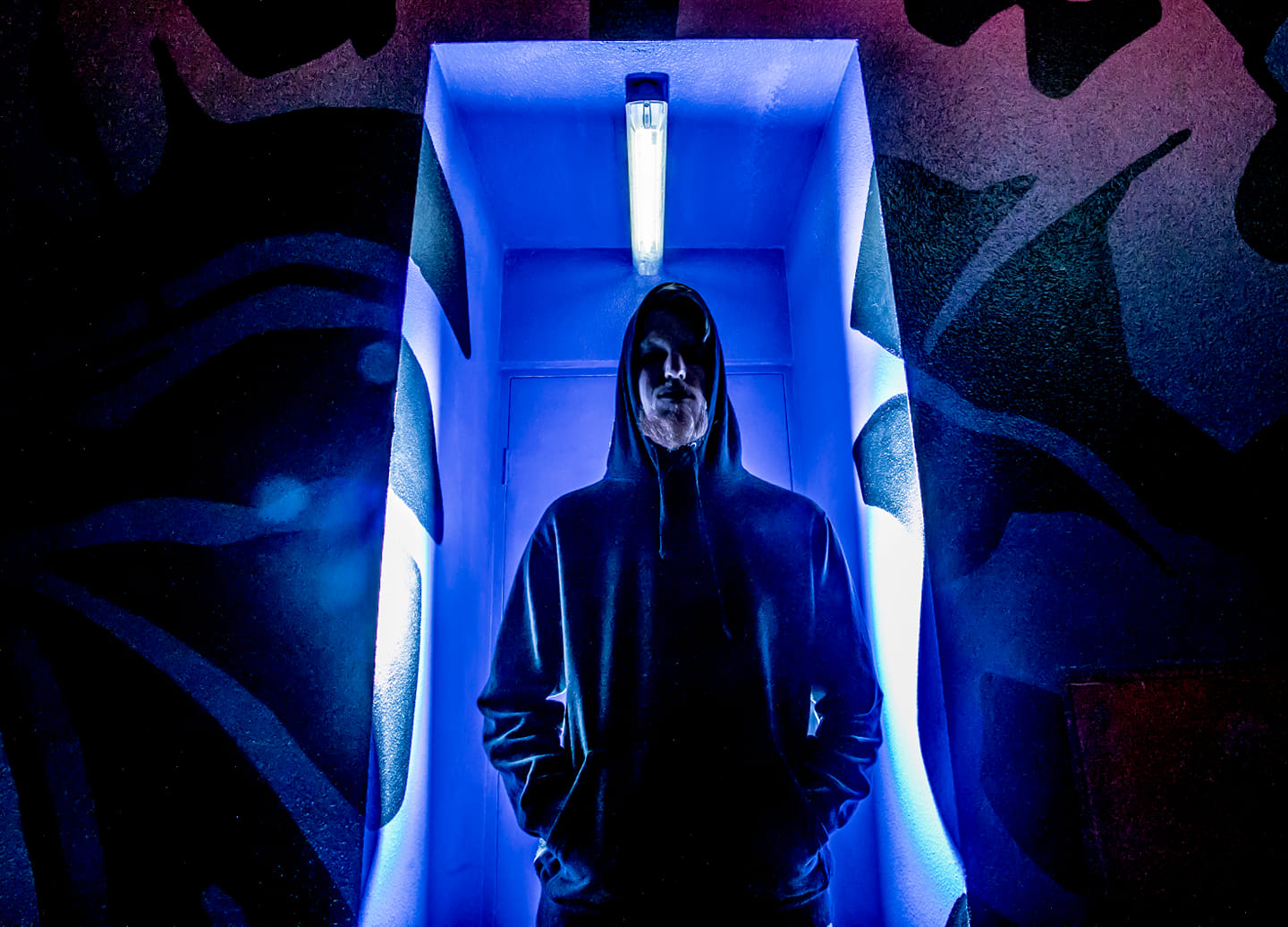 But don’t stay in your basement hoping to ride the storm out. Let Clifton’s rhymes pick you up and deposit you somewhere you have never been, or were too afraid to tread. In the immortal words of Hunter S. Thompson: “Buy the ticket. Take the ride.” It is not a particularly sunny journey however, so keep your seat belt fastened whilst seated. Maybe one day Clifton’s turbulence will clear and we will hear something a bit lighter, more whimsical. Yeah, nah.

Clifton is what he is, and the fucks given amount to zero. He is on a mission, and hopefully he does not become a prisoner of his own device, this Rabbit Hole mixtape. The mission is simple – raise the stakes. Says Clifton:

“The Rabbit Hole is a mark of a really big phase of my life where I was sort of constantly on a sort of down down down down. The last two or three years has been me trying to recover what part of my musical integrity that I had when I started in the beginning. It was a big way to signify how my identity has changed, and how it continues to change. The Rabbit Hole, in Wonderland, encompasses someone falling and not really knowing where they are going, hitting the bottom and finding it ‘interesting’.”

Clifton does hope to raise the stakes with this mixtape, and his other quality works, including his finely produced music videos. By raising the stakes, he means in essence to have the NT hip hop scene become more professional and self-sustaining, and not reliant on bigger interstate acts to draw regular crowds, and to attract punters who are not just there because they are all friends with each other and rappers themselves. He doesn’t diss on this facet of regional city hip hop community spirit by any means  – far from it. He just thinks that more can be done locally to raise it up to a national level. He would like to see crowds lined up around the corner at large Top End venues to see Territory hip hop artists without the big-name headliner from down south being the main draw-card. And hopefully by doing so, the local artists end up as major draw-cards nationally themselves. 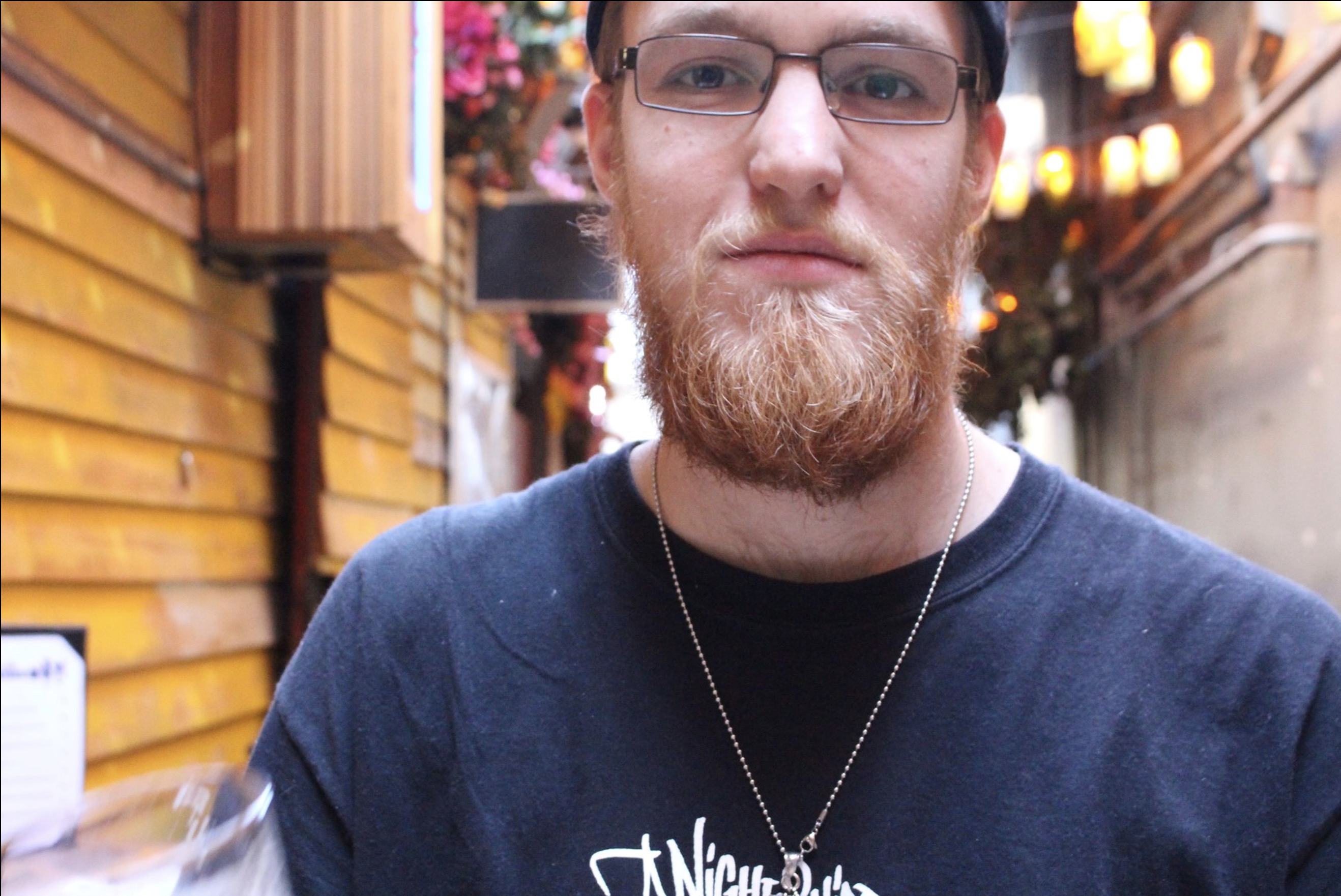 “If you’re not willing to take everything you have done in the past and throw it out there first, and show that progression, show that you are growing as an artist, and only then start releasing your newer stuff, that’s a missed opportunity.”

Hip Hop in Darwin needs to be more than just a hobby, according to Clifton, and local rappers need to perform for paying audiences and not just for their own circle. Clifton knows that hip hop is as much of a business as it is an art, and should be treated as such. He knows that not everyone has one hundred percent to give to their art, because people need to work, pay rent, eat, look after their babies etc. But drive and determination are key factors in the success of any enterprise, and hip hop is no different.

‘The Rabbit Hole’ signifies Clifton putting his toe in the water and taking the plunge, the next step if you will. Having said that, ‘The Rabbit Hole’ is almost all ‘old stuff’ – Clifton explains:

“There are a lot of artists around the country that have buckets and buckets of music sitting aside ready to be released, but they sit there and go ‘Hey I have all this newer stuff that I want people to hear first’. If you’re not willing to take everything you have done in the past and throw it out there first, and show that progression, show that you are growing as an artist, and only then start releasing your newer stuff, that’s a missed opportunity. I could have easily just skipped The Rabbit Hole completely and gone ‘Hey, I have better music, I have better things that I can put towards this…I didn’t want to leave that story unchecked, because if then I was to release a better product, and then dropped something that was sub-par (older) in comparison, then people would be like ‘Hey hang on a second his quality has dipped’ when in reality it’s me trying to show a lineal progression.” 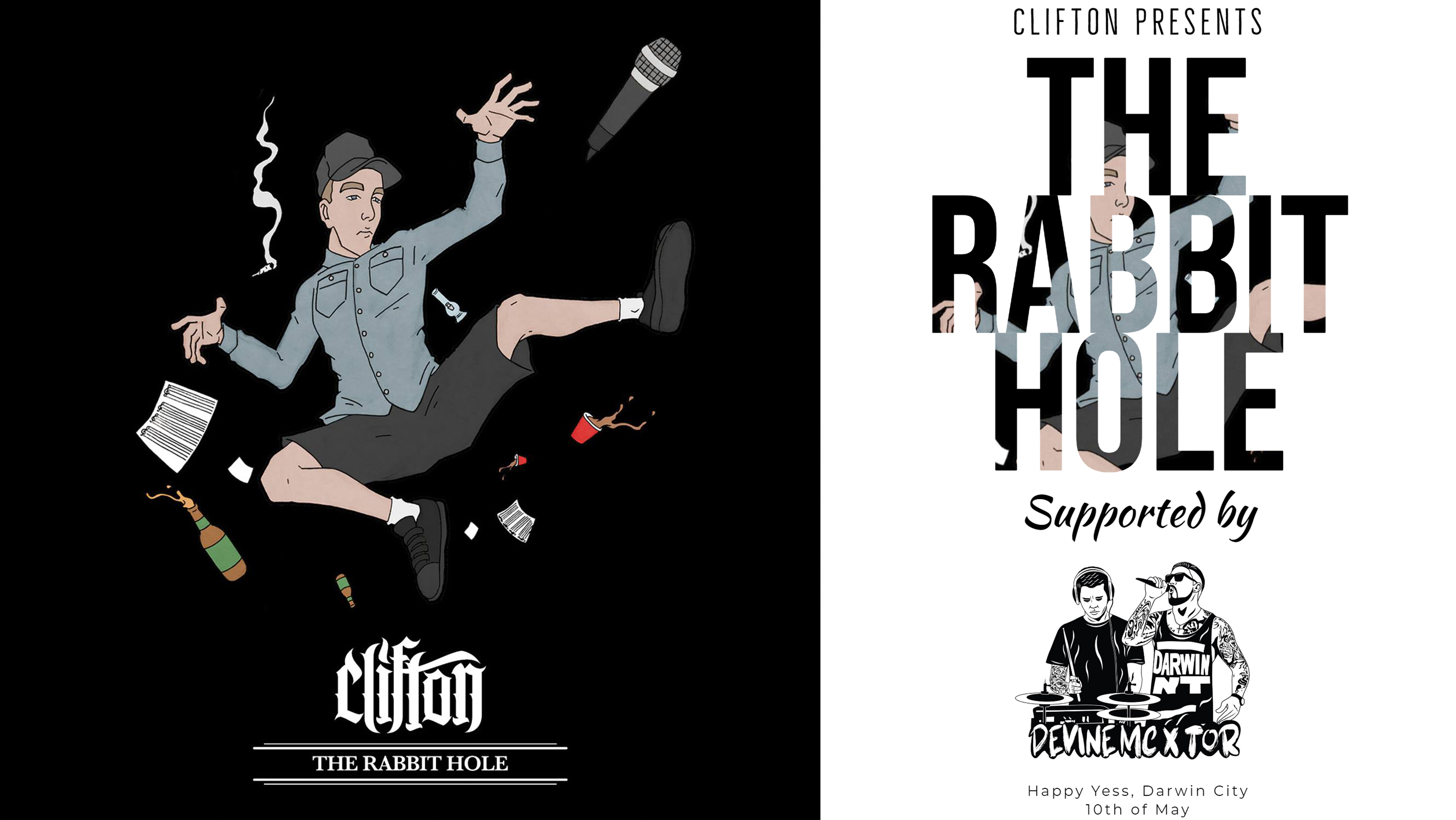 Clifton essentially wants people to look at ‘The Rabbit Hole’ as a place he was at, at a certain point in his career, and see how far he develops as an artist as he progresses. That these tracks were written over the last couple of years encompasses a lot of ‘boyhood to manhood’ stuff and is therefore necessarily dark, but it seems that there is light at the end of Clifton’s tunnel, beckoning him on into the future.

Check out this slick vid of one of Clifton’s tracks, ‘Warzone‘, produced by Telling Beatz, mixed and mastered by Burd Brain and shot and edited by our very own Connor Askham:

Clifton will be performing his mixtape ‘The Rabbit Hole‘ this Friday, May 10 at the Happy Yess in Darwin, along with support from Devine MC + Tor. Tix are $10.00 on the door. Merch available. Get along and support NT Hip Hop and the awesome venue that is the Happy Yess.