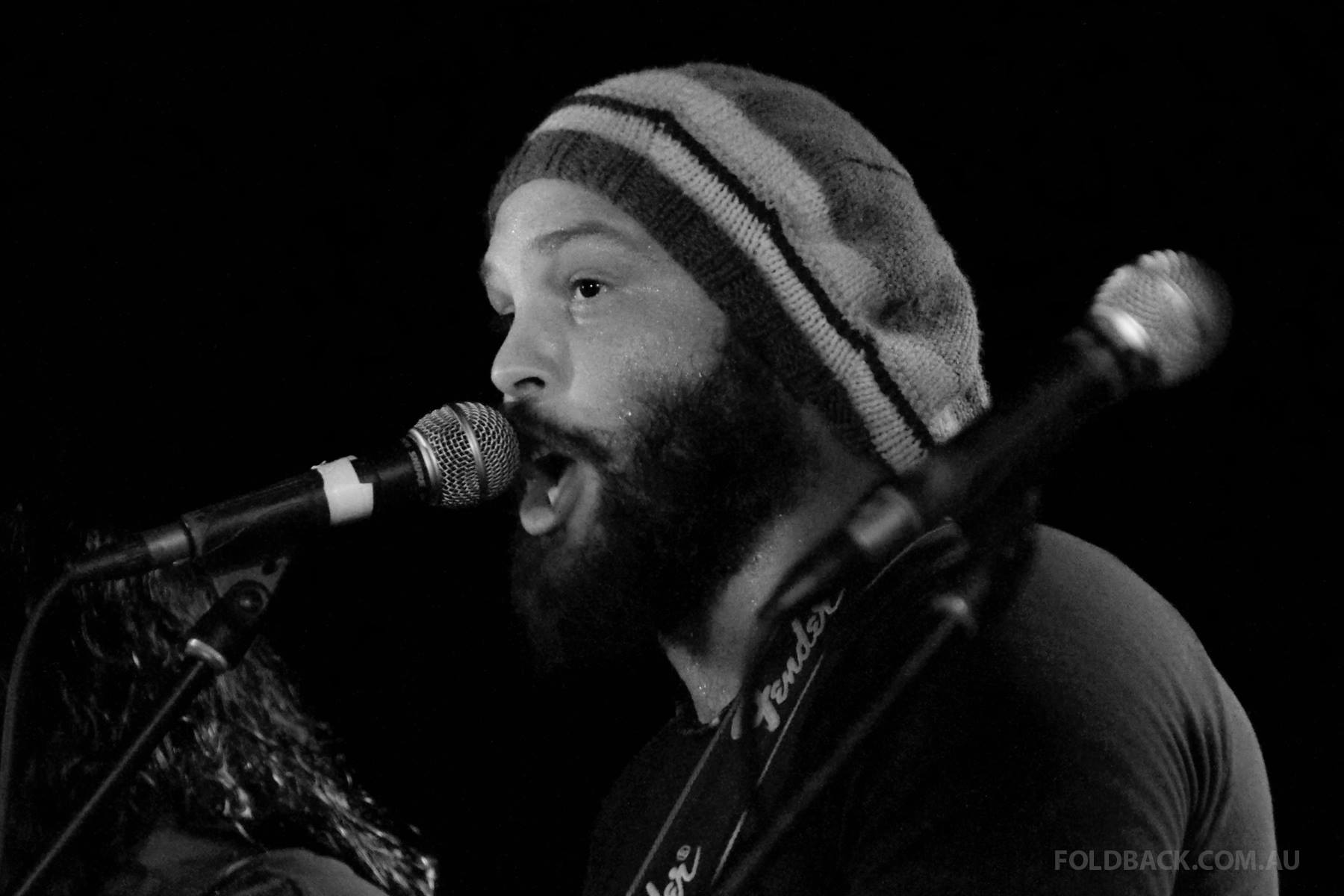 Two of Darwin’s leading original reggae music acts graced the stage at the Happy Yess at January’s end to a large and very enthusiastic crowd – Dave Spry and the Moral High Ground and Room 105. It rarely gets better than having these two staunch reggae masters on the same ticket.

Dave Spry and his crew were as polished and professional as ever. The charismatic front man steered through his substantial catalogue of original reggae, roots and bluesy favourites with precision, ably supported by the talented musicians beside him. The sparkling backup singers added a wonderful layer to a voice and style that is very well known around town – Dave is a working musician and reaps the rewards of his efforts with the respect of both his fellow musicians and punters alike. A proud Indigenous Australian artist, Dave sings of issues affecting his community as well as the everyday travails and triumphs, loves and losses of modern Darwin life. Opening with the stirring lament ‘All the Lies’, TMH grooved through the set upping the ante with tracks such as ‘Love Shoes’ putting the ‘Happy’ in the Happy Yess crowd.

Following on from the groove of The Moral High Ground, the lads from Room 105 put on their last gig for a while as front man Brenton Ryan takes a sabbatical down South. Always fun to watch and listen to, the band playing at their spiritual home is always on top of their game. Much love in the room for these guys was captured by the Foldback cameras, with barely room for us to move through the enthusiastic crowd. Brenton, Jamaica Richards, Tom Anderson and Jason Irvine had everyone jumping and it was good to see fellow artists like Ward Hancock and other Rambutan Jam Band alumni front and centre bopping along deliriously in support of their brothers in reggae.

Thanks to the Happy Yess for once again providing a warm, safe and inviting venue, good sound and cold beer. Once again the Yess punched above its weight, providing local live music performers and punters with a pleasantly quirky place to get their groove on.