You may need to listen twice. Three times even, just to be sure. Because when you first hear the tracks from Ben Evolent’s upcoming EP, Blues: Part One, you won’t believe it’s the same artist who brought you such folksy, upbeat, road trip songs as Next Time.

But what you hear with this EP is what comes after the road trip. After the long hours on the road when you choose the place that’ll be home for the night.  It’s the part that comes alive when you settle in with a six-pack (or three) and a bunch of mates, ready to shake off the day. A mix of bluesy-rock songs that will put a fire in your belly, and have you singing along between rounds. 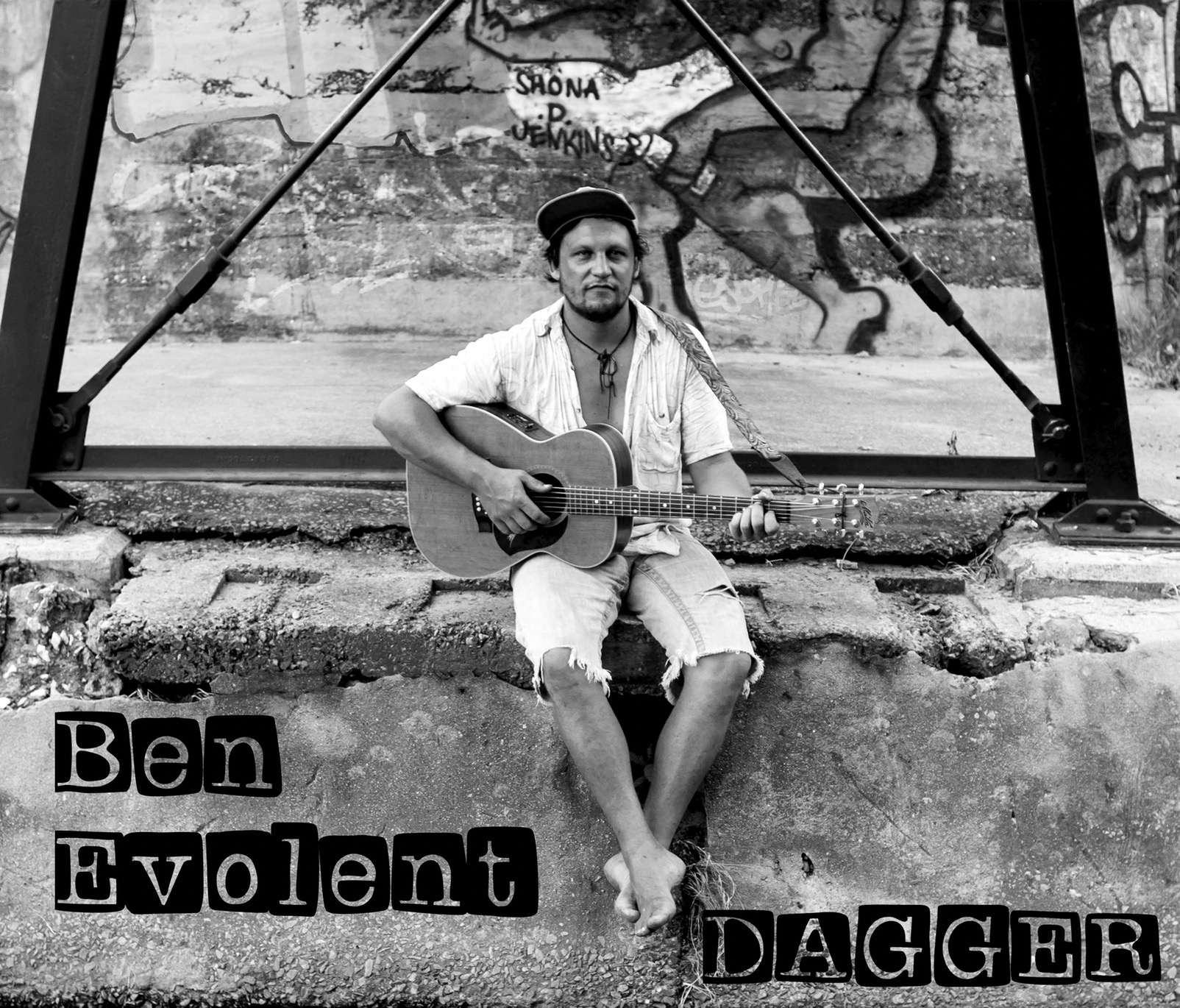 The first single, Dagger, was released on August 8th and was recently a finalist in the NT Song of the Year Awards, 2018 (Rock Category), as was the feisty Saturday night anthem, Money Rut.

Says Ben: “The Blues tracks were mostly written while working away on the Tiwi Islands. There was something about writing with an old, banged-up nylon string acoustic that really drove the song writing conversation and lent itself so perfectly to the blues. It’s not a new direction so much as it’s a facet of who I am. Blues is where I land when I just want to get lost in the music… plus it’s a hell of a lot of fun to play.”

‘Dagger‘ is available on Spotify and all the usual streaming services. You can watch the video for ‘Dagger‘ here:

Ben Evolent is an award winning Northern Territorian traveller and musician. He is a regular on the NT music circuit, performing at the Darwin Festival, Seabreeze Festival and Mandorah Ukulele Folk Festival. He has supported national touring acts such as Kingswood, Bubsy Marou, The Backsliders and All our Exes live in Texas.  In 2016 he won an NT Song of the Year Award for his single Next Time, and his songs then became the highlight of an NT tourism Summersite collaboration. It is not uncommon to hear Ben Evolent’s music featured on Triple J and popular Spotify playlists with his song Larry Kin recently tipping over 100,000 plays on Spotify. Ben Evolent is known for his unscripted, raw and honest songs that tap straight into the heart of all who listen. It’s music that sticks to your soul.