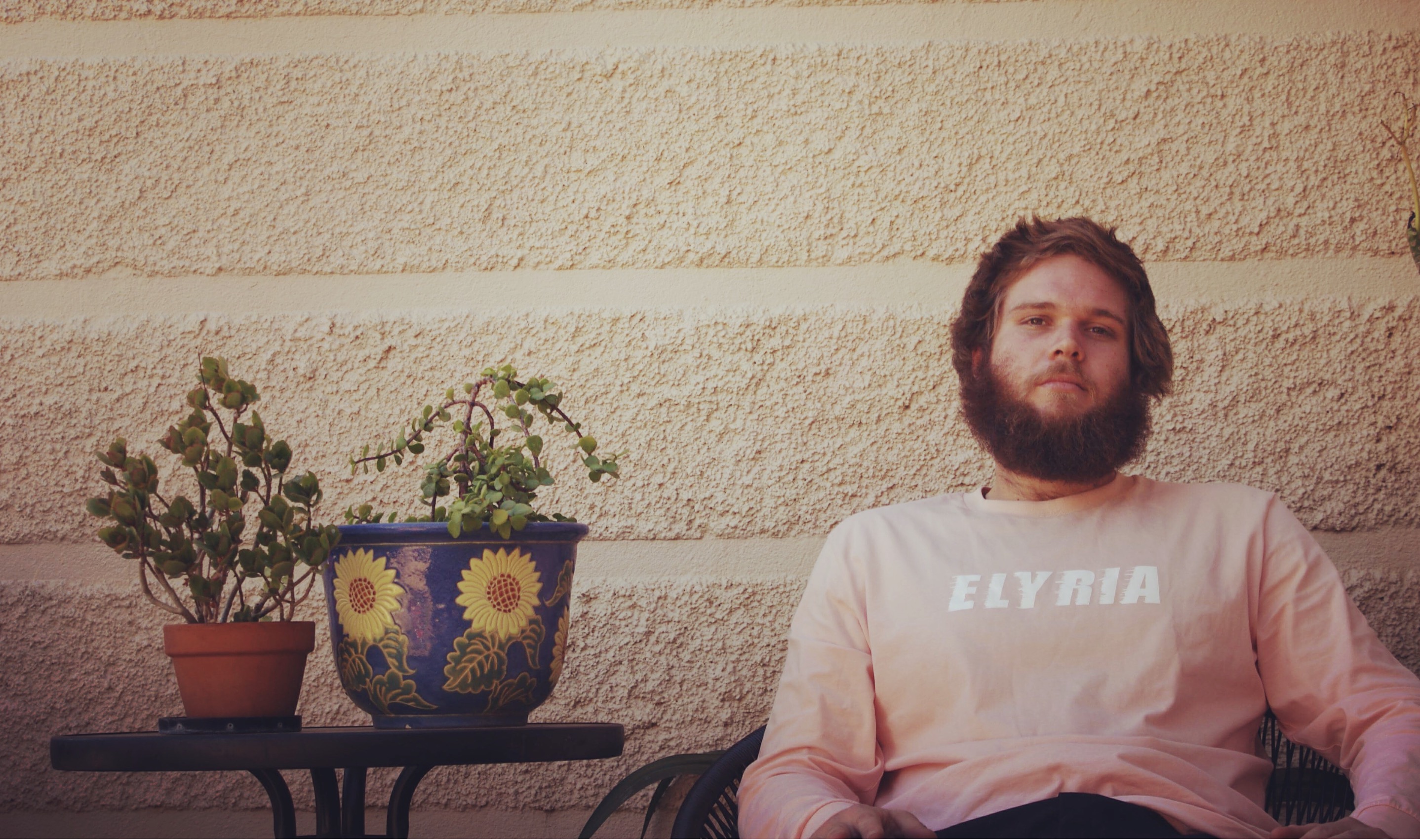 Most of you who know Territory Hip Hop will know Skank MC as the Alice Springs-based rapper that has torn up stages at Wide Open Space Festival and been the go-to support act in the Red Centre for major national touring Hip Hop artists. That rapper has grown over the years – he has gone up the mountain a lad, stared down his wolves and come back down a man – Hugh Winterflood. No gimmickry, no handles, just the man himself and his real name for his very real music.

Along with his consigliere Shake (forming Hip Hop due Skank & Shake), Winterflood honed his craft over the last ten years, producing beats and rhymes heavily influenced by his surroundings – the unremitting openness and wilderness of the Central Australian Desert. The desert can leave its mark on a person, and Hugh’s relationship with it is very deep, with many an evening spent under the stars looking up and writing down. This is epitomised by his works with Shake ‘The Long Road Ahead Parts 1 and 2‘ and in particular the single ‘Embers‘. We wrote of ‘Embers‘ a year ago:

“Embers is a narrative on the particular spiritualism, introspection and insight that the Central Australian desert can bring on a cold night out under the stars, with a responsible amount of enhancement from wherever you choose to get it – altered states combined with the vastness of the country and the clearness of the night skies making for a unique clarity that anyone who has spent time under the awning of stars that enshrouds the Centralian desert can understand.” 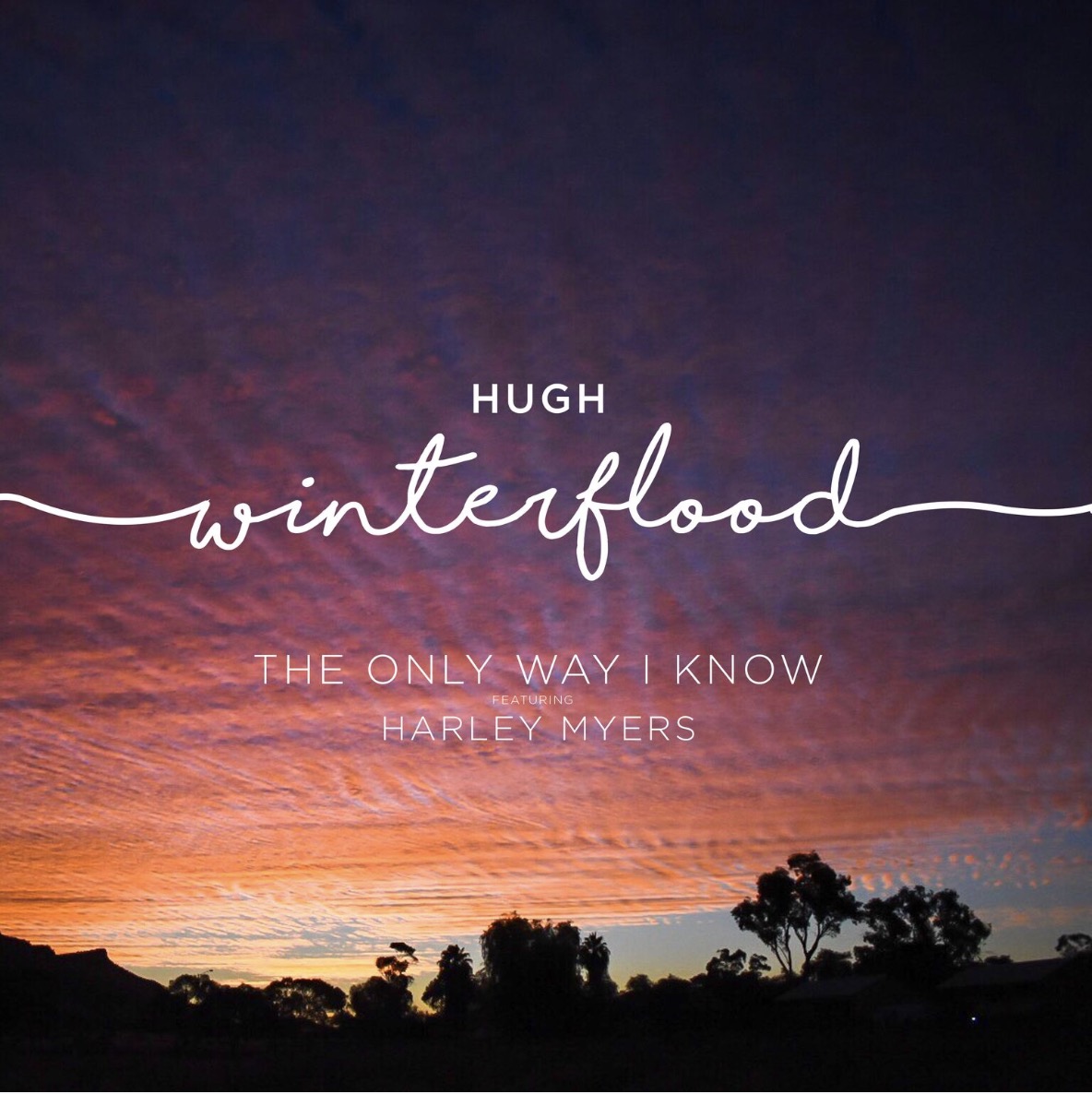 So – now we move forward to the redux Hugh Winterflood. He is large both physically and in his presence on stage and off, but he would not want people to be wary of him because of this. This young man is deeper and more in touch with himself than that. He does fill the stage up, for sure, and that is part of his (still-youthful) charm and always will be. But what we have now is someone who has set his sights on navigating life and art on his own terms, youthful exuberance making way for the steely determination and confidence of a man now settled on his path and ready for the long haul.

‘The Only Way I Know‘ has a musically airy feel but with dark and determined lyrics making for a perfect counterpoint. This is a classic Skank device but it is different this time under the Winterflood banner – perhaps because the man who wrote it is different – older, wiser and free of some of the constraints he probably didn’t even know he had until recently. He talks of the Red Centre being in his soul but also of it being time to take the wheel and look further than his immediate surrounds. He is getting ready to get out of his comfort zone, mix it with the best and learn his tradecraft well. About three-quarters through this track, things take a very dark turn indeed, the visuals evoked by the rhymes deliberately unpleasant but they need to be. It’s kind of a fork-in-the-road scenario – choose life or choose the alternative.  Winterflood’s voice is an ‘iron fist in a velvet glove’ on this track – a coiled spring ready to unleash but strangely soothing at the same time, adding a layer of complexity to his message and showing his skills both on paper and in front of the mic. Childhood friend Harley Myers added his voice to the catchy chorus and it was all pulled together and knocked into wonderful shape by talented Western Australia producer Rob Shaker.

‘The Only Way I know‘ has the potential to become an anthem for 20-somethings around the country, especially those in rural and remote areas who are feeling the ties that bind, well, a little too binding. As hackneyed a phrase as it is, it is nevertheless true that you can take the boy out of the desert but you can’t take the desert out of the boy. With this track, Hugh Winterflood is telling us that he is ready to emerge to a wider audience – however, having spent time with him on cold nights out under the desert sky, this writer knows that the red dust will never truly wash off this artist.

‘The Only Way I Know‘ is out now on Bandcamp, Triple J Unearthed and all the usual streaming thingies that you have apps for. Check it out here:

Or you can hear a sample here: