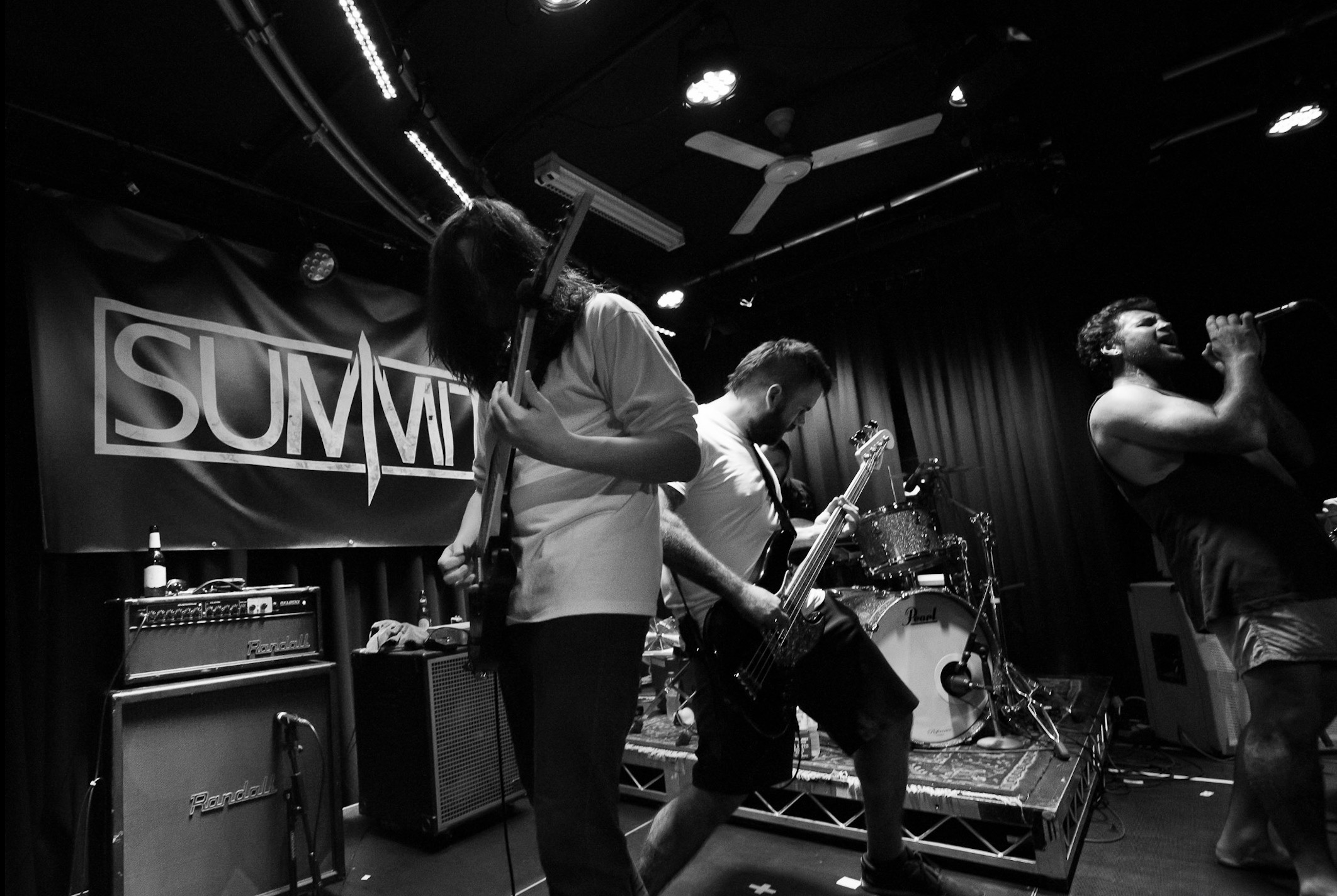 The first time touring for any band can be a mixture of excitement, trepidation, terror, laughter, mistakes and hopefully a whole bunch of fun seeing new places, meeting new people and forging bonds with other bands. It is also a steep learning curve, as the members of Darwin metalcore outfit SUMMIT are finding as they prepare to take to the eastern States on a headline tour on the back of their new single ‘The Good Life‘. This is a first for all the members of SUMMIT, and the vibe in the rehearsal room was palpable when Foldback Magazine spoke to the band recently.

‘The Good Life‘ single has a very simple philosophy behind it – the love of live heavy music and playing music on stage and making that your life’s work is SUMMIT’s idea of what a ‘good life’ would be.  The lyrics are by the band’s vocalist, Matt Greenaway, and reflect his view of what a perfect life would be like – touring and playing with his band, ad infinitum. 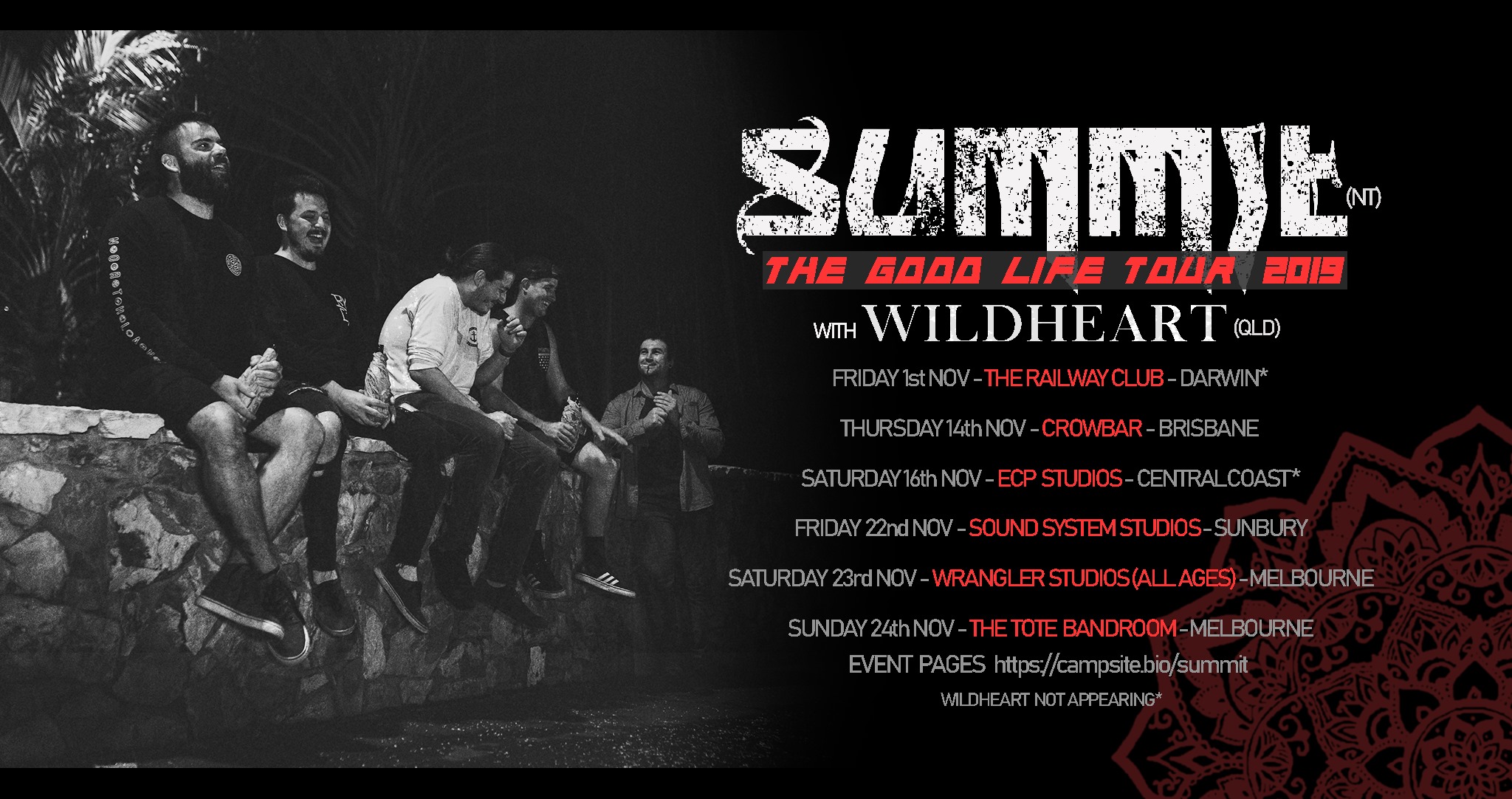 Appropriately then, SUMMIT’s inaugural tour is called ‘The Good Life Tour‘ and is kicking off in their home town with a gig at the Darwin Railway Club with support from Fat Pigeon, March of Days (fresh from TerrorFest) and Random Space on Friday November 1st. From there they head down to Brisbane’s Crowbar on November 14th, ECP Studios on the Central Coast (NSW – all ages) on November 16th, Sound System Studios in Sunbury (Melbourne) on November 22nd, Wrangler Studios (Melbourne) on November 23rd (all-ages), finishing at The Tote Bandroom in Melbourne on November 24th. That’s a heavy schedule by anyone’s standards, especially when they are green and doing it without a manager.

Having said that, the band is not without friends on the tour. The Crowbar gig has Brisbane locals Wildheart in support, who have recently made their presence felt in Darwin with a spot on Tapestry’s Farewell Darwin show at The Landmark. Wildheart will also be along for the ride for the three Melbourne shows. Sydney band Eviscerate the Crown are in support on the Central Coast, and other bands are due to slot in here and there.

Back to that learning curve – already one venue in Sydney where the band was slotted to play on November 17th unexpectedly shut down, meaning a cancelled gig (the band joked that they weren’t cancelled, rather the venue itself was cancelled). 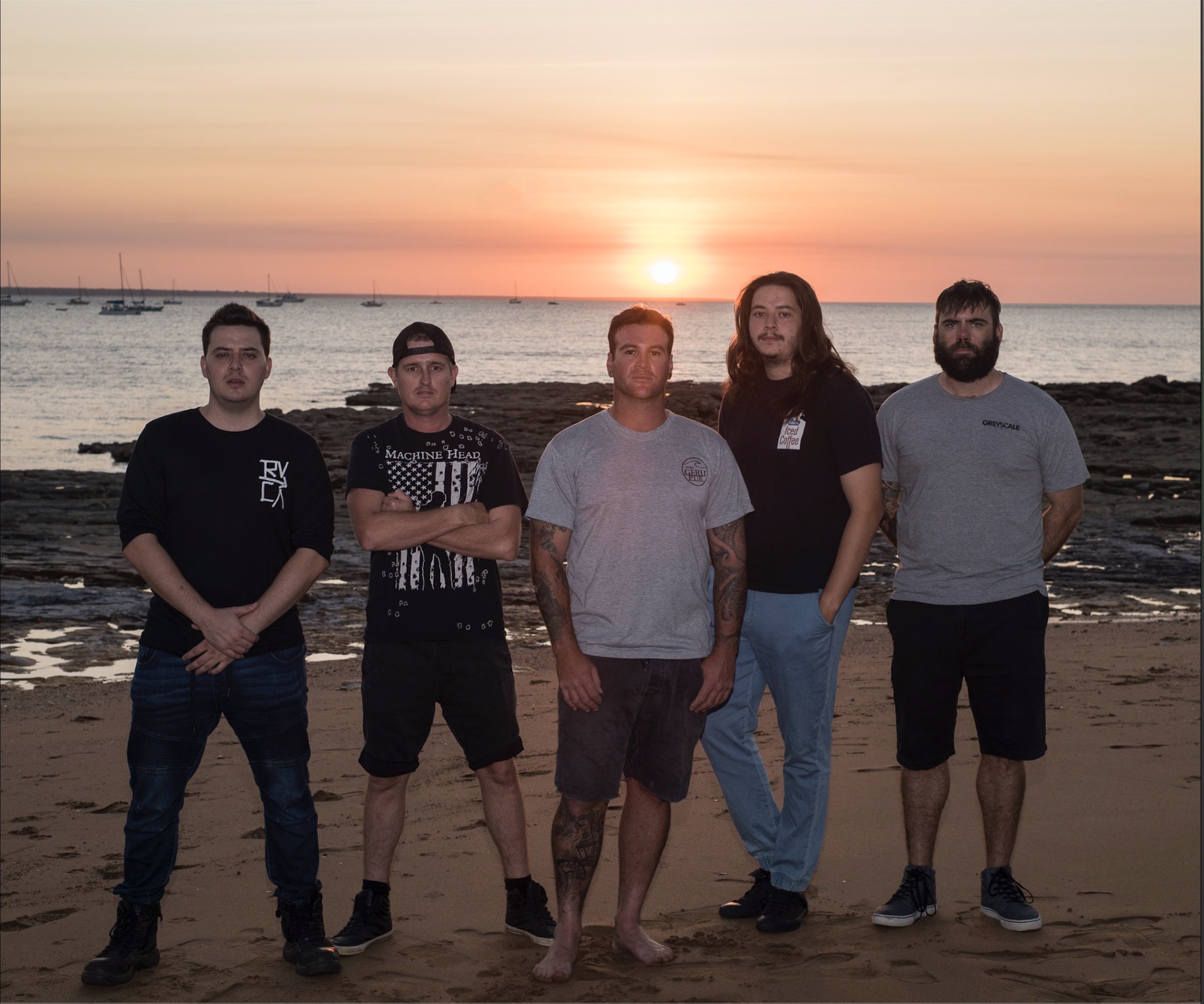 The support acts are crucial to a band in SUMMIT’s situation, being relatively unknown outside of Darwin. Says bassist Wesley Beck: “We fucking nailed the supports on this tour. I’d go just to watch the supports.” No doubt a lot of locals will be going to watch the supports too and will no doubt walk away wanting to see more of SUMMIT on their next visit, now that they have been exposed to what the NT metal scene can produce. The supports were hand-picked and the band considers themselves lucky that they got the bands they really wanted on the ticket. They agreed with the contention that it says a lot about SUMMIT that those more experienced and exposed bands were happy to tag along for the ride.

SUMMIT are a little apprehensive playing amongst some of the bigger names in metalcore. They shouldn’t worry, as the fact they are playing at those venues with those bands speaks to their own professionalism and standing in the scene. What SUMMIT will bring to the eastern seaboard however is a unique Territory feel to their music and performance. They are ‘casual dudes’ as they say, and have a laid-back larrikinism about them. That does not mean they are any less energetic or professional – they are just Territorian and they are comfortable in their own skin. They are also keen to play the couple of all-ages show on the tour, giving back to the up-and-coming metalers as they once themselves were.

SUMMIT have been wanting to tour for some time now, having had much local success. After settling on a revised lineup that is able to tour without other commitments getting in the way, they are ready to take the plunge. They see it as a test of sorts, as most bands do, of their cohesiveness and ability to weather the inevitable hurdles they will face along the way. Money is tight, but nothing ventured, nothing gained.  After the tour, a rest and reset is in order, new material is to be worked on and sights set for the next adventure. 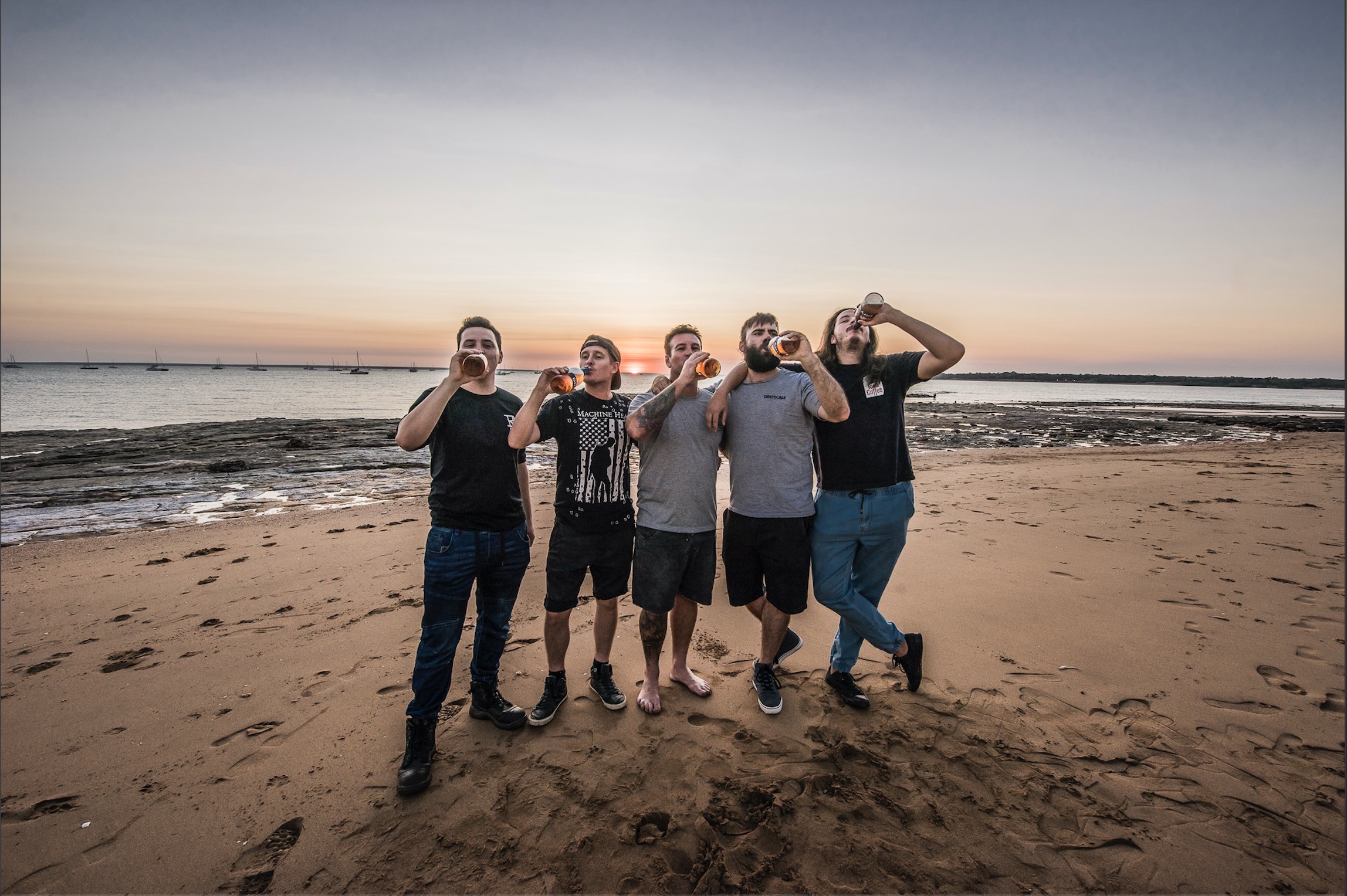 SUMMIT are Darwin-true and have no intentions of moving south, at least not in the foreseeable. That of course could change if they really take off, but it isn’t necessarily about that for the band. They are about the music and any wide success is icing on the cake. Says guitarist Jordan Atwill, who has lived in Darwin since he was a toddler: “I think I’m staying (in Darwin) and just tour (nods of agreement from the others). New Drummer Tom Heffernan put it succinctly: “You couldn’t say at the moment. Something pretty big would have to happen where you couldn’t possibly function as a band here.” Wesley agreed” “It would have to grow exponentially before we would move away.” Jordan put a fine point it: “Where you are just making the money – but that would be a super pipe-dream.”