The annual TerrorFest heavy music festival that rocked Darwin and beyond annually for the last ten years has wound up for good with a stellar final gig at the Happy Yess/Browns Mart courtyard on October 19th.

TerrorFest veteran acts spanning the entire decade, along with some rising new stars on the heavy scene, played across two stages to a nostalgic crowd in the dying days of the Dry Season. Things slow down on the live music scene in Darwin at the end of the Dry due to the weather change and, fittingly, TerrorFest chose this seasonal change to bring things to a chest-pounding end and draw a line under what had become an institution amongst Top-End metalheads and lovers of similar genres. 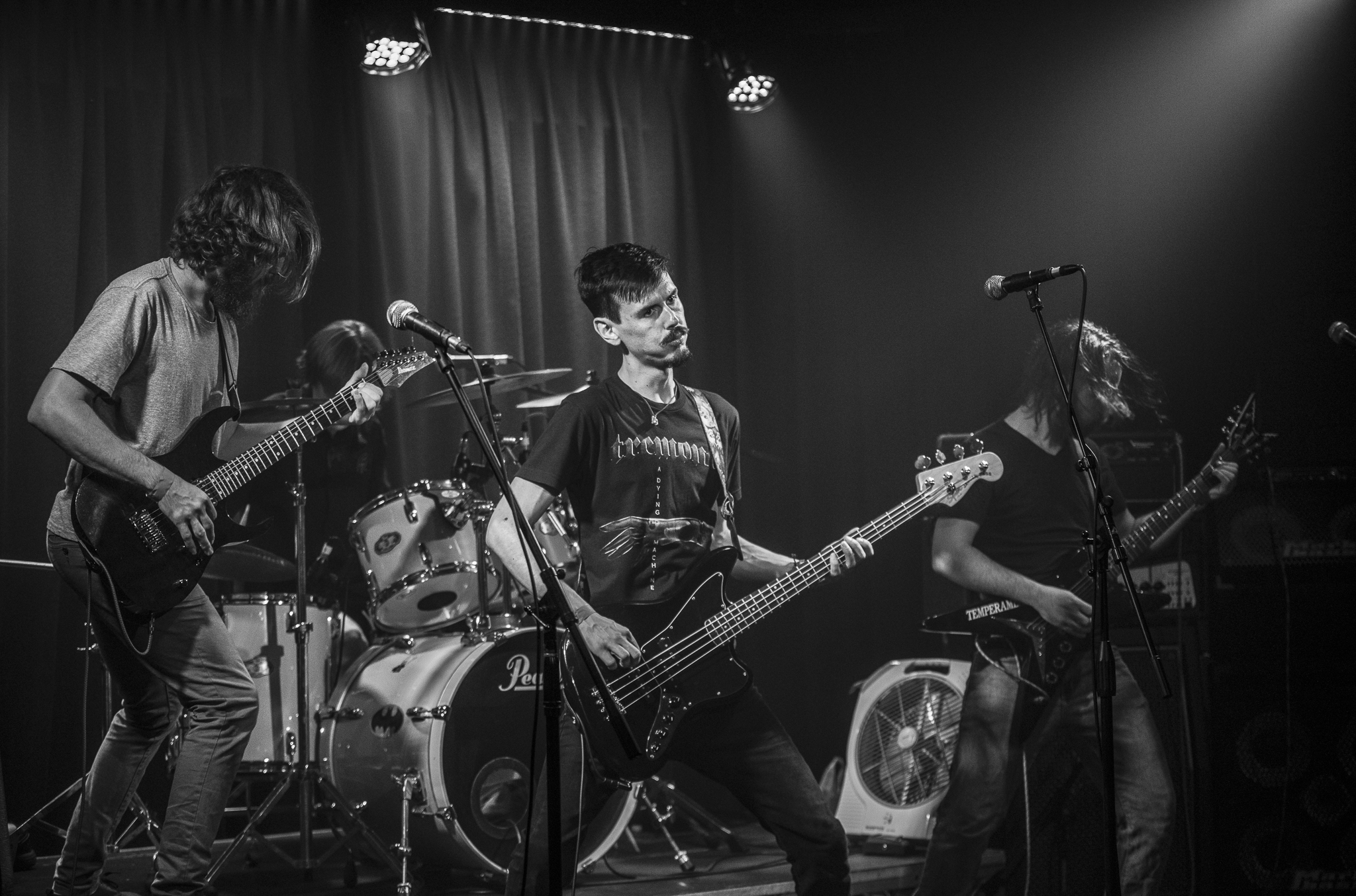 TerrorFest has not always been the exclusive purview of the Top End of the NT. Starting off literally as the ‘Top End TerrorFest’ in March of 2010, it then morphed into TerrorFest II in June of that year, TerrorFest III in September and TerrorFest IV in December 2010. TerrorFest 2011 and 2012 were held in June on both years, in the middle of the Dry Season. The show, however, went on the road in 2013 with the event being held in Darwin, Townsville (Qld) and Alice Springs in June, July and August respectively, marking a departure from being  just a Darwin thing. 2014 again saw both Darwin and Townsville hosting the event with In Hearts Wake headliningThe Darwin show, and 2015 and 2016 saw the addition of shows in Cairns and Mackay as well as Darwin and Townsville. The resurrected and subsequently crucified Chippo hosted the Darwin leg in 2016 and we all miss that venue sorely. 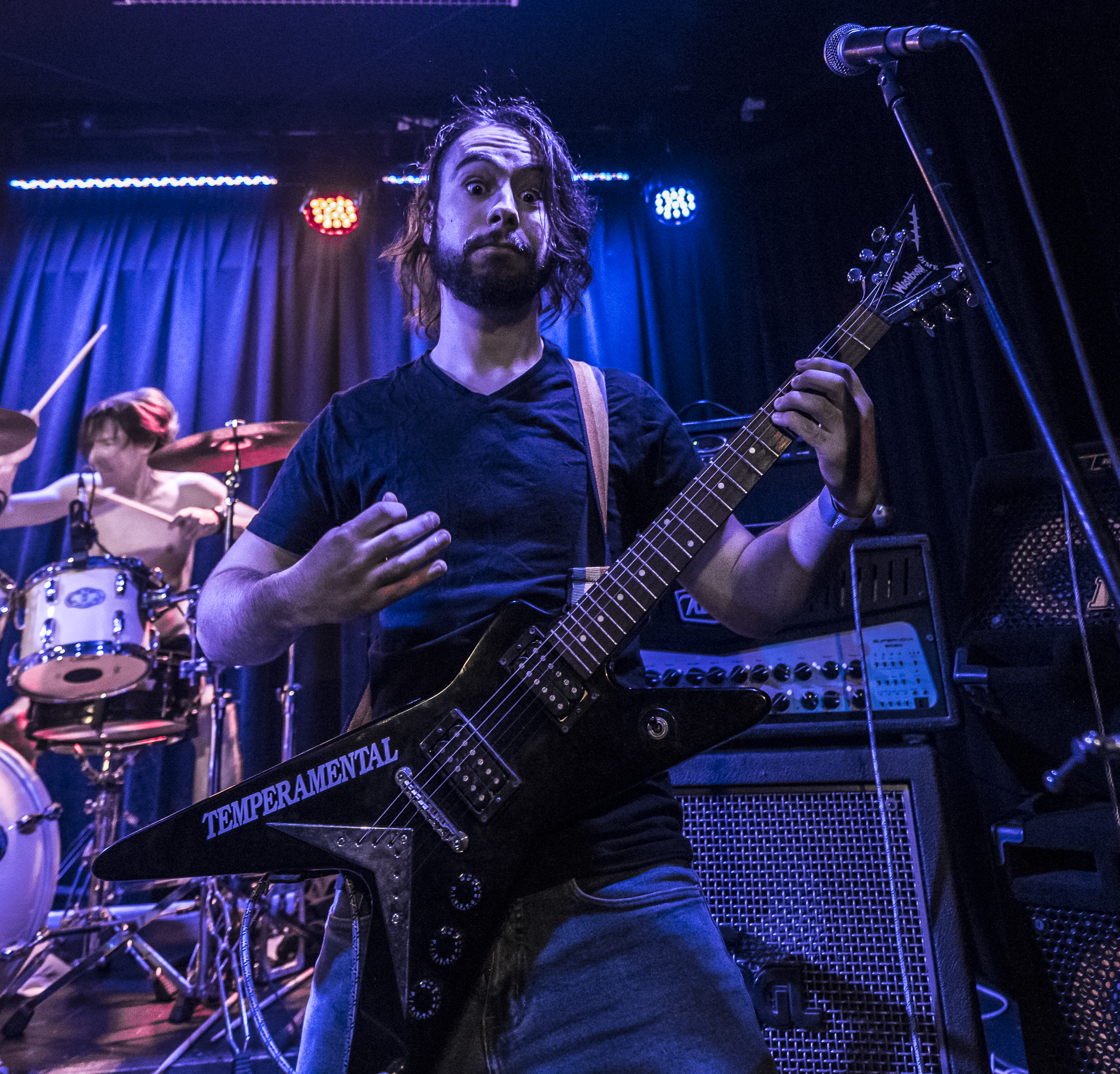 The TerrorFest 2017 event remained firmly in Darwin, but the venue was a very different and a much larger undertaking all round with the huge grounds of the PINT Club at Marrara (near Darwin Airport) being utilised for the first time. Sydney-based and internationally-renowned five-piece metalers Polaris headlined that event, and along with locals Tapestry proved to be an absolute banger of an all-day gig on a huge stage worthy of anything seen interstate. Local thrash, metal and melodic heavy rock bands smashed their sets on an unfamiliarly big stage and were all very grateful for the opportunity.

2018 was a hiatus year for for TerrorFest. Darwin-based organiser and Tapestry drummer Ben Masters was busy making plans to move the locally-successful Tapestry to Melbourne in that year and working on other projects. It takes an awful lot of time and money to run a successful event like TerrorFest, and the huge 2017 event was surely the hardest act to follow. By October 2019, Ben and his Tapestry stablemates had made the physical move to Melbourne and it fell on the shoulders of one of the original organisers, Nico Liengme, by now based in Alice Springs for several years, to run the final show.

TerrorFest 2019 ran over two stages at the Happy Yess/Browns Mart courtyard (one stage on and one stage quiet, rinse and repeat), with the removable outside platform playing hosts to the joint headline acts – Zedmajor, one of TerrorFest’s older alumni and back from many years of retirement just for this final show, and the rapidly-ascending South East Desert Metal, the Indigenous rockers from Santa Teresa community outside Alice Springs and touted as ‘the most isolated metal band in the world’. South East Desert Metal are now a working, touring band with many major gigs under their belt and it showed in their absolutely professional and rollicking performance on the night. 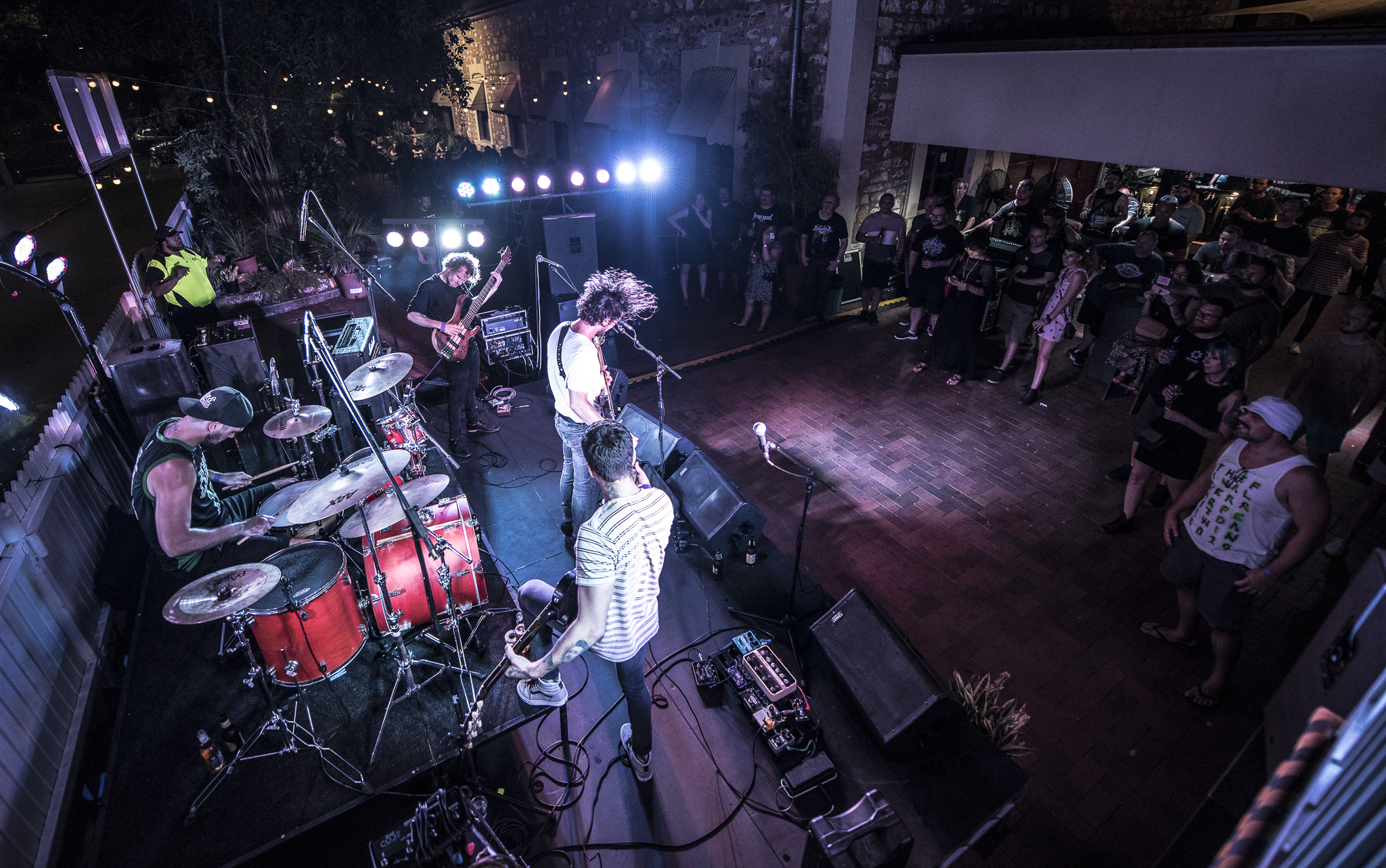 Many thanks to Ben Masters and Nico Liengme for all their hard work and sacrifice over the ten years of TefforFest – it takes dedicated people like them to help keep a scene thriving and giving local metal musos somewhere to hone their craft. A lot of other people, too numerous to mention, are due for a round of applause as well and we at Foldback salute you all. 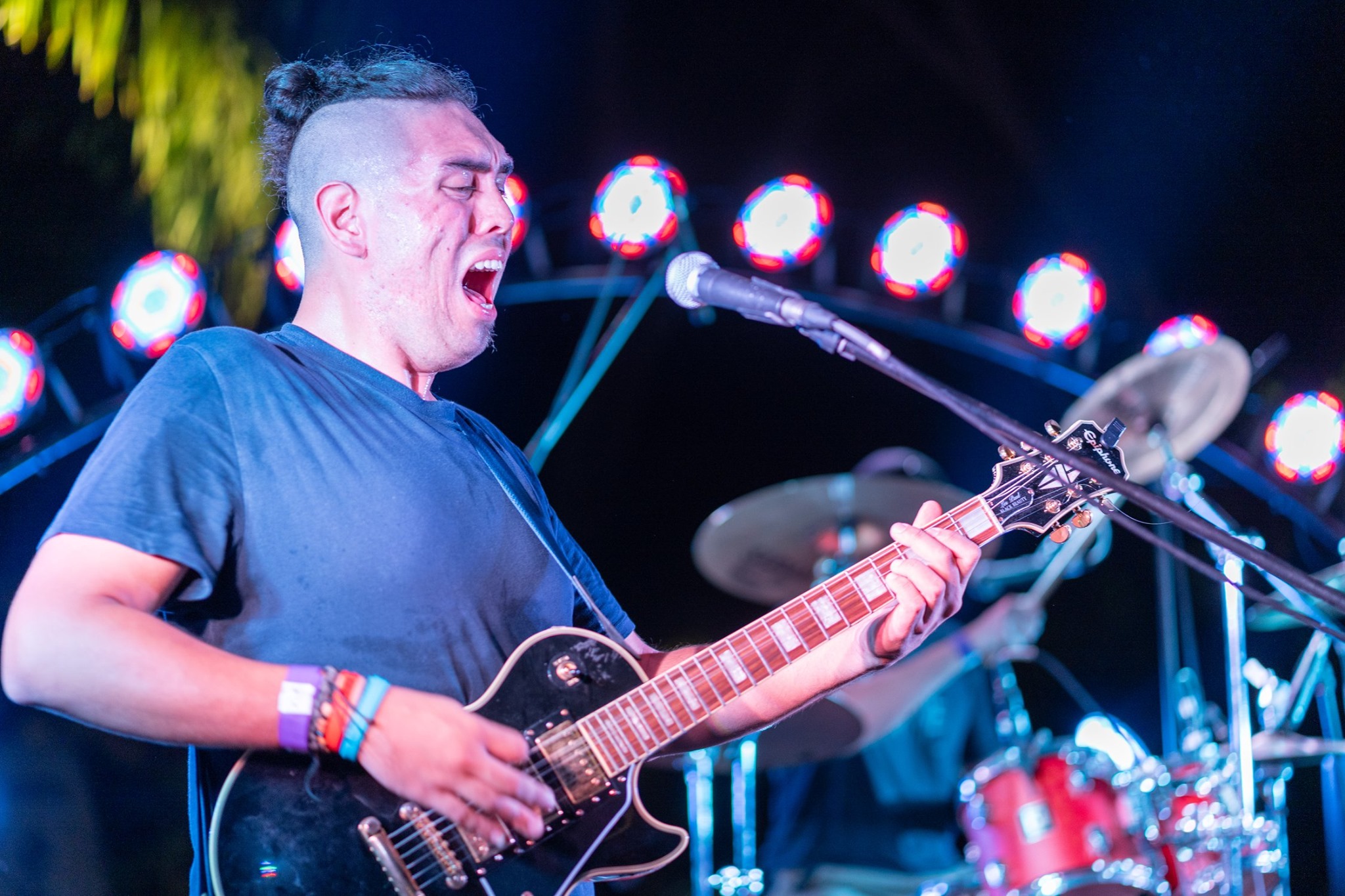 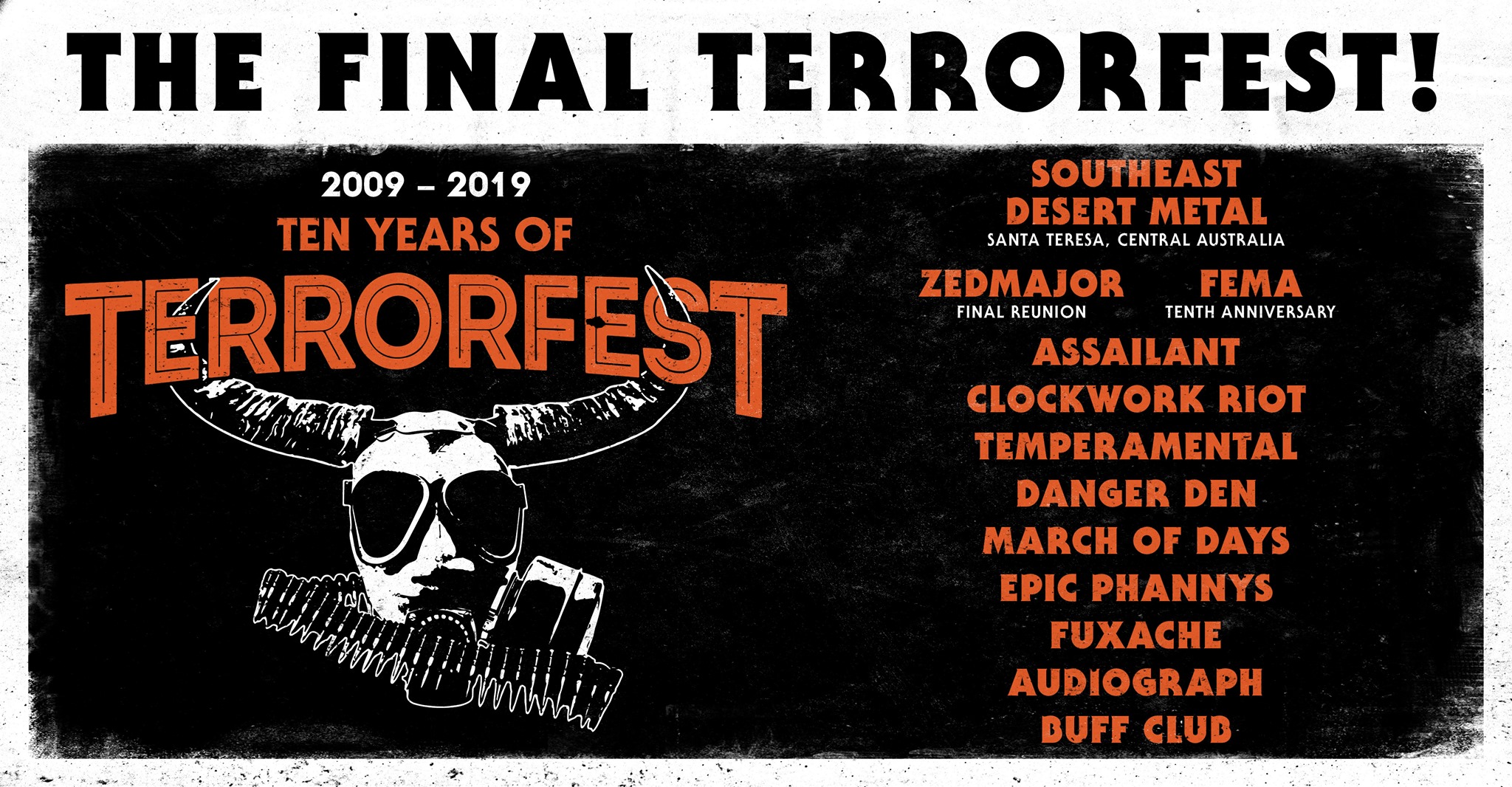 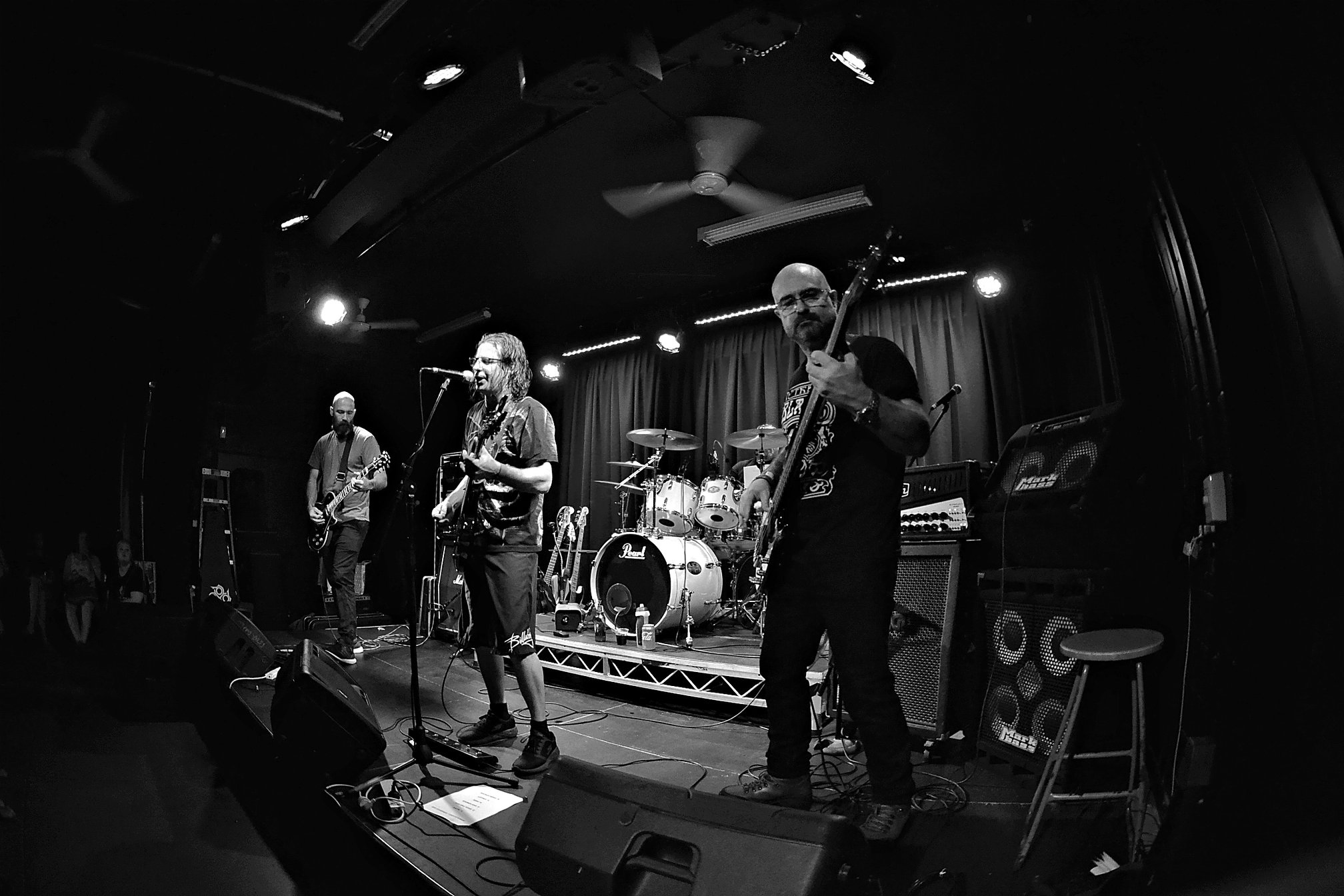 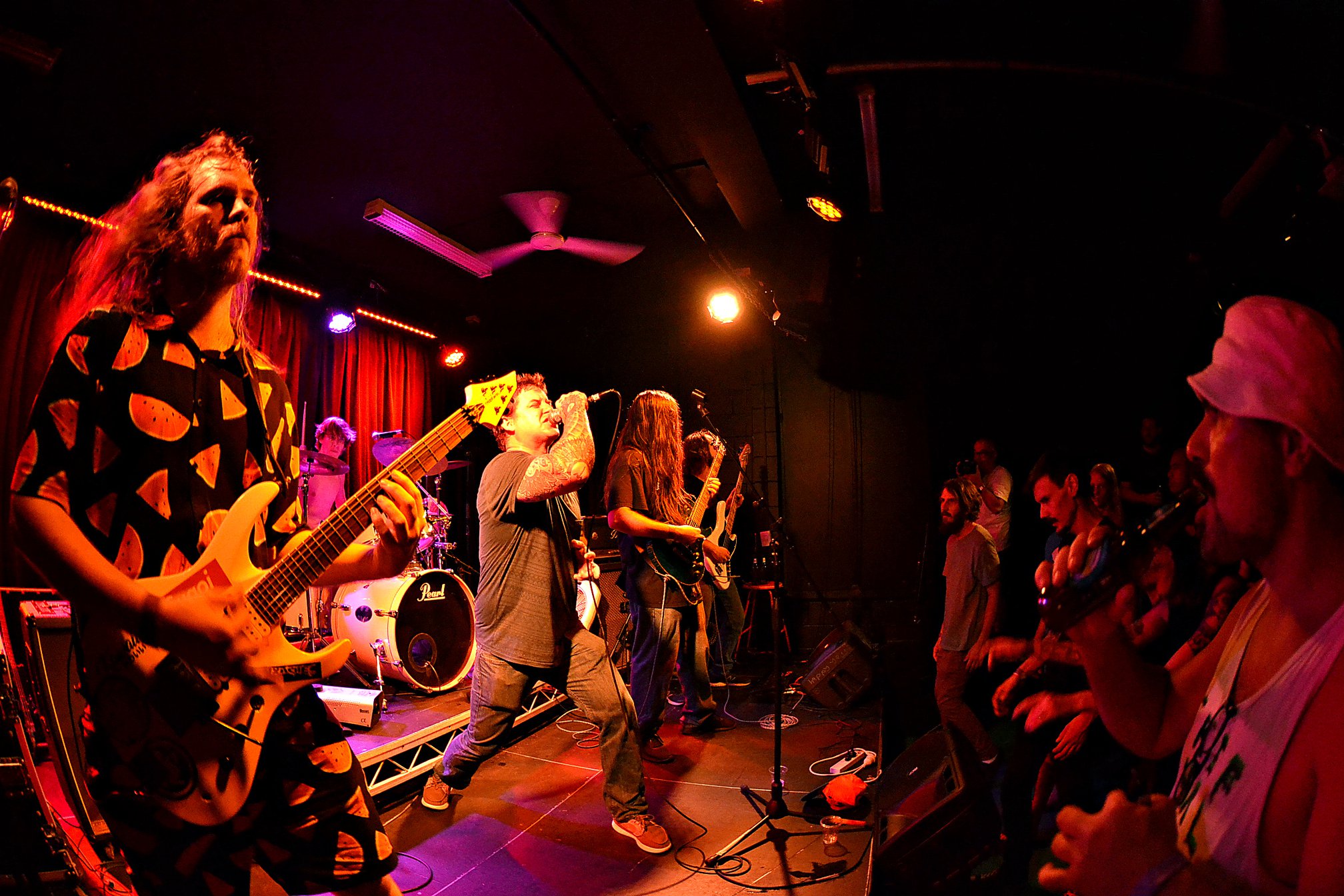 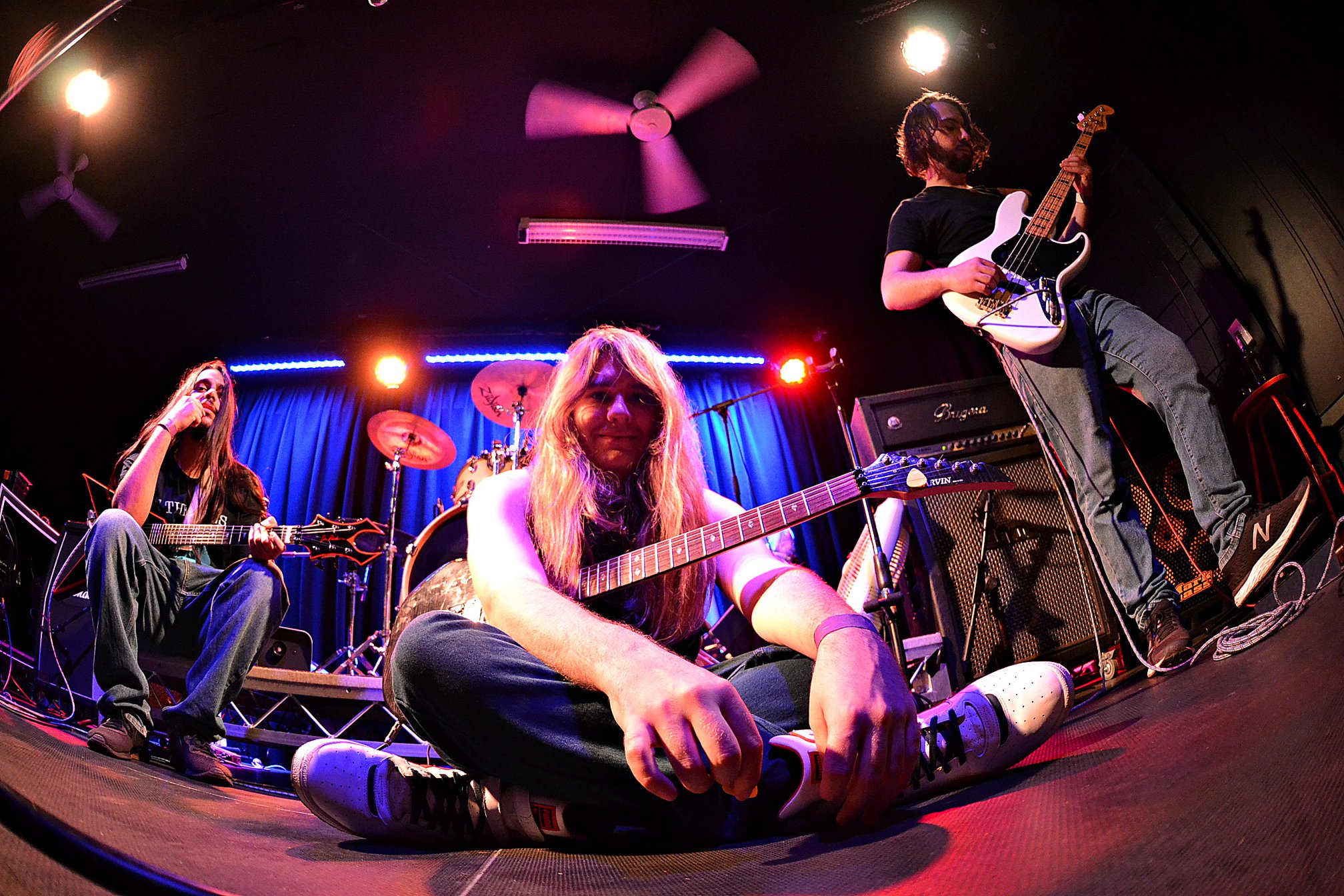 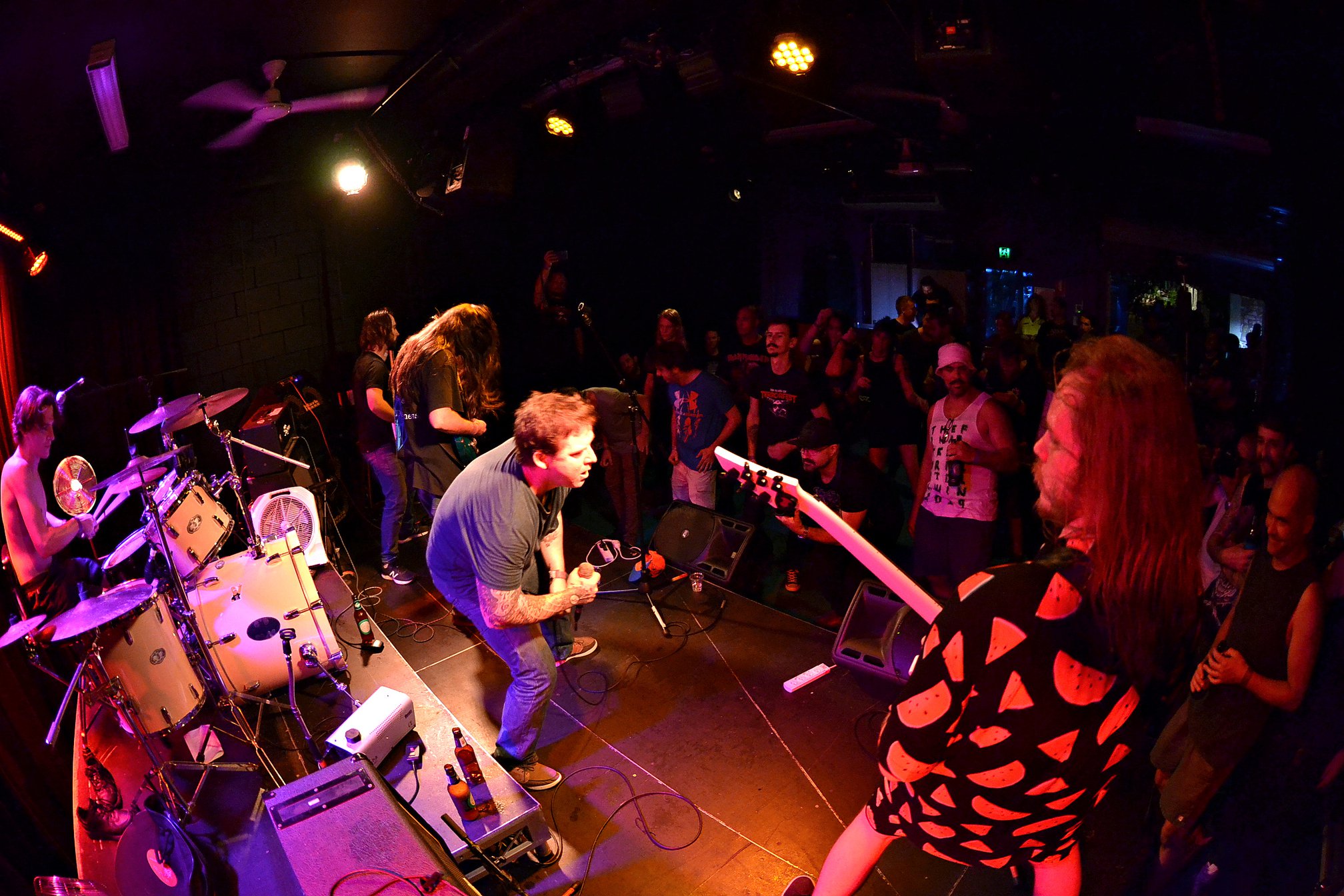 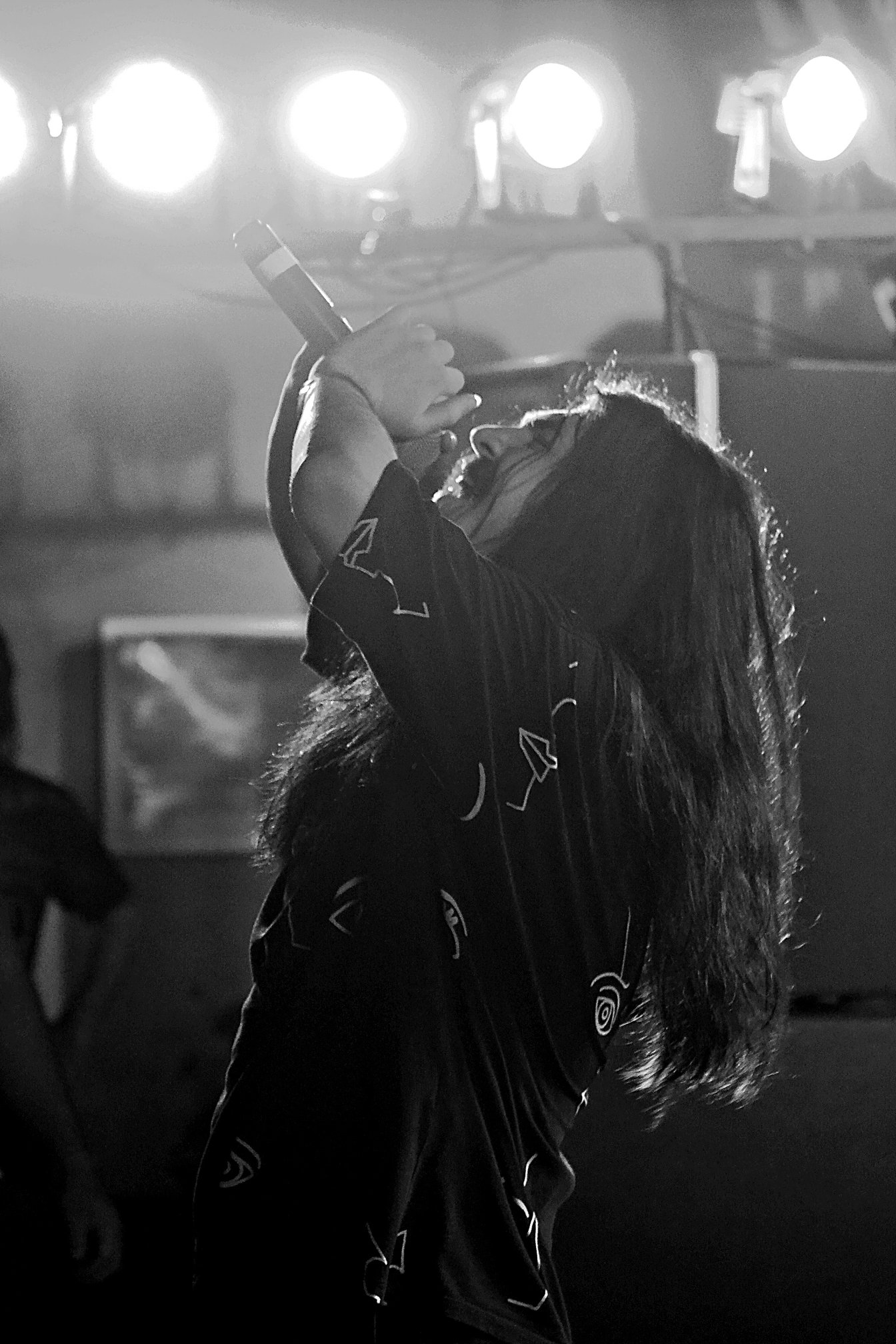 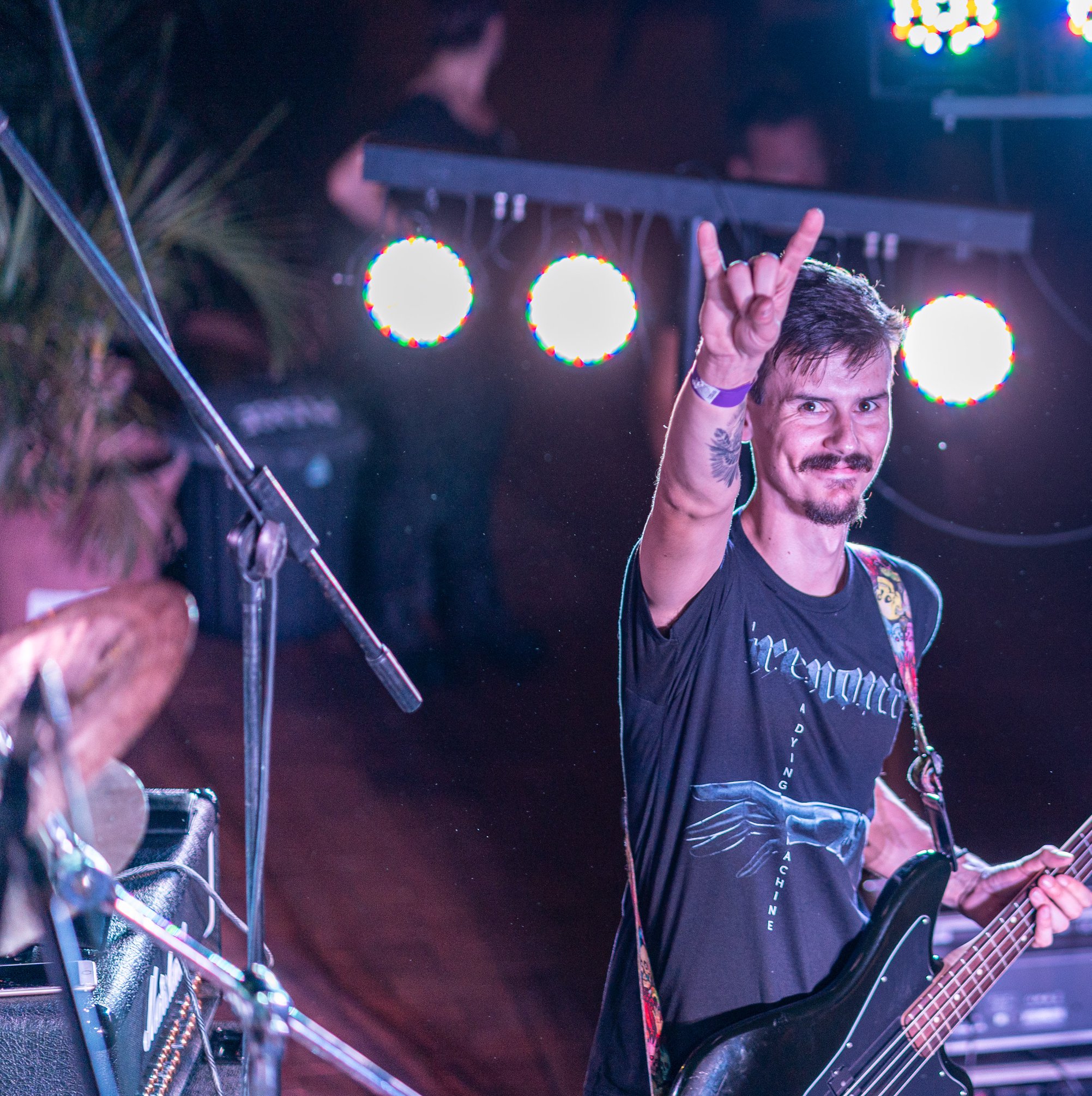 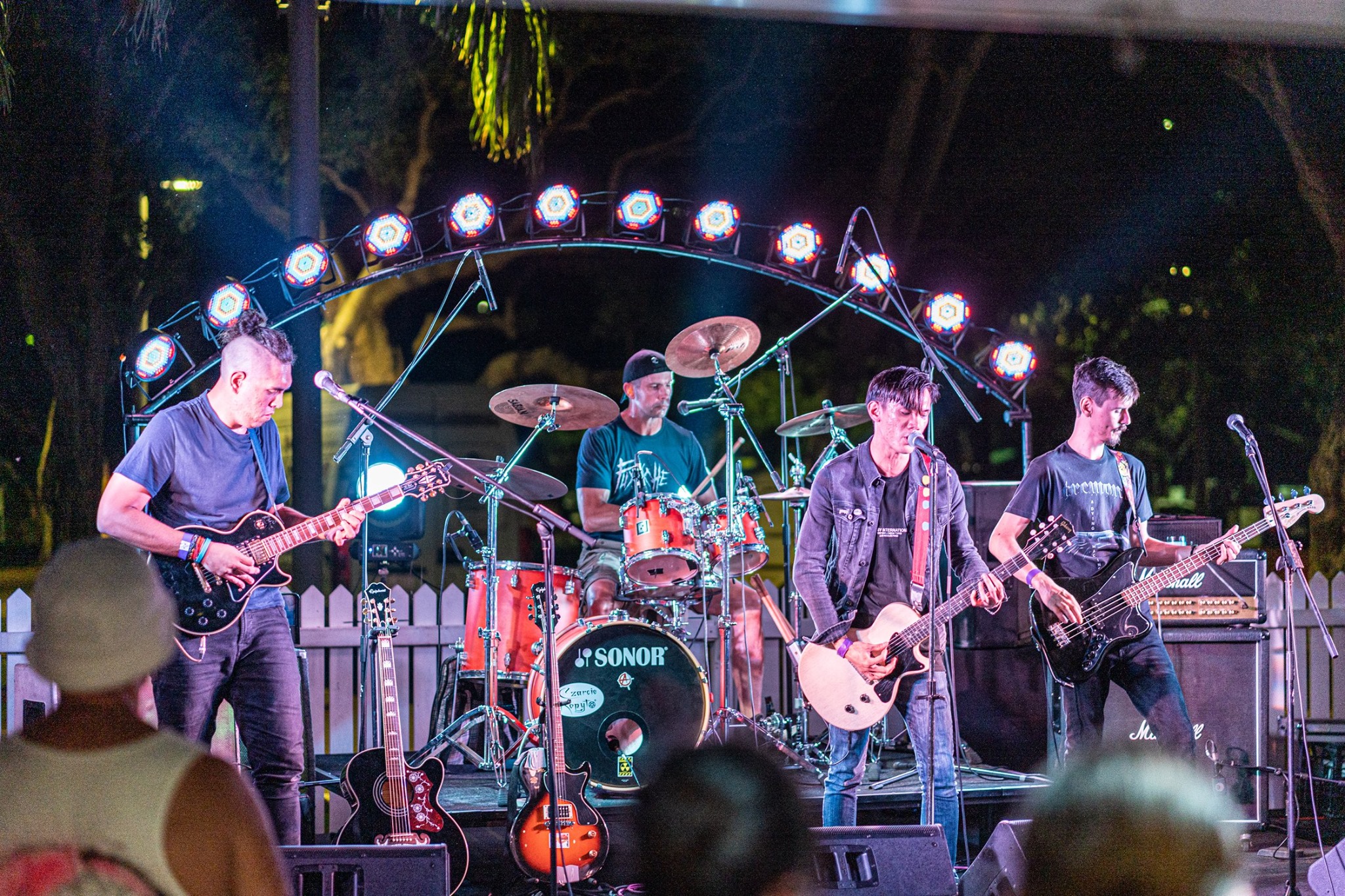 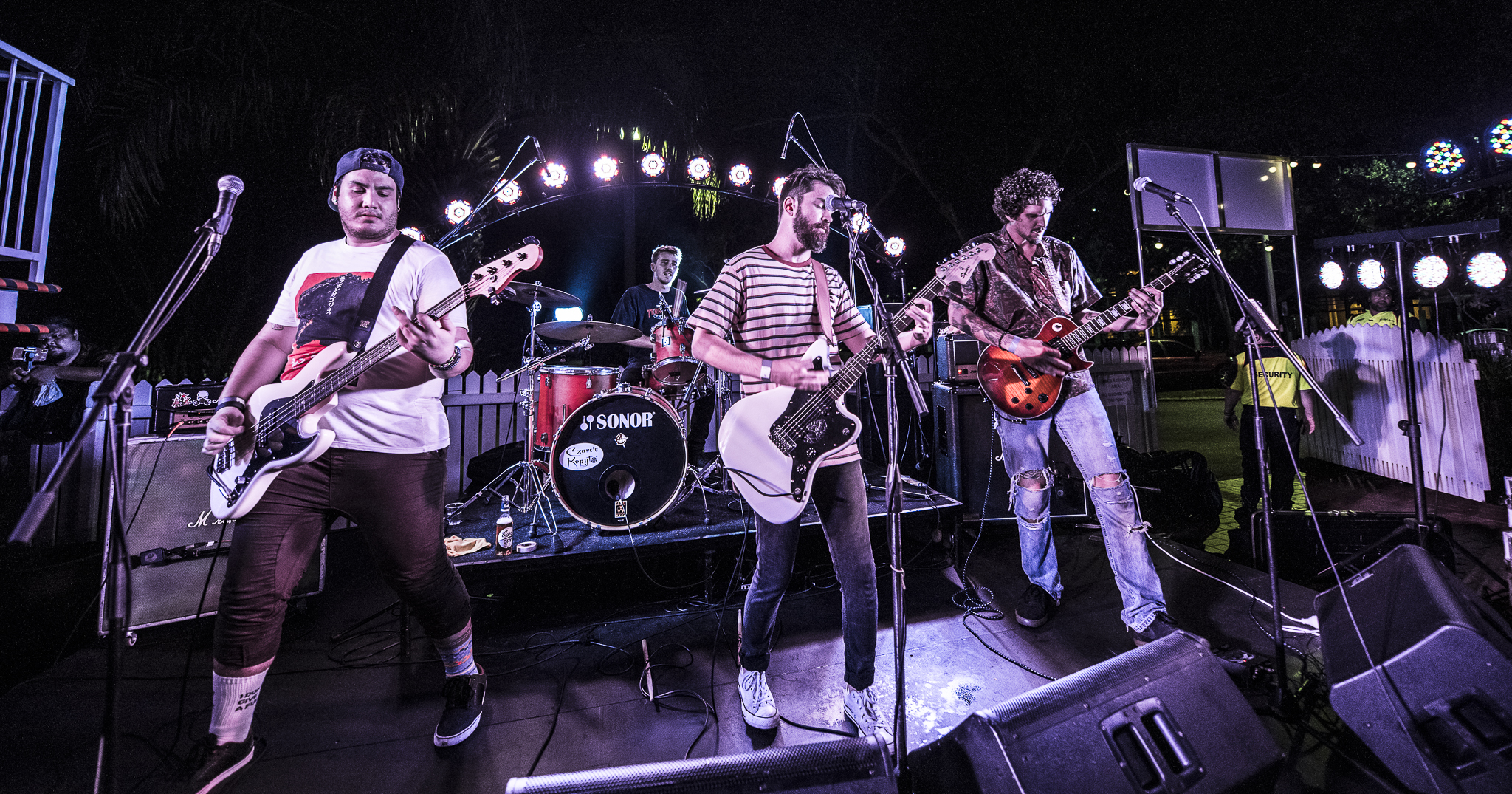 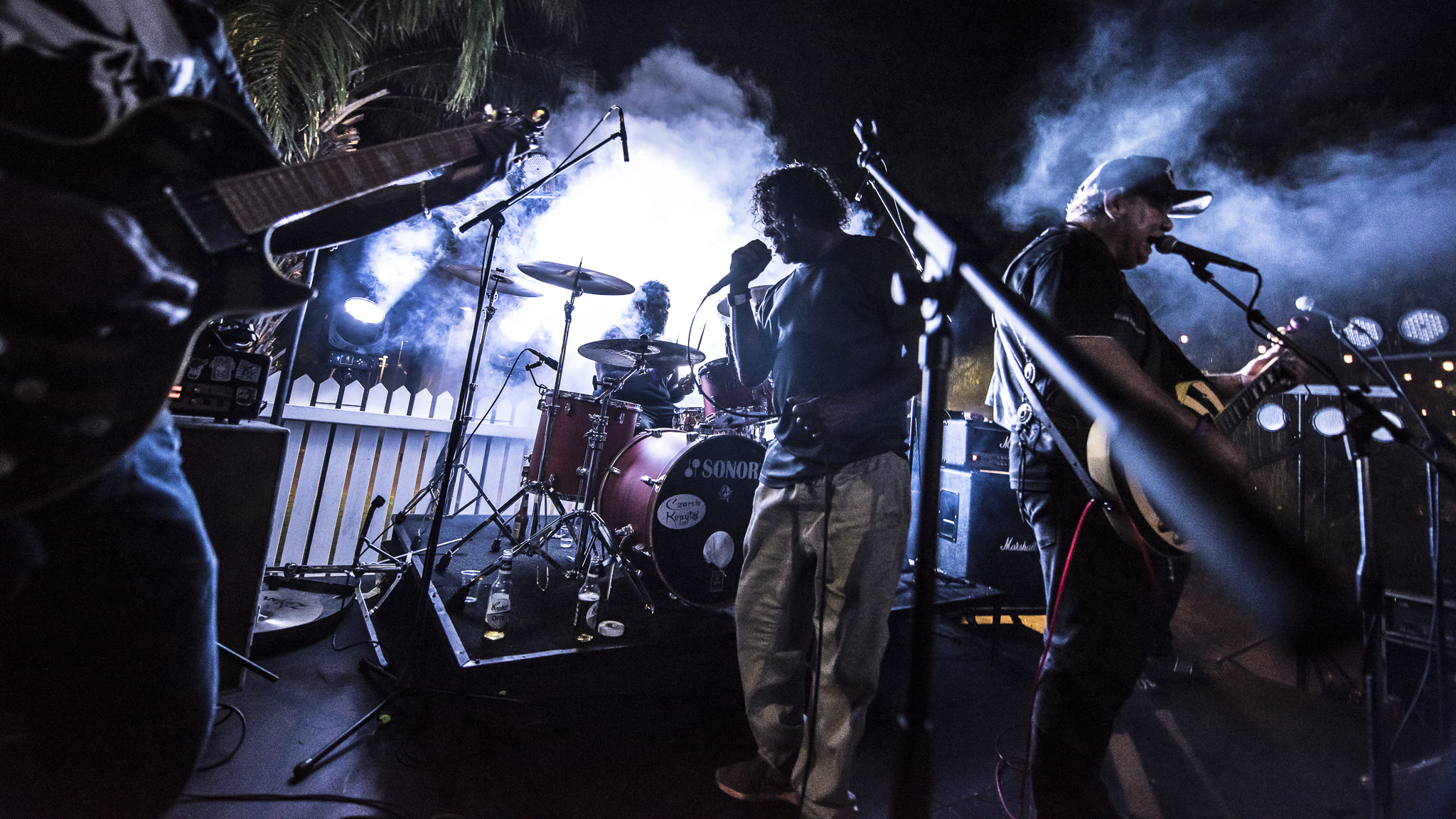