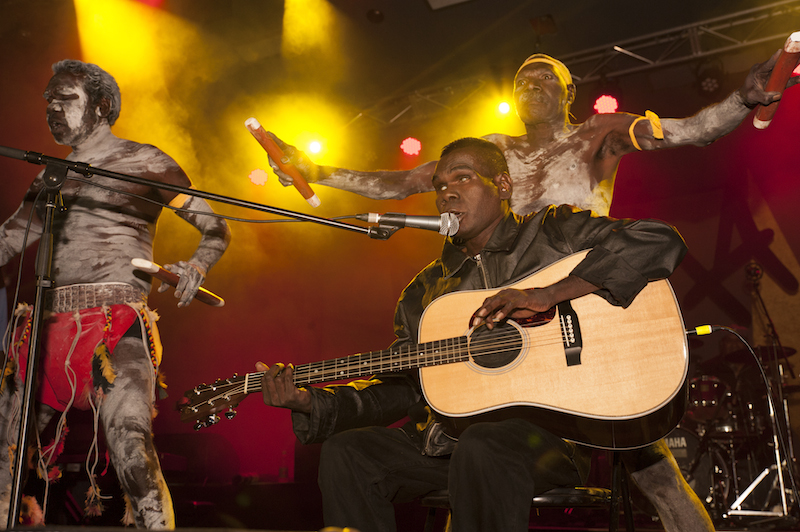 Gurrumul will be performing new songs off his up-coming album Gospel.
Tweet

The fourth annual National Indigenous Music Awards (NIMA), celebrating Indigenous musicians’ contribution to the music industry, is set to be the biggest awards ceremony to date with Gurrumul Yunupingu added to the bill.

It’s been revealed that the multi-award winning musician will be showcasing new music from his highly anticipated forthcoming album The Gospel Album.

The intimate yet revealing album is inspired from the sing-songwriter’s mother and aunts, who brought Gurrumul up with songs and lullabies from the church at Elcho Island.

Gurrumul is a very honest artist who is reaches for inspiration from not only his traditional and spiritual background, but also from the music he was exposed to throughout his upbringing.

His live performance of these gospel songs will no doubt invoke a deep emotion within the soul at the 2015 NIMA’s.

“Gurrumul’s already humbugging me about booking his flight. He always feels at home hen performing in Darwin; there’s family there, and heaps of Yolngu music, so premiering songs from the new Gospel album at the NIMAs will be the best start to the national tour. He’s really looking forward to it,” says collaborator Michael Hohnen.

Other artists named to perform at this year’s awards include;