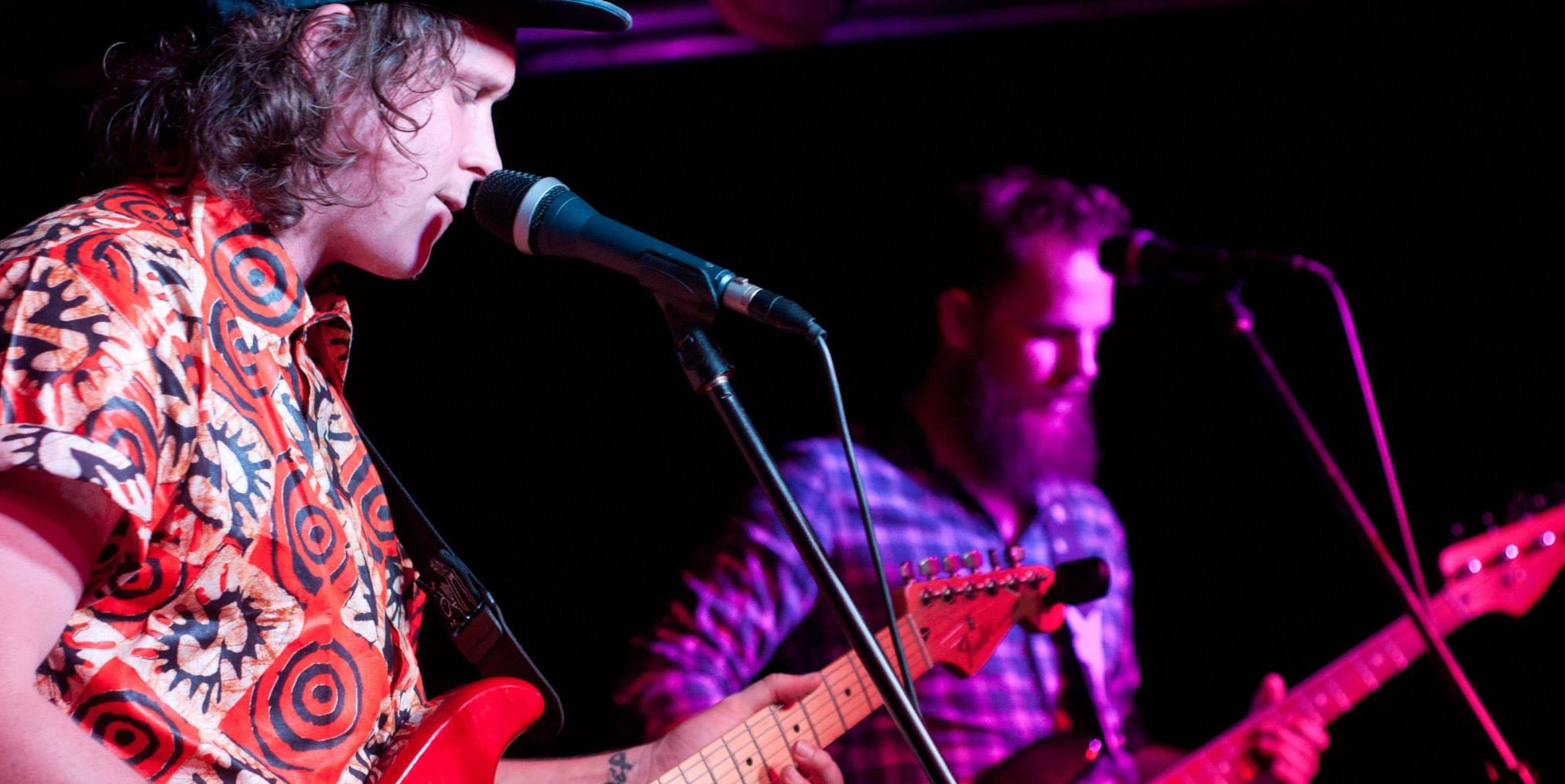 Exceptionally talented local outfit At the Dakota once again brought their A-game to the Chippo in late May with their first official show of the year, and as a prelude to their Stumptail single launch two weeks later.

The lads (Dylan Podsiadly, Zac East, Paul Brandis; Jaxon De Santis and Jay Wright) have had a bit of a hiatus while tending to things such as song writing and, most impressively, marketing. We have to say from the outset that ATD are giving the rest of the Darwin scene a lesson in promotion, with a savvy marketing strategy that includes an obviously heavy investment in promotional photography, social media, street posters and the ever-popular auctioning of the official gig poster at the venue – we foresee those posters being worth a lot of money one day.

This crew does not just play gigs – they put on events. A loyal and every-increasing fan base is testimony to not only their marketing strategy, but also to their combined songwriting and performing talent, which is substantial. One might say that the meeting of these musical minds on the Darwin scene created a perfect storm to produce some strikingly catchy and tunes that are also quite complex in structure, both musically and lyrically. The five-piece have got out of the gate early and are currently leading the field by several lengths – and it is only the first furlong.

Enough with the racehorse analogy – ATD does not give the impression that they are in a sprint to the finish-line. We expect to see them around for a very long time. Musically diverse, the band members all bring something to the table to create a unique Indie sound that will have you singing along and not being able to get that damned tune outta your head for days. Tracks like Peach Hat, San Francisco and the newbie Stumptail are reminiscent of chilled Sunday afternoons in the Dry Season at the beach with cold bears and warm friends.

Dylan Podsiadly has a unique voice with a surprising range and is charismatic without overshadowing his band-mates; Paul Brandis (a solo artist in his own right) on keys gives depth and accessibility to the tracks that makes them appealing to just about everybody; Jaxon De Santis, taking over from original member Steve Lees on lead guitar, is a quiet but solid achiever; the rhythm section is ably executed by Zac East with some sturdy yet melodic bass lines, along with Jay Wright’s technical timekeeping on the kit.

At the Dakota were ably supported by Top End stalwarts Pole Top Rescue and new-to-the-scene Ocean Bones, who have burst onto the local stage in a red mist of wonderful noise (watch these guys closely). Acoustic sets from Poly Dextreaux and Paul Brandis going solo rounded out a great night at the Chippo – always a great venue to come to and to play at.
The Darwin scene has not seen something as new and fresh as At the Dakota for a long time. Given the boy’s penchant for promotion and a seemingly bottomless well of creativity to draw from, we expect to see them making waves interstate before too long. Keep up the pace guys, you will be rewarded.

*Don’t forget to check out all our gig photos for this event at: