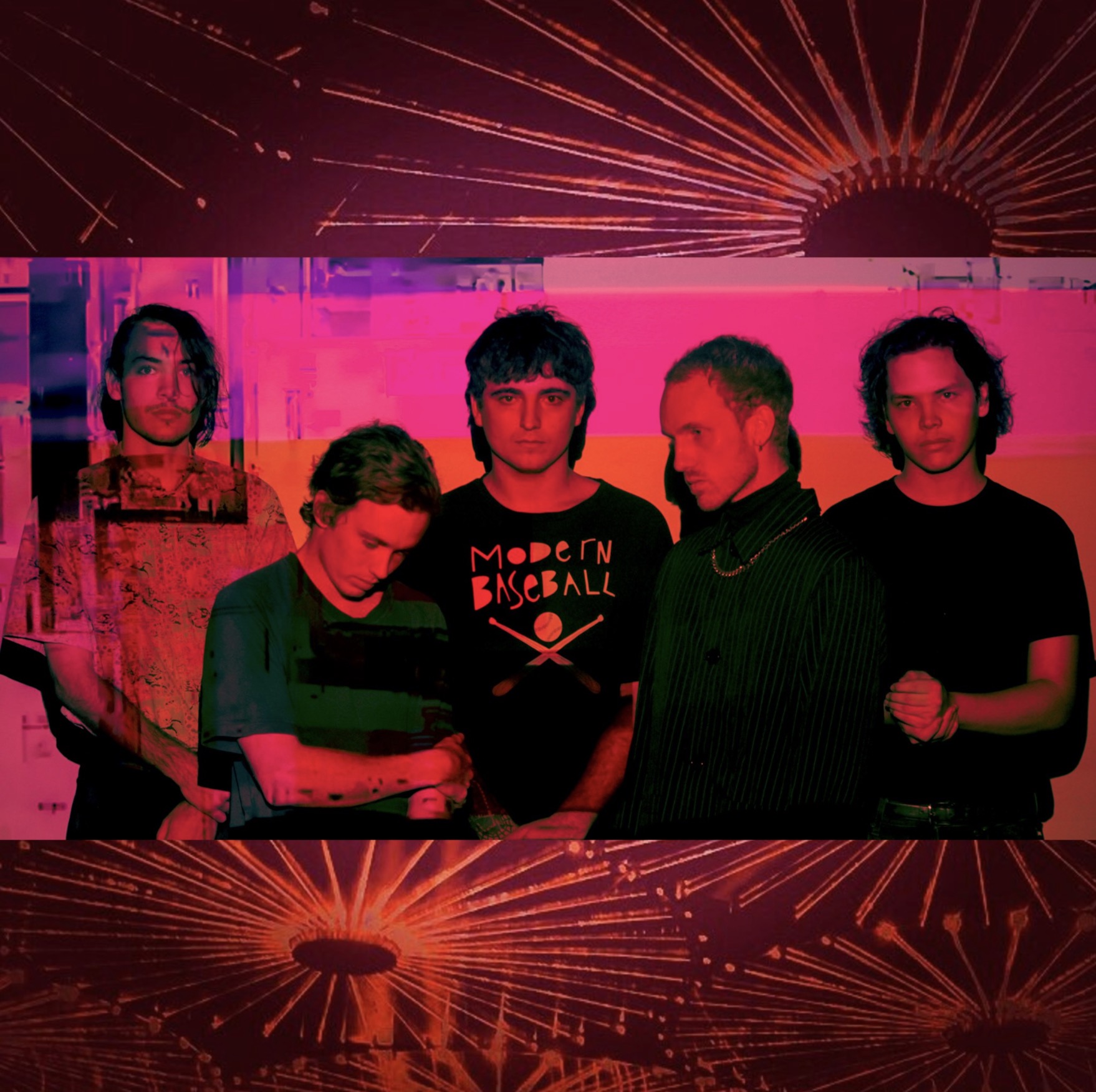 Darwin alternative rock outfit DRAFTDAY have released a new single ‘Misspent‘ that shows very clearly how this band has grown and matured musically in their short time together.

‘Misspent‘ is the sophomore single from their upcoming EP ‘When I Went Away‘, due for release May 19th. DRAFTDAY have continued to make ground, both locally and interstate, with radio play on Triple J attesting to their wide appeal.

Noteworthy with this track is that it does not feel like one thing or another – most bands experimenting with being ‘genre-fluid’ usually opt to do that with individual songs on the one album – not this time. This song bends all the way through, morphing from a contemporary hard-rock feel with off-beat rhythm at the (chorus) start, into a 1980’s The Smiths hard 4/4 textured verse with very Morrissey-esque vocals before picking up a Franz Ferdinand feel at the three-quarter mark. This is smart writing and the execution is very, very good. The guitar intensity provides the emotion, the song a treatise on heartbreak and how the regressive emotions therefrom can blur rational judgment. 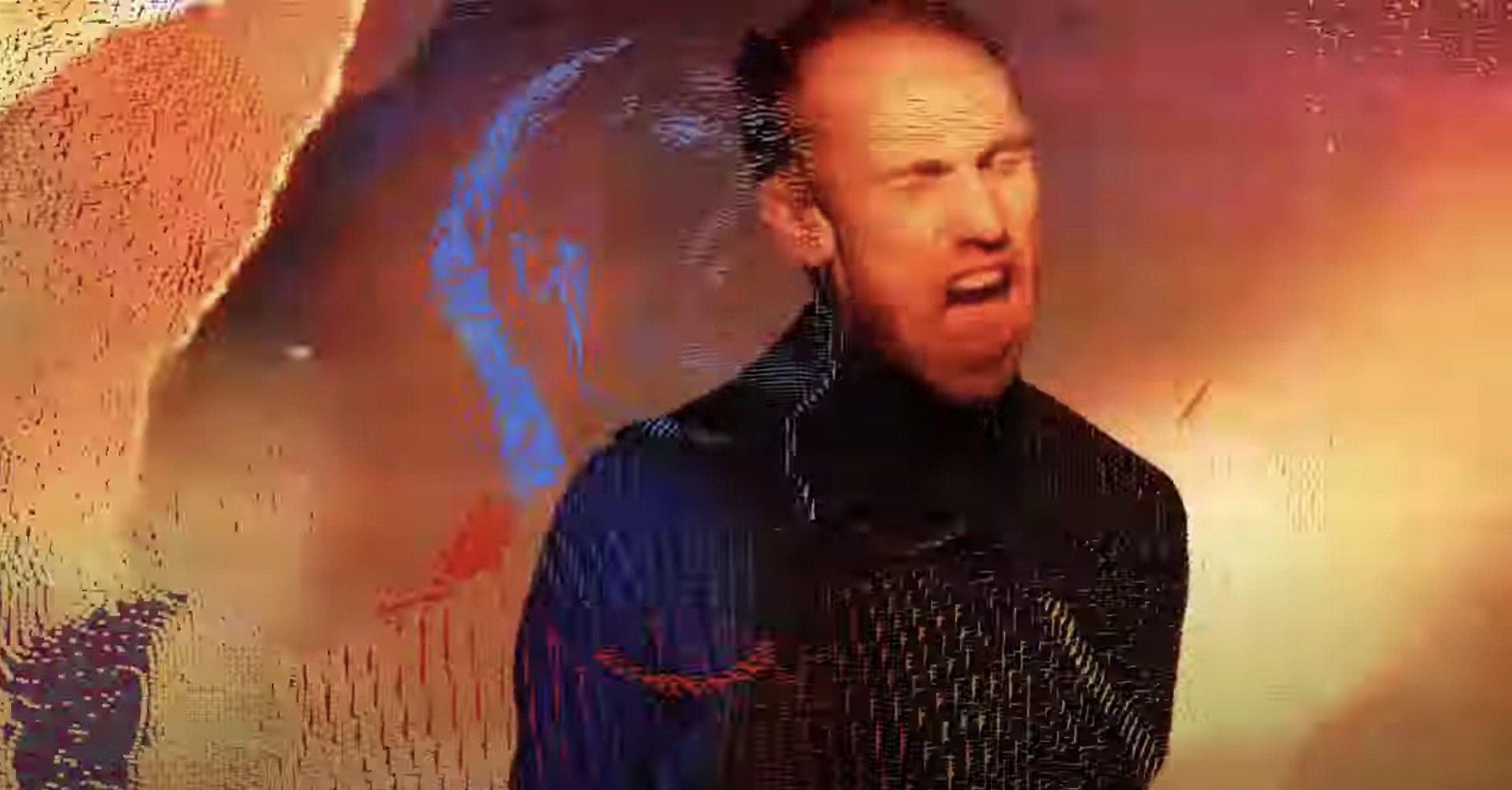 The accompanying video, shot by band member Tom Ford, metaphorically portrays this emotional blurring of perception – glitchy, almost dreamlike, the vid perfectly sums up what the band is trying to say – it is an anxiety attack, blind rage and falling down a hole all wrapped into one. Clever visual and vocal effects give an ‘out-of body’ feel, like one is outside oneself looking on as one spirals down.

The big issue for the launch of this quality single is of course that the COVID-19 situation means that, despite the launch date of May 19th, there won’t be a live gig to launch it at, at least not for quite a while. More’s the pity for this, but the band remains philosophical – after all, it isn’t all about them. Says the band’s bassist Manolis Kamitsis: “It’s a touchy topic musicians have to face. The best part is no one is singled out and we’ll all bounce right back when it’s over.” No doubt they will, no doubt at all.

This is good local stuff and is raising the bar in the NT for young bands to not only produce better work, but also to sort out the back-end of things like recording, music videos and marketing for themselves. It helps to have multi-talented contributors on the team who are fast becoming experts in their field, all the while improving the gene pool of professionals that local bands can call on. This is how a local industry culture develops for the good of all, and that is sorely needed at the moment. The track was recorded by DRAFTDAY at Lovely Audio (band member Manolis Kamitsis‘ operation) and by the ubiquitous Darwin legend Benjamin Masters (now Melbourne-based) at Masters Studio. Mixing and mastering was by Evan Lee and Ash Daws at Melbourne’s The Loud Noise Estate, the Darwin-Melbourne connection again working its magic. The band did their own promotional photos. That is grassroots right there, and other bands should take note.

Here is a link to all of DRAFTDAY‘s streaming and other online resources so you can easily get at their music:

Check out the ‘Misspent’ video below:

Connie B returns to the Centre with two world-renowned, award-winning singer-songwriters, Shellie Morris and Toni Childs. Connie B (Constantina Bush) is Australia’s premier Indigenous showgirl with a voice that has charmed audiences from the Sydney Opera House to Katherine, telling tales woven together with a wit that spares no one.
Inspired by Artback NT’s On the Couch with Connie B series that saw Emma Rowe as the first to ‘jump on the couch’ in September 2020, audiences will have another chance to dig deeper into the music and lives of Connie B’s guests…live and in person!
Connie B’s performance repertoire runs from Motown-style music all the way through to pop and her tunes are always accompanied by tongue-in-cheek comedy. You will never see Connie B in the same room as Kamahi Djordon King who was one of the first graduates of the Aboriginal Centre for the Performing Arts in 2000, who has since performed and toured with the Malthouse Theatre Company, ILBIJERRI Theatre Company, Finucane and Smith variety shows, and Yothu Yindi and the Treaty Project. Connie B has been performing since 2008, appearing at VIPAA Awards, Speigeltents, Darwin Festival and Sydney Festival.
Shellie Morris is poignant, knowledgeable and full of humour. Her illustrious career has balanced being one of Australia’s most celebrated singer-songwriters with her unwavering commitment to healing through music within communities. While she has been in the spotlight for many years with her involvement with Black Arm Band, Deadly Awards, ARIA nominations, Music Australia Award, NAIDOC Award, G.R. Burarrawanga Memorial Award and Australian of the Year Award, by and large, Shellie works on the ground reaffirming the identity of all those blessed to work with her.
Toni Childs – yes, that’s right – the American singer-songwriter best known for her songs ‘Don’t Walk Away’, ‘I’ve Got to Go Now’ and the Emmy-winning ‘Because You’re Beautiful’ will be adding her wisdom, warmth and music to the stage.
Your host will disarm you, encouraging you to laugh and cry with Shellie Morris and Toni Childs as you soak up their music.
Enjoy your Double Gin and Tonic!
TICKETS AND SHOW INFO
https://bit.ly/Double-Gin-Tonic

Hello all you lovely people. With a big smile, I'm here to let you know we are here to stay!

Hello all you lovely people.
With a big smile, I’m here to let you know we are here to stay!
We have all your Underground music needs sorted for your Saturday night out!
We wanted to create a space where we can come in and do what we love. And that’s playing music and making you mob dance!
We host a varied selection of DJ’s both local and international. We don’t discriminate when it comes to putting people on. But we do encourage people with the passion for DJ’ing to come in and show us their view of what is Underground, and to bring their best side of it to the people.
Smith St Social is a great venue for this, we have our roof top balcony bar for those house Sunset vibes, with an ever climbing energy and tempo into the late hours where we turn the bar into your own Darwin Underground nightclub.
There are drink specials on all night, and the food is great so we encourage you as a dancer to get down early to fuel up and catch the sunset vibes and then to party through the night!

Open Mic Jam Sessions are back. Everyone is welcome - Bards - Poets - Musicians and Speakers - bring your beat [...]

Open Mic Jam Sessions are back.
Everyone is welcome – Bards – Poets – Musicians and Speakers – bring your beat makers, horns and rattles and come get Groovy with us under the shady Banyans on a cruisy Saturday afternoon….

Tex Perkins has played a key role in Australian music! It’s understandably difficult to pull together a coherent picture of a [...]

Tex Perkins has played a key role in Australian music!
It’s understandably difficult to pull together a coherent picture of a man whose career has taken in everything from the groundbreaking experimental punktonica of Sydney mid-80s noiseniks Thug to the lilting, dark country of his recent material with the Dark Horses.
From the hard edged pub rock of the Beasts Of Bourbon’s, a snarling slice of filthy pub rock to the evocative soundscapes of The Cruel Sea, whose extraordinary 1991 single ‘This Is Not The Way Home’ placed Perkins’ world-weary growl in a new musical context and heralded the emergence of an entirely original yet archetypically Australian sound.
Then there’s the Tex, Don & Charlie albums, which saw Perkins joining forces with the legendary Don Walker, Cold Chisel’s pianist and master songwriter and son of the Clarence Valley, and Charlie Owen, previously Australia’s best kept musical secret.
Now is Tex’s exciting new (and long over due) collaboration with Matt Walker (a great artist in his own right) for duo shows. It’s a blues swamp-groove kinda thing that’s a little reminiscent of some of the things in Tex’s back catalogue. Many new originals inhabit the setlist, but see them now while they still have to flesh out the set with a few Cruel Sea covers!
“Tex has the swagger, presence and indomitable attitude that comes from years of fronting some of Australia’s most intense and spirited rock’n’roll bands. His take-no-prisoners approach to performance comes with the sensibility of an artist committed to the subtle (and often unsubtle) nuances of his craft. Throw in an astonishing voice full of power and depth, mix it with a dry and sardonic sense of humour and what emerges is the reason there is only one Tex Perkins”.
(Stuart Coupe)
PERFORMANCES:
30th January @ 8:30pm
TICKETS:
www.yourcentre.com.au/#!/events

An ongoing spoken word night at Dom’s Bar in
Nightcliff, Aralia st shops on Saturday 30th
@9pm on until late and then every Saturday night thereafter.
Free entry.
Licensed venue.
Poets,bards,hip hoppers,rappers , storytellers, comedians welcome.
Open mic for people that want to express orally.
Come on down and share your verse,freestyle or jam with language and sound..
MC’ed by barman Andrew and Noodle E.String.