Adelaide-based NT singer-songwriter Elli Belle has released her new single ‘Weight of the World‘, a delicate yet powerful track inspired by dire events in today’s world, but with a message of perseverance and hope.

Few artists do both vulnerability and strength at the same time like Elli Belle does. Here, Elli’s voice once again flutters around your ears, lilting here and there and with a gentle tremolo, slightly halting in places. She is worried but not scared; she is standing up for herself. Vulnerable, but determined not to become a victim.

“I picked up my guitar and the song fell out. Sometimes it’s a battle to draw a song out of yourself and other times there’s no effort at all”

‘Weight of the World‘ is a soft acoustic work essentially in two parts, with an inspired tempo-changing breakdown about halfway through, separating to a softer, prolonged entreaty to herself to get under this world-imposed weight.  Elli is known for letting her experiences, good and bad, greatly impact upon her artistic output and this track is no exception. Of it’s origins, Elli Belle recently told Scenestr music publication: 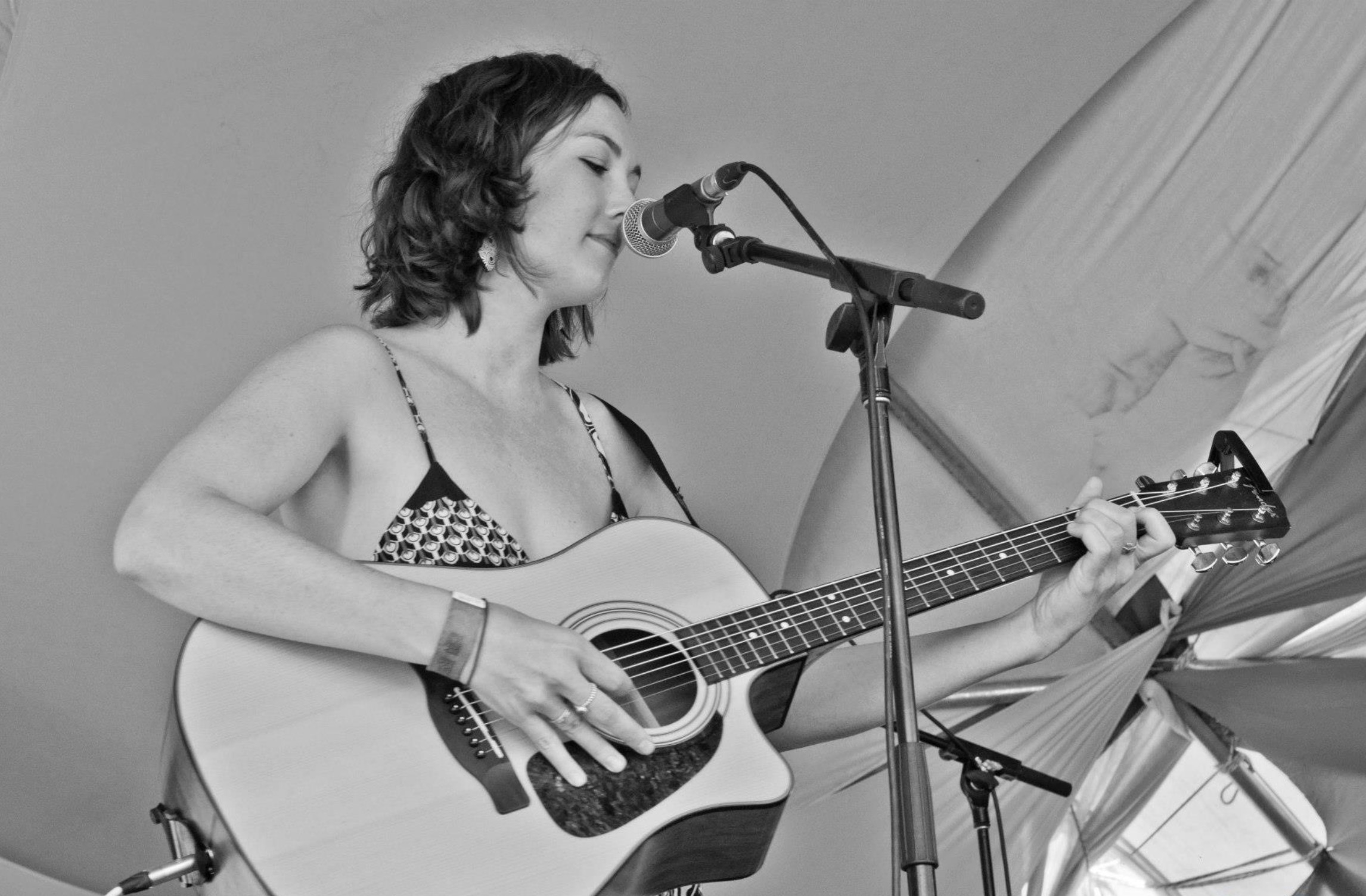 “I was in Alice Springs on my way to play at Wide Open Space Festival a few years ago when I woke up to news of the Bali Nine executions, Nepali earthquake and forced closure of Indigenous communities. I was also in a long-distance relationship at the time and struggling a bit with this. So I guess it all just hit me hard that morning and I felt really disheartened and sad.

“I picked up my guitar and the song fell out. Sometimes it’s a battle to draw a song out of yourself and other times there’s no effort at all. In this case, it was the latter. I posted a short clip on Facebook and a lot of people wrote to say thank you. In this moment, I was reminded of the power of music and grateful that I had something positive to give to the world.”

“On the day of recording, our host had to drive us into the studio because there was a big neo-Nazi protest in the city, following Trump’s election”

Elli goes on to detail how the recording of this track evolved organically on the other side of the world, and the irony of recording such a peace-driven work against a climate of hate and intolerance swirling just nearby at the time:

“When I moved to Berlin in 2016, I met a musician called Pavel and we started playing together. We resonated musically (and personally) and he really loved this song, so he came up with another guitar line and insisted that we record it, then setup a weekend with his friend (Ashkan Fardost) in Stockholm, Sweden to do so.

“On the day of recording, our host had to drive us into the studio because there was a big neo-Nazi protest in the city, following Trump’s election. I remember thinking how ironic it was, that there could be an eruption of violence on the streets nearby to where we were peacefully recording this track, ‘Weight Of The World’. Sadly, the song remained relevant but it was quite empowering to sing it that day too. Again, I felt overwhelmed with gratitude for music and the role it plays in my life. 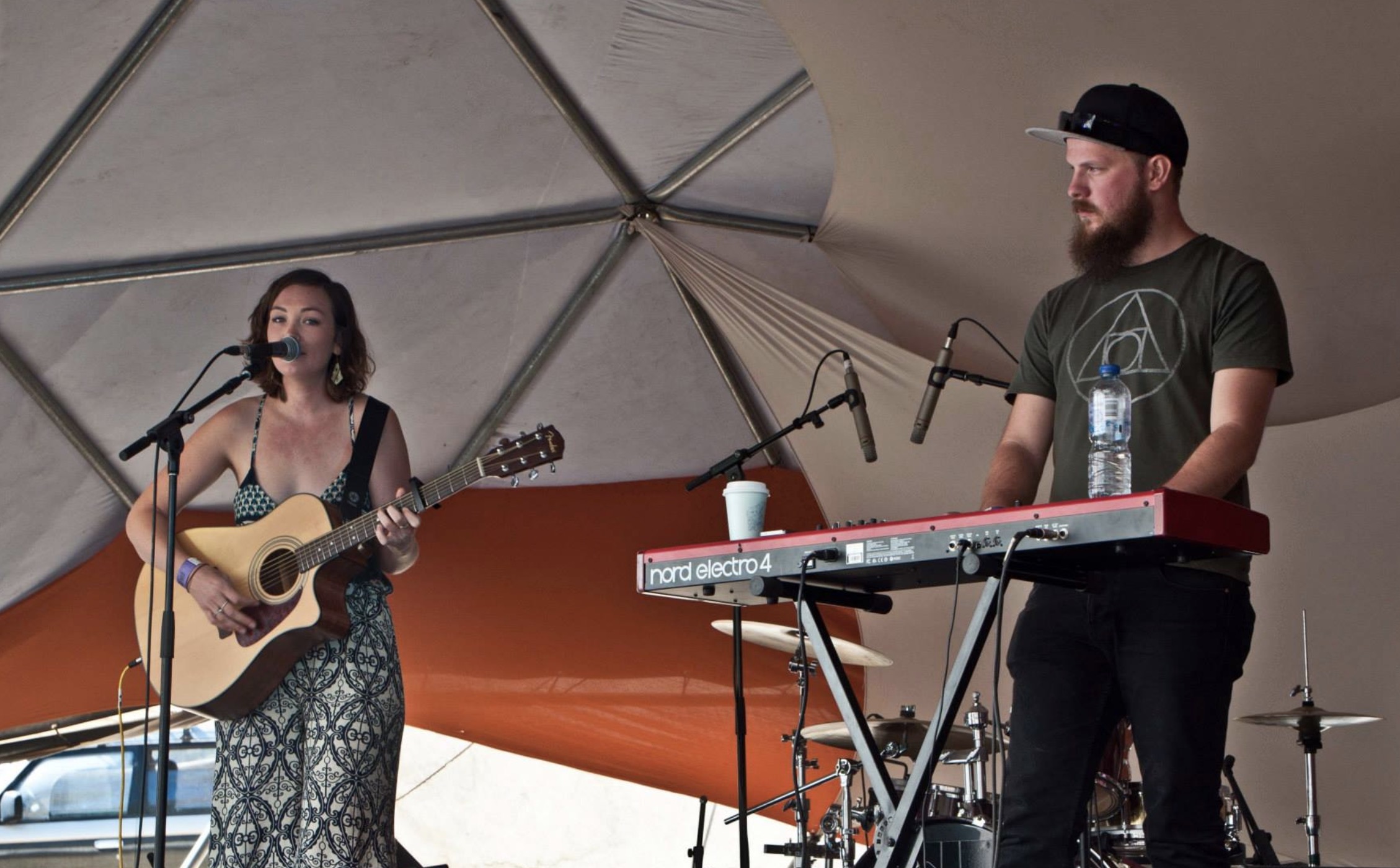 “Just prior to our stay, Stockholm had experienced their most severe snowfall in 200 years. The city was painted white and there was a huge super moon. I remember taking a snack break from the studio and being blown away by how beautiful it was, and I hoped for some of the magic to find its way into the recording. Eventually I got one of my closest friends in Berlin (and regular busking buddy), Lucas Laufen to mix and master the track – and he did a great job.

Have a listen to this track on the embedded link above and let the goosebumps form as you do so. Elli Belle has a unique way of letting her voice tell the story as much as her actual words do. Listening to this truly remarkable vocalist is a 360 degree, multi-dimensional experience that calls upon the listener to open up pathways into themselves to connect to the subliminal, not just the aural. You feel Elli Belle’s message as much as hear it.

Elli Belle is the current recipient of the Moshtix and Music SA Female Music Industry Scholarship and deservedly so. Elli is also a past Northern Territory heat winner of the Telstra Road to Discovery.