Foldback Magazine, as media partners with the National Live Music Awards (NLMAs), are pleased to be able to announce the 2018 Northern Territory division nominees: 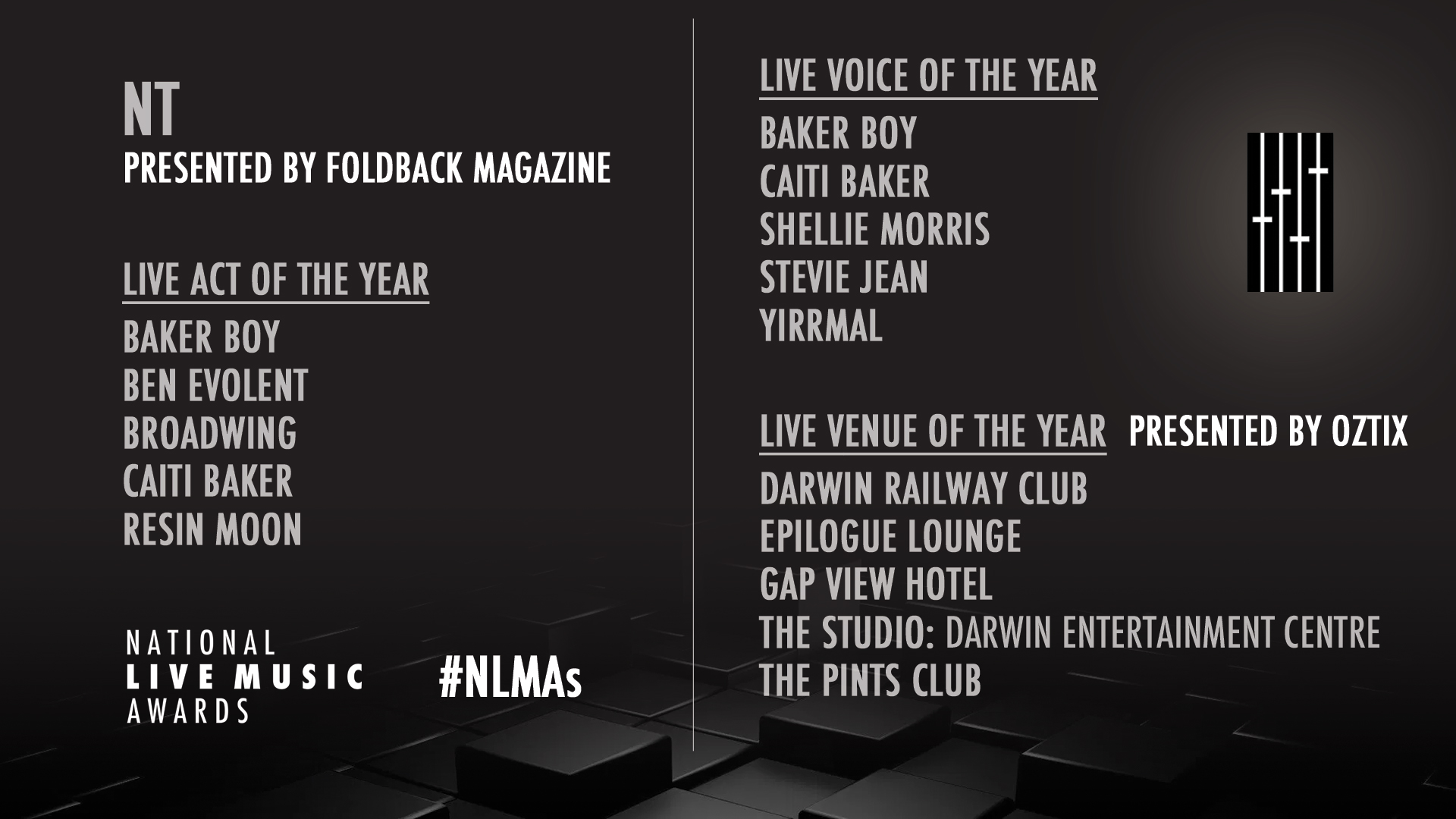 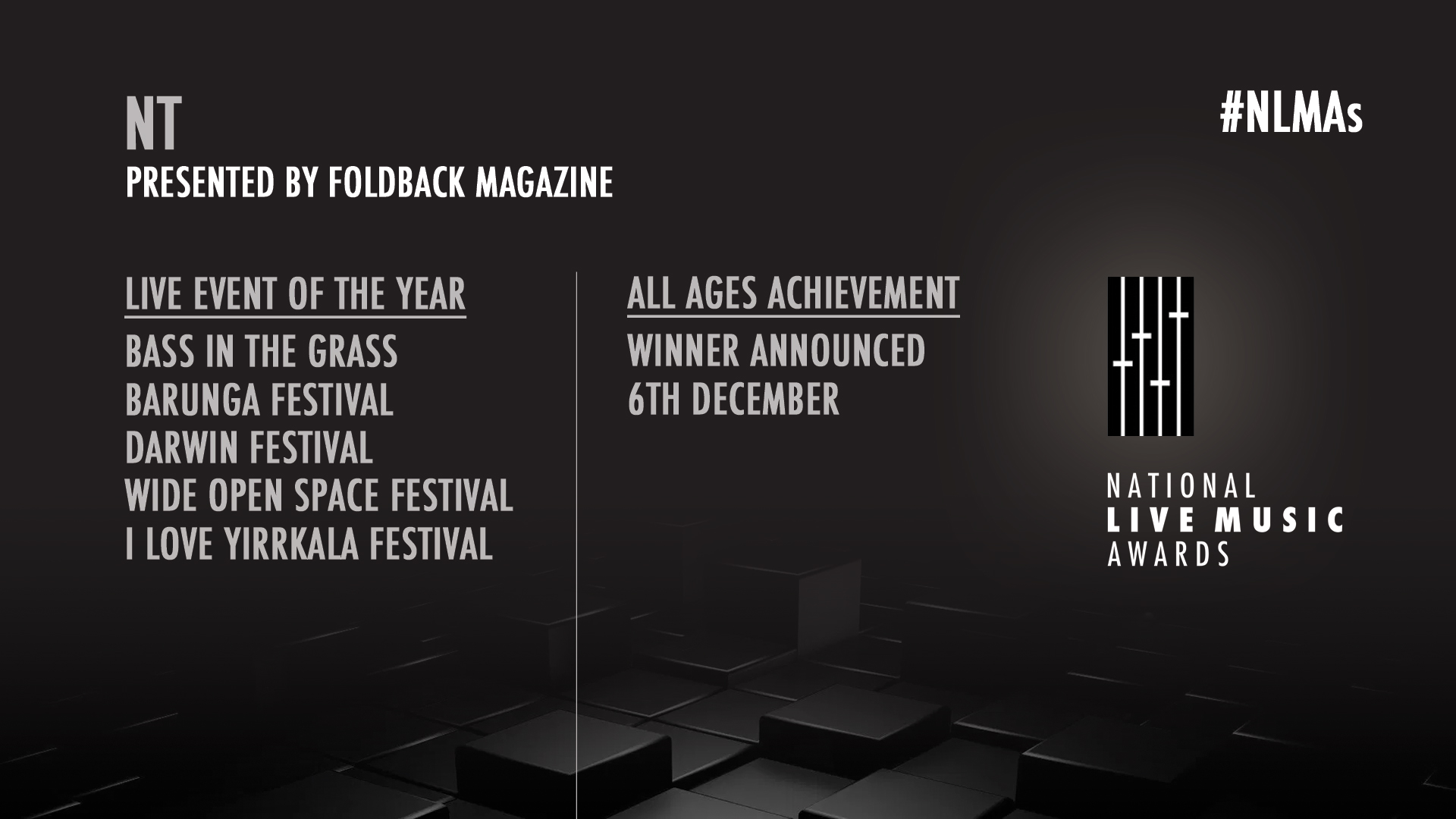 *The All Ages Achievement Award (AAA) recognises the achievements of an individual, organisation, band/artist or event who have worked through the red tape and helped make all ages events happen in the Northern Territory.

This year’s award ceremony will be held at the Darwin Railway Club, simultaneously with all other State and Territory events across the country on Thursday December 6.

The National Division nominees will be announced later today.