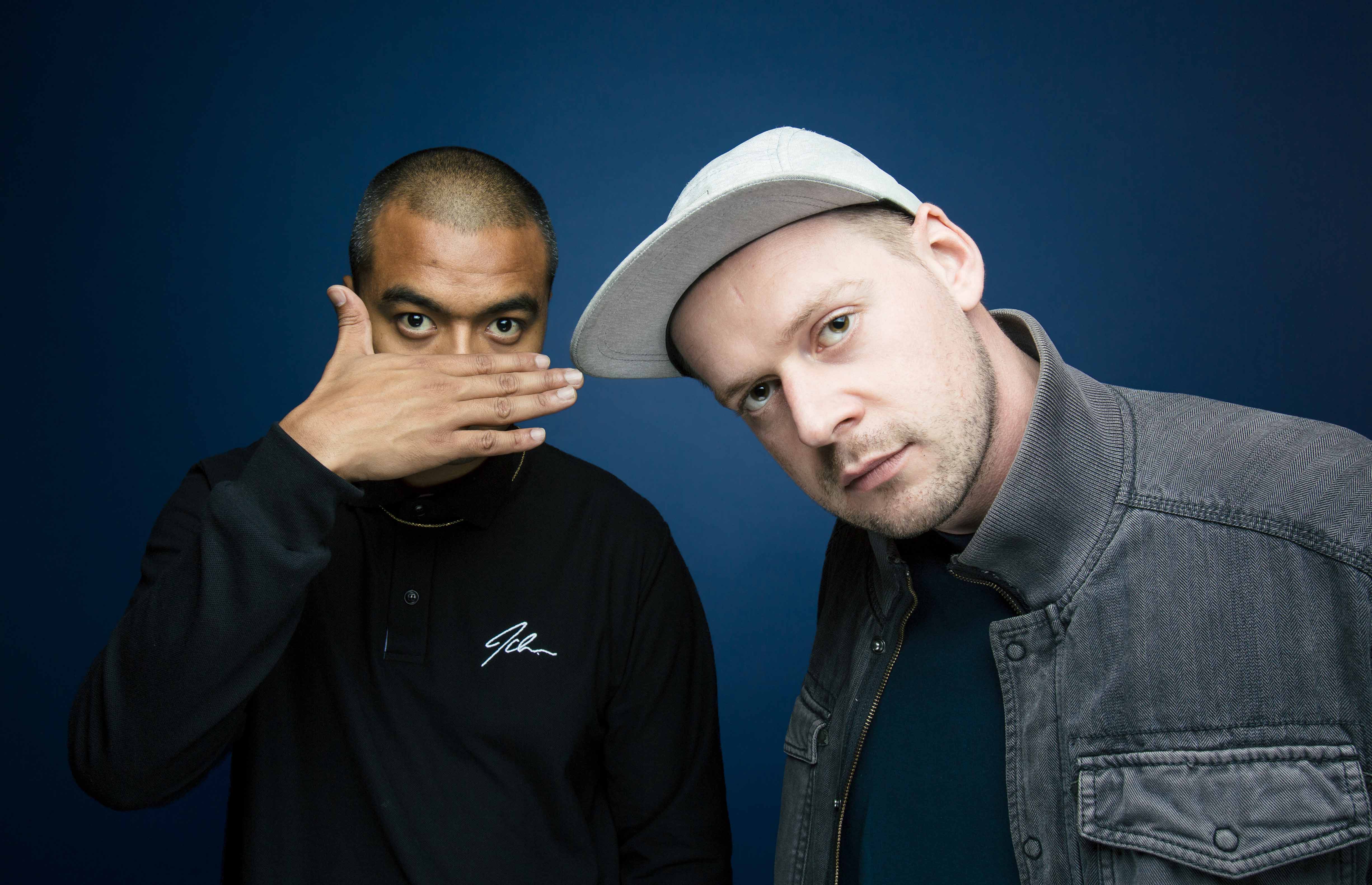 Foldback Magazine caught up with Solo from Horrorshow recently for an in-depth chat about their new album ‘Bardo State’ and their current national tour, ending in Darwin on Friday July 21.

Having a brief rest back home in Sydney’s inner-west before the next leg of the tour, Solo was reflecting on Horrorshow’s new album ‘Bardo State’ and the long journey the duo (he and producer Adit) has had to get to this point, now with several albums under their belt since first hitting out from their teen years. With both men approaching thirty and at that stage when enough water has passed under the bridge to carve and shape wisdom from the rock of life, Solo is seeing clearly the path he and Adit have taken and the path they are yet to create for themselves.

We first asked Solo about the inspiration for the new album – the answer shows a crew of immense depth, both musically and philosophically and with a maturity that comes from simply doing and achieving and all that this entails. For those unfamiliar with the term, ‘Bardo State’ has it’s roots in Buddhism and describes a sort of twilight between two planes of existence, that of the ‘in-between’ of life and death – the metaphor easily carries over to that time in a person’s life where certain achievements have been made, a tipping point for the next phase where one is neither one thing nor another but sort of waiting at the station for the train to the next destination – Schrödinger might well be pleased at this life-stage superposition that Horrorshow has explored but this is more a spiritual thing than a half-dead cat thought experiment. The album didn’t start out with this in mind but a theme soon revealed itself as the work progressed. Solo explains: 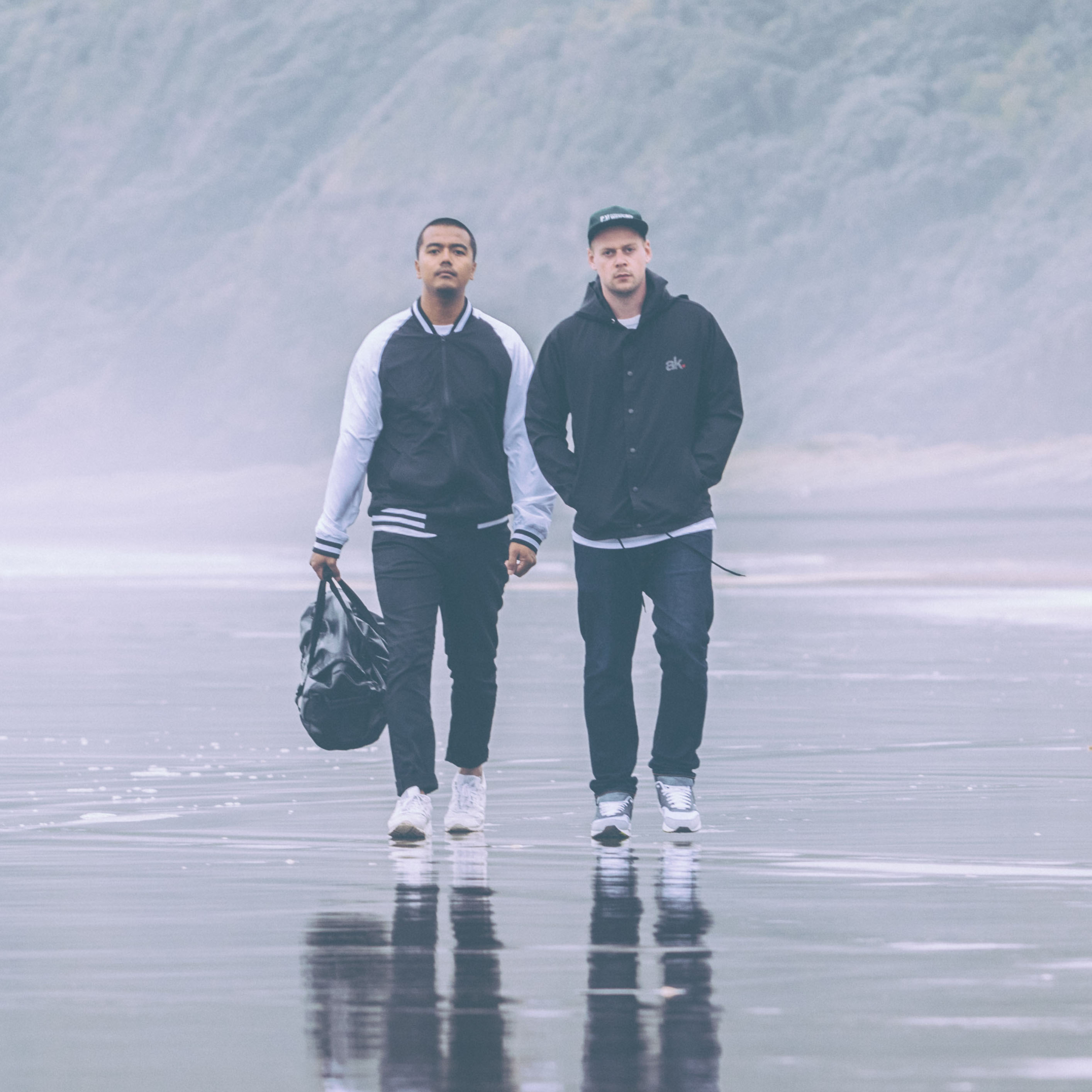 “I guess the album is really a snapshot of the last few years of our lives. It tends to turn out that way with every record. This time around we didn’t really set out with a particular concept in mind, we just made a bunch of songs, experimented and saw what stuck. About half way through the process when we had a whole bunch of the songs in front of us we started to go through them all really closely and identify some of the common themes and stuff. There seemed to be a lot of recurring imagery of dreaming and being awake or asleep, also even touching on being sort of in between life and death. Around that time I came across this concept called the Bardo, which is an idea from Tibetan Buddhism, which basically is like an ‘in-between state’.”

“Obviously Buddhists believe in reincarnation so they believe that after you die, for a period of time you are in this state of being called the Bardo where you are kind of caught between two different lives on Earth and it just really struck me as a kind of cool metaphor for a lot of the things on the record. I think in a lot of ways the record deals with sort of being caught between different things in life and caught between your past and your future and maybe being caught between where your life is now and where you’d like it to be. So once I discovered that concept it seemed like the perfect way to tie all those themes together. The Bardo – that’s what we call it in English but that’s not really its proper title but that’s where this concept comes from.”

There seemed to be a lot of recurring imagery of dreaming and being awake or asleep, also even touching on being sort of in between life and death

The ‘in-between-ness’ thematic struck the artists as being quite close to home in both their personal and their professional lives. Solo continues:

“We are both twenty-nine. We are approaching thirty and were are at an interesting point in our lives where, you know some of our friends are still kind of holding on to their youth in that sort of care-free time and others are getting married and having kids and some are passing away and things like that. I just think we’re at a point where we’re in between those two phases of our lives but also musically we are at a bit of an in-between place where we have a lot of love for older kind of sounds and traditions and stuff but also we’ve spent the last couple of years being exposed to a lot of new music and flavours and in that way we are bit in between an older set of sounds and a newer set of sounds.”

That mix of old and new (of sounds as well as thematically) is quite pronounced on tracks on the new album such as ‘If You Know What I Mean’ and ‘My Time’ – the latter perhaps a more specific reference to Bardo where they recognise the plane they have reached and the next (hopefully higher) steps to follow. Wordsmith Omar Musa features on ‘Ceiling Fan’, as do many other guests throughout the recording here and there. Space restricts us on a dissertation of all the tracks on this album – just have a listen, you will get it.

Rock and roll speaks to more people but the people that hip-hop speaks to, it speaks to them more – they are more receptive to it

Hip-hop is of course a very descriptive form of music, giving rappers a platform from which to story-tell in a detailed way. We asked Solo about hip-hop’s place in Australian music and if he thinks it speaks to people more than ‘traditional’ rock and roll – ever analytical, he posits that hip-hop is a medium that finds the people that are apt to appreciate it, rather than speaking to a broad church per se:

“Rock and roll speaks to more people but the people that hip-hop speaks to, it speaks to them more – 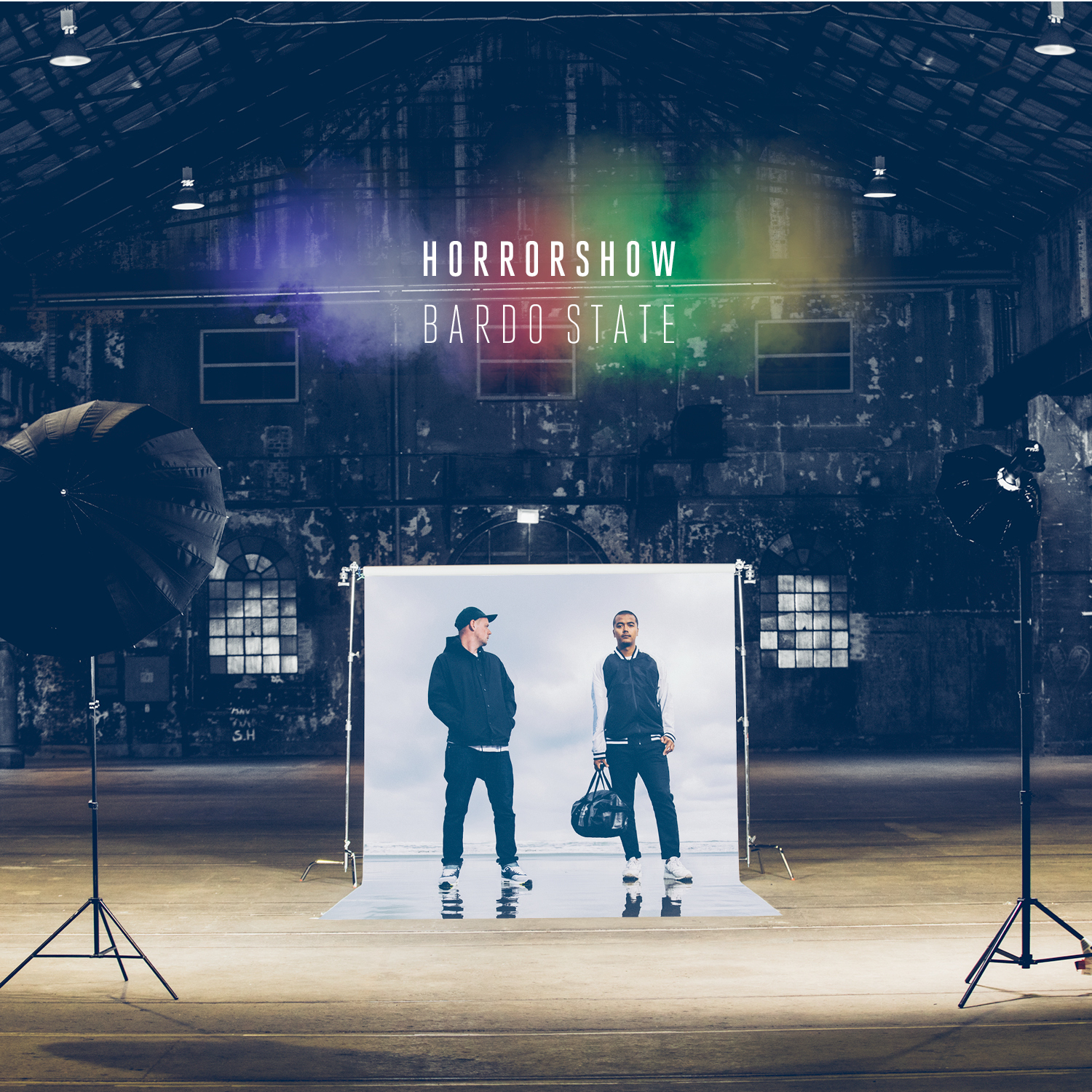 they are more receptive to it – for people who identify with hip-hop and who love it, they are super passionate about it and maybe they engage with it on a level that is maybe a bit deeper… having so many words in hip-hop, maybe it makes it able to deal with detailed concepts and really tell stories through rap music in a way that I don’t think you can do in quite the same way through other genres – through pop and rock and dance and stuff. It might not be the most popular music in the country, but for people that connect with it, they really connect with it on a deep level and we definitely see that with our music. The people who come to our shows really, really love it and know every word and you can see in their faces what it means to them. That’s the kind of energy that hip-hop breeds, I guess.”

The writing process on this album has been a lot more organic than on albums of the recent past. With Adit at the beat helm, Horrorshow have rediscovered that the creativity flows more smoothly when the process is approached with the attitude that, above everything, it has to be enjoyable. Making Bardo State in a more experimental manner gave the duo the opportunity to re-experience the chemistry and creativity they had from earlier times – Solo elaborates:

“I think it was great man, the best that it’s been for years (the writing process). On our last record (King Amongst Many) we had really lofty aims and maybe got a bit caught up in trying to achieve those aims and maybe we overthought things a bit too much and this time around we just got back to enjoying experimenting together and enjoying each other’s creativity. Working with our wider crew on a project (One Day collective) which saw us working in a band with seven members – that was really cool to be a part of but as you can imagine, a bit tricky for both of us to navigate but the chemistry we have as a duo, it made us appreciate it and excited all over again about what we’re capable of just as a duo when we put our heads together.”

“This album, we really tried to just be more impulsive, not put so much pressure on things and just go with something if it felt right and we just made it. We enjoyed that and, as a result, the album has a lot more spontaneity or flare to it than our previous one. Making a record is a lot of hard work and hours spent so you want it to be as fun and dynamic as possible and we definitely got back to that on this record and I think you can hear it in the end result.”

“We’ve always trusted our instincts but maybe this time around there was a renewed confidence. We both felt like we had stepped up in our abilities from the last record in 2013. We were a bit more able to back ourselves and really follow through on those ideas without the doubt and overthinking them and that can sometimes stifle your ideas by the time they make it onto the record. The ideas that did make it on there, they didn’t have to go through such a heavy kind of filtering process. They are a bit more natural and spontaneous.”

So – what can Darwin punters expect from Horrorshow on this tour?

For a start, they are bringing their full band on this one, with Dane Connor on drums and Freddie Crabs (Sticky Fingers) on keys (yay!). Solo says that these artists have been a part of Horrorshow’s music for along time, since they started – playing the same venues and hanging together. As he points out “these guys are family.

Bringing the full live band has filled out the sound and made the live act just so much more dynamic, according to Solo. This fact is tangible on Horrorshow’s recent Triple J ‘Like A Version’ appearance with their eclectic take on The Whitlams’ ‘No Aphrodisiac’ (see embedded video below). Solo’s mixture of straight vocals and adding his own rap to this former Hottest 100 No. 1 (1997) shows the depth to this artist and his band fellows that cannot be understated – Solo can bloody-well sing and the band is tight as, fully expected by the pedigrees within. Darwin and Alice Springs, you are in for a fucking treat.

Solo is ‘super-pumped’ to be playing in the Northern Territory again and it is important to Horrorshow to get around the regional centres as often as possible – as he points out, the regions are a huge and often neglected part of Australia, oftentimes simply by the economics of the business. We are sure that Darwin and Centralian audiences will be amongst the most appreciative in the regions for this crew to serve it up large.

Horrorshow play Discovery Darwin (with Topics and King Klass) this Friday, July 21 and the Gap View Hotel Saturday July 22 with Skank & Shake – tickets are available at:

The album Bardo State is available for purchase through the usual suspects at: https://inertia.lnk.to/BardoState