Northern Territory’s Post-Hardcore five-piece We Burn Bridges just announced the release of their debut EP ‘Head Prison‘ on May 17. As a taste of what’s to come, the band dropped the single “Self Drought” with a music video to accompany.

Isolated away in Darwin, We Burn Bridges has been carving their name into the local heavy music scene over the last few years. In 2016 the track “Coward” was nominated for Northern Territory’s Heavy Song of the Year. Since this, the band has been working hard behind the scenes to add new flavour to “Coward”, to create four new songs to add to their repertoire and to bring the ‘Head Prison’ EP to life. 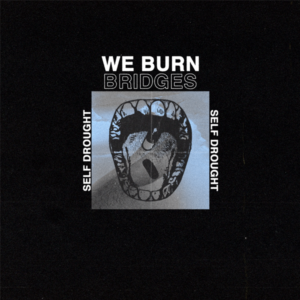 “Self Drought” is plucked straight from the brain space of vocalist Jack Ryan and touches on themes of unhealthy habits. “Self Drought for the most part is about my struggle with addiction” says Jack, “…not necessarily addiction to drugs or alcohol but the nature of addiction and how I can become fixated on things that aren’t healthy for me. Writing this song helped me put things into perspective and get through a bit of a rough time. No one is ever alone, there is always help out there and I hope people are inspired to find that after hearing this track.”

Paired with driving guitar riffs from Alisdair Mahoney, deep bass lines by Manolis Kamitsis, heavy drums from Luke Kohler, raw vocals from Jack and intervals of clean vocals provided by Ben Masters (who also plays drums in Tapestry), “Self Drought” is a solid example of what’s to follow.

Supporting the likes of Northlane, In Hearts Wake and Hellions to name a few, We Burn Bridges is no stranger to the stage. The band will be launching their single at Happy Yess in Darwin with fellow homegrown talent Clockwork Riot, Fat Pigeon and Assailant on Friday April 5.

We Burn Bridges brand new EP ‘Head Prison’ will be released on Friday May 17 and can be pre-ordered now at iTunes & Apple Music/Spotify/Google Play and all good online stores and streaming outlets.