Sydney-based Psych Rock Reggae Fusion outfit Ocean Alley will be at Darwin’s Mindil Beach this Saturday in support of Tash Sultana on her Flow State World Tour (all-ages event), making this one of the biggest gigs to hit Darwin for a while. Foldback Magazine spoke to Ocean Alley’s Mitch Galbraith about the band’s origins, philosophies, direction and their amazing growth over the last nine years.

“I think it’s almost totally influenced our style and our sound and our philosophies on music. We all started as friends just mucking around in a backyard shed. We’d already been hanging around together for years down at the beach, surfing. Yeah having a small village by the beach and we are very privileged, very lucky people to grow up in a part of the world like this and it’s definitely the main reason why our band formed the way it did.” 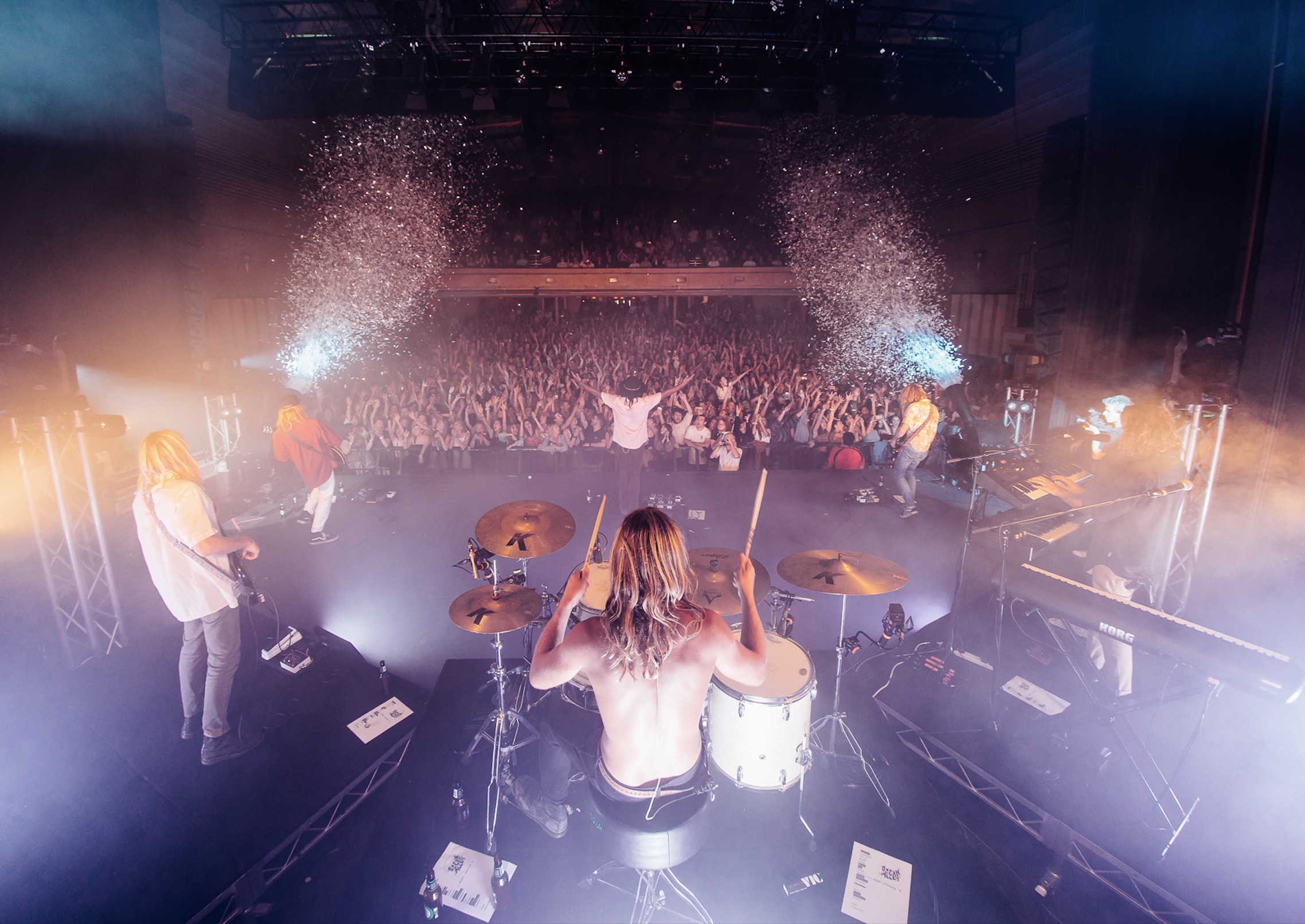 As to the development of their particular musical style, Mitch says that the surfing environment and the period they all grew up in had a huge influence:

“We’re all surfers, so we grew up surfing and we fell into that genre of surf music in the late 90’s, 2000’s. It was guitar and, it was just that new music that young people were always listening to. I mean, we’ve seen and gone, the heavy focus on electronic music – they were the front runners in the popular polls back in 2002, 2003. So it’s just a bit of everything but definitely the place has shaped our band in the fact of, we’ve always had time to play music and spend music time together snd spend time having fun and relaxing as well.”

Further on their style and influences, Mitch says of reggae:

“On the reggae thing, that’s the first genre of music that we started playing together – it’s so simple, and it’s so visceral and so easy to come up with something you can dance to straight away. We thought we were geniuses when we started playing that stuff  – like we invented it (laughs). We thought ‘Oh shit, this sounds real good, we’re alright!’ (laughs)”

Of their songwriting processes, Mitch is happy to say that nothing much has changed since the early days, despite their successes – it is still a democratic process, with everyone having equal say on what gets laid down:

‘The method in which we write songs has not changed one bit. But the sounds and the finished product that we’re after now, is totally a product of all the stuff that we’ve done before. When we’re writing new music, we criticise heavily the stuff we’ve released recently, and we try and build on that and how can we make it better, how can we make it different, so that tends itself to a natural progression of sound, but definitely the method in which we write and record is exactly the same.”

On the lyrical side of the equation, Mitch says that they all write their own parts and, as Baden is the main vocalist, he is the main lyricist:

“We help (Baden) with all (his) stuff as well. I don’t think his approach to lyricism has (changed), it’s developed naturally but I don’t think he’s changed it drastically. He tends to write lyrics that, you know, you could almost post-rationalise that it’s a story about him but it’s really just a story about anyone and I think he tries to build this imaginary world in his head and this imaginary situation in his head that he can then use as a catalyst to coming up with these lyrics. It’s more of an imaginative theme than some direct experiences thatBaden has gone through.”

There is no doubt that Ocean Alley is on the ascendancy, having been voted Number 1 on triple j’s Hottest 100 for 2018 for the sublime track ‘Confidence‘ (see video below) and making the list for past songs as well, not to mention extensive world tours past and looming. After their Darwin performance, the band is set to play Fremantle before touring New Zealand. Next is a set at Bluesfest and a show in Bali before an extensive North American tour from late May through to early July. Many of their shows on this tour so far have sold out, and two of their shows in Canada in June have already sold out.

“If we’ve spent time in the studio to record it and develop it, taking that risk to think that it’s going to be worth going on the record, it just ends up going on there. So it’s not like we’re sitting there trying to cull thirty songs down to the fifteen that we think are going to suit.”

On top of all this, their third studio album (as yet unnamed) is on its way, which will contain their recently released single ‘Stained Glass‘ (see video below), an airy, floaty offering with a soft, smooth groove and a bit of a message. We asked Mitch if Stained Glass was indicative of the theme of the new album, or if the new album was going to be thematically diverse:

“I can assure you (the album) is going to end up being a bit all over the shop. That’s just how we write music. We’ve got another few songs that we’re working on now at home, to take into the studio eventually this year. We sort of work in blocks of three or four songs. We’ve found that that’s paid off for us in the past. We have that time to focus on just a few songs at a time. And all the music that we’ve written ever has, we haven’t really not released music if we’ve made it. If we’ve spent time in the studio to record it and develop it, taking that risk to think that it’s going to be worth going on the record, it just ends up going on there. So it’s not like we’re sitting there trying to cull thirty songs down to the fifteen that we think are going to suit.”

With the band’s hectic touring schedule, we should not expect the new album to be out any time this year. Mitch says however that they will be taking some time out in the studio for week-long blocks to get things done, and hopefully they will have something to show people early next year.

Mitch also says that they are very grateful to have such a good touring relationship with Tash Sultana and they all very much respect her work ethic and professionalism: 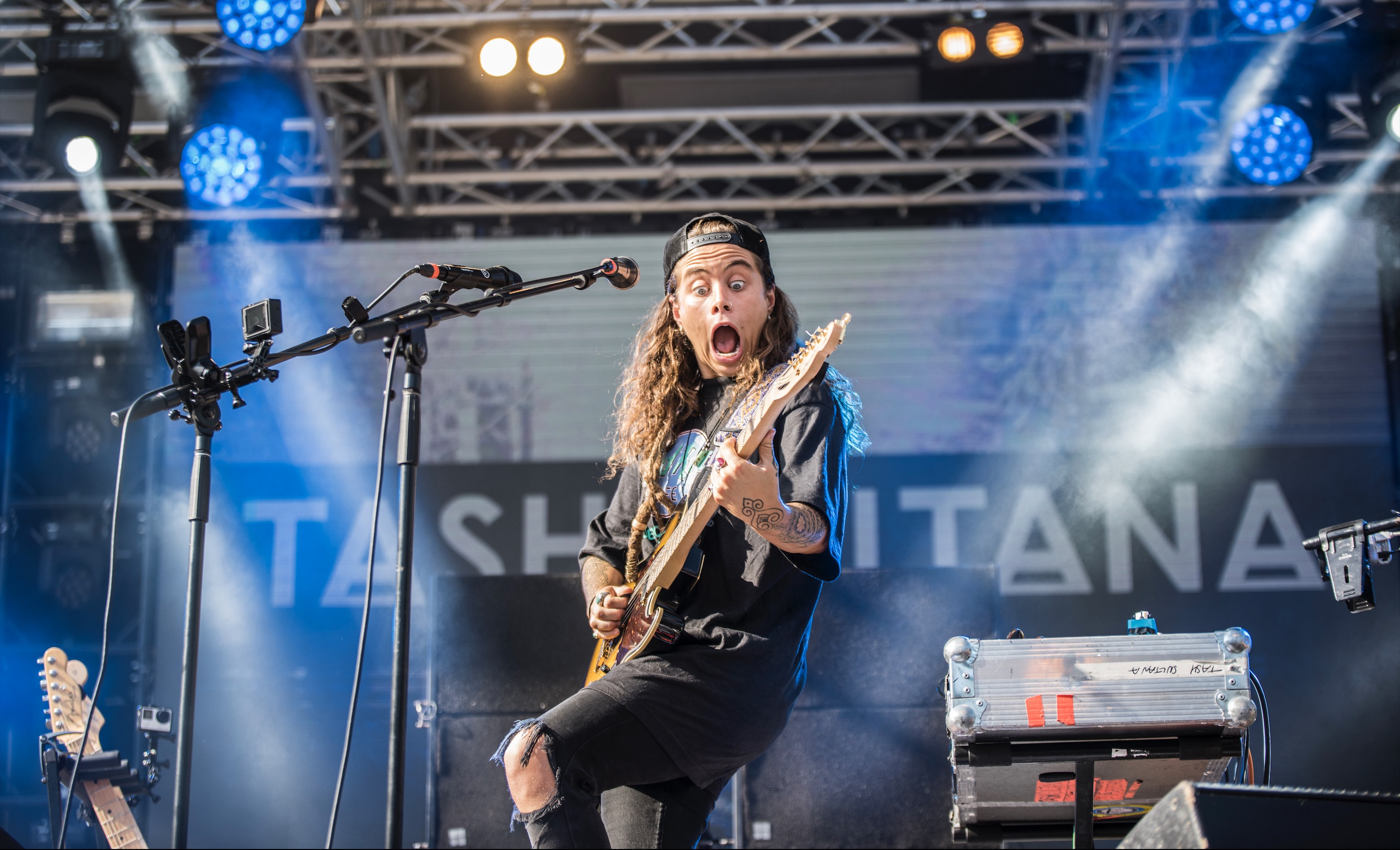 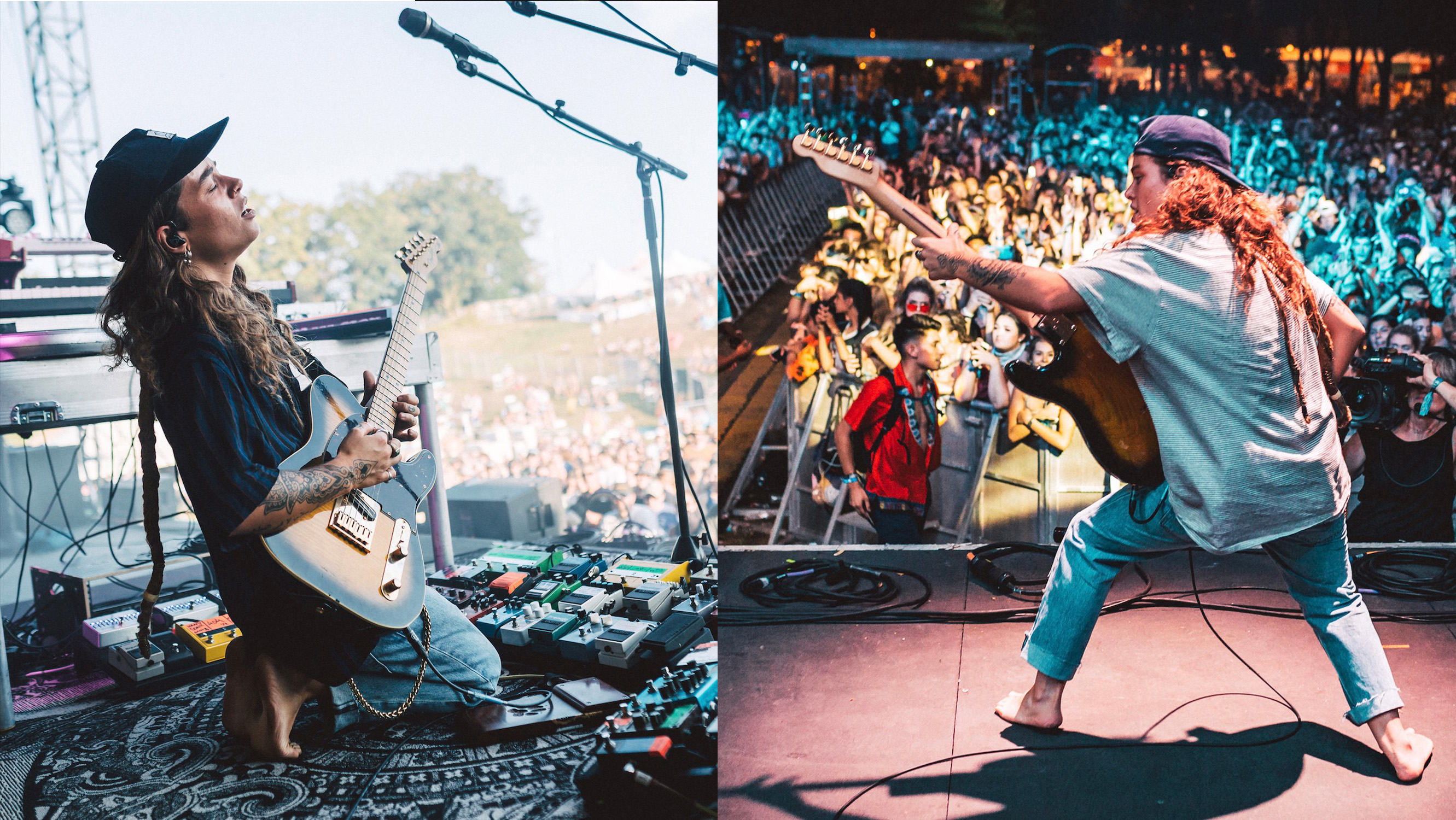 “(Tash) has sorta taken us under her wing a bit, just by giving us this opportunity. When we first played with her at a venue in Melbourne called  170 Russell, she invited us along, saying that she liked our music and thinks we would add to her show. She has asked us along on a handful of tours since then. Her and he crew have a very professional setup…she has a lot of pressure on her plate and she is doing such a fantastic job, putting on these giant shows.” 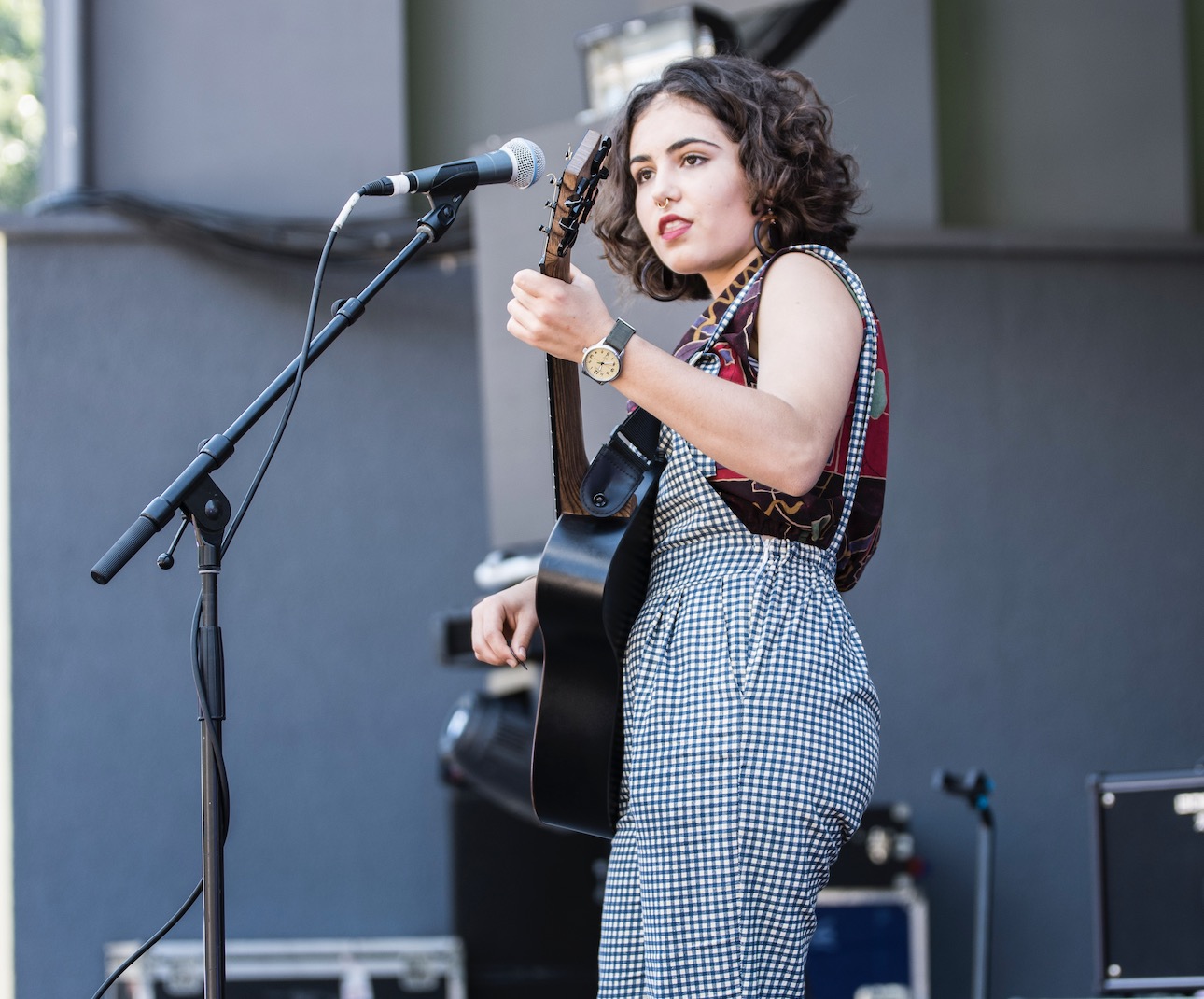 Along with Ocean Alley, Tash Sultana is also being supported on the Darwin leg of her tour by our very own rising star Stevie Jean, who is opening the Mindil Beach gig. This is a great opportunity for Stevie and a great opportunity for Darwin to see Stevie Jean really shine on a big stage in her home town with major touring acts following. If you have tickets for this event, make sure you get there early to see Stevie and get your full money’s worth of entertainment – you won’t be disappointed.

This is an ALL AGES event with special guests Ocean Alley and Darwin’s own Stevie Jean. Tash will be playing a 2 and 1/2 hour headline set with full production and world class visuals.