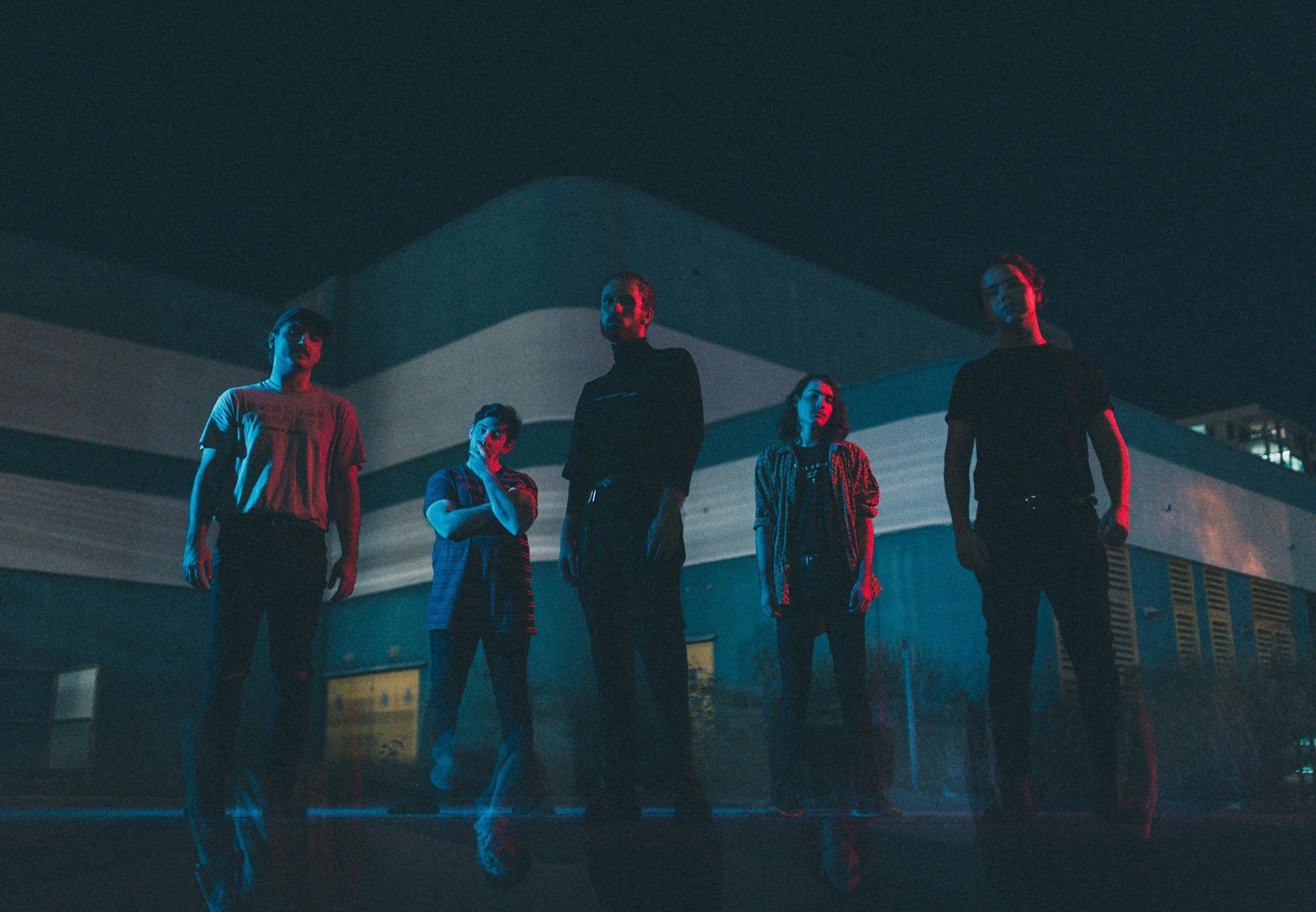 The band (Arran Barker, Lucas Sharp, Tom Ford, Manolis Kamitsis and Luke Kohler) have seemingly popped up out of nowhere to bring this offering to NT music lovers. There is a lot of combined talent and a wealth of live music experience amongst these young’uns, and we at Foldback Magazine can’t wait to hear what else they can do.

Formed in late 2018, Draftday is a merger of young musicians from different outfits who got talking at gigs and parties and realised over time that they all needed to get into a room together and see what they could lay down. Of this process, Arran says:

“We spent a few months constantly writing in our home studios together throwing any idea we could out there to develop a sound that we thought would best represent ourselves. And over time it moved into what our first track ‘Soap’ really epitomises. A real sense of honesty, it’s raw and feels like a burst of catharsis for our wanting to put something together for so long…the major thing with Draftday is maintaining ourselves as a group of friends who just want to project their collective artistic ideas out there as a method of outlet and our own Joy at seeing something come together.”

After releasing their first track, the band aims to continue writing and to begin work on an EP within the next few months and try to translate the music they’ve written onto the stage. “Getting out there and playing some shows is what we’re most excited for, we also want to try and bring out some great visual work which we’ve been collaborating on with some local artists” said Arran.

We very much look forward to the stage show that this ensemble can produce. Have a listen to ‘Soap’ here: https://linktr.ee/draftdayaus?fbclid=IwAR3aAKUwAPXtsFnV_FbPR0E75APtPZOLLLr12qlJZCHbSJGYt83WOP8zjE0