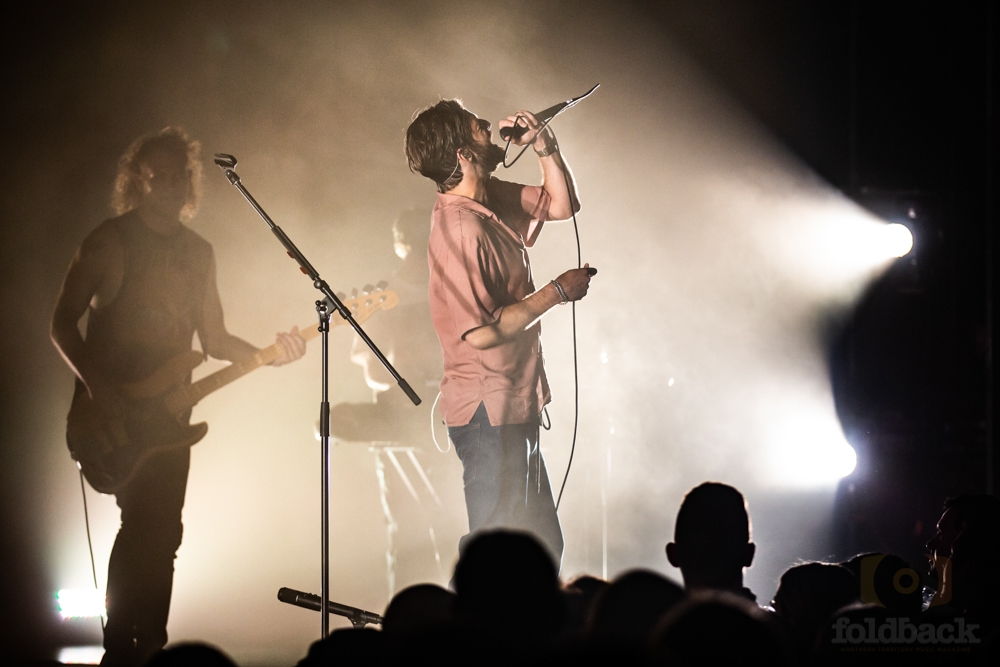 2018 has proven to be The Rubens’ biggest year to date, releasing ‘Lo La Ru’ in June, embarking on a mammoth worldwide headline tour across Australia, New Zealand, the United States and Europe and most recently supporting P!nk on her massive 42-date sell out arena tour of Australia and New Zealand. 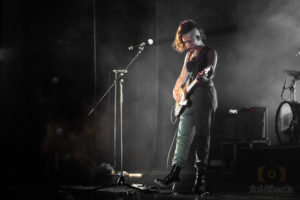 Local vocal queen Stevie Jean deservedly won a nationwide competition held by Triple J to open the night. Her set contained songs from her unreleased EP as well as current Triple J favourites, ‘Hell in Every Religion‘ and ‘Estranged‘. The gig was in the seated Playhouse which I think was a strange choice for an energetic band like The Rubens. But Stevie did an amazing job of captivating a slightly awkward and reserved seated crowd. 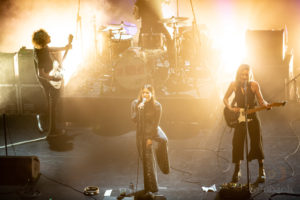 Little May have travelled with The Rubens and for the whole Lo La Ru tour and seconds after they took to the stage I could see why they were picked for the job. Delicate harmonies, elegant musicianship and earnest songwriting would break easily into energetic live showmanship and then ebb back into stillness and quiet. They have an old school charm and a Fleetwod Mac vibe. After only knowing a few songs I’d vaguely heard on Triple J before the night, it’s safe to say I’m now in love with their music. It was clear that they were a little put off by the seated crowd too, but it didn’t stop them putting on an amazing performance.

As the last show for the tour, lead singer Hannah Field gave an emotional thank you to The Rubens for giving them the opportunity of doing this tour, which I think made everyone tear up just a little along with her! 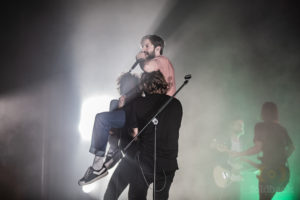 The Rubens took to the stage with quiet confidence and a ‘Here. We. Are.’ attitude. It’s obvious how accustomed they are now to playing large arena shows. An amazing light show accompanied a set full of tracks from their third and very different album, Lo La Ru, as well as hits and favourites from their first two albums. Halfway through the set, The Rubens lead singer, Sam Margin, apologised to the small children in attendance before asking the audience to “Get the fuck out of your seats!” The crowd finally amped up after this.

A cover of Chance the Rapper’s hit, ‘Same Drugs‘, was performed brilliantly, however, I don’t know how many of the crowd knew the song which let it fall flatter then it should have. 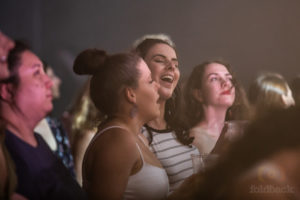 During their song ‘Hallelujah‘, Sam suddenly gestured to the front row where two very small children were sitting with their parents, one of which was clearly a huge fan. He got the boy on stage and his crew got him a tambourine. The look of sheer joy on the kid’s face as his idol sang to him got everyone in the feels. He soon got his brother up as well and it’s safe to say gave them something to talk about for many years to come. 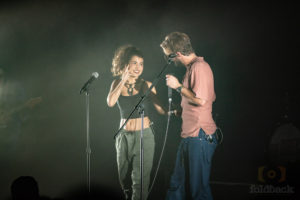 As part of the competition to open for The Rubens, Stevie Jean also won the chance to join The Rubens on stage, singing Sarah Aarons’ part on their hit single ‘Never Ever’. Stevie nailed the difficult song and the crowd loved it.

After finishing with ‘Hoops‘, the song that won the Triple J Hottest 100 in 2016 and catapulted The Rubens into stardom, they left the stage before they were very convincingly yelled back on for an encore. A stripped down ‘Lay it Down‘ then broke into ‘Million Man‘ for a joyous end to the night and end to their tour.